‘Tis the Season to Spot a Celebrity in Austin

While you’re running around doing your holiday shopping and entertaining, keep your eyes peeled for celebrities. Many actors and musicians hail from Austin and head home for the holidays.

Whether walking down South Congress with family or catching a movie at the Alamo Drafthouse, we’ve spotted a few of the stars listed below out and about in the ATX during the holidays. Here’s who to be on the lookout for. 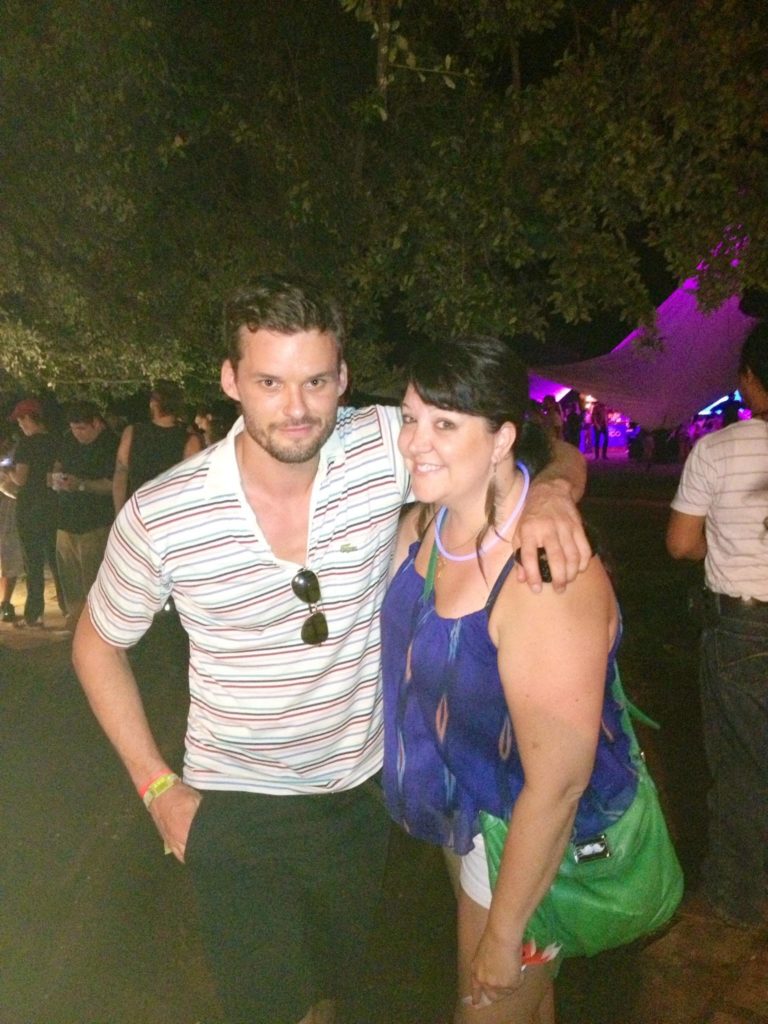 Austin Nichols at an ACL party in Austin in 2012

Nichols currently stars on AMC’s “The Walking Dead,” but you may know him better from “One Tree Hill” or “Ray Donovan.” Raised in Austin, the McCallum High School grad left the ATX to attend the University of Southern California, but he still comes back from time to time. In addition to snapping the picture above, he’s also who we spotted leaving a movie at the Drafthouse one Christmas week. When we tweeted about seeing him, he even replied. 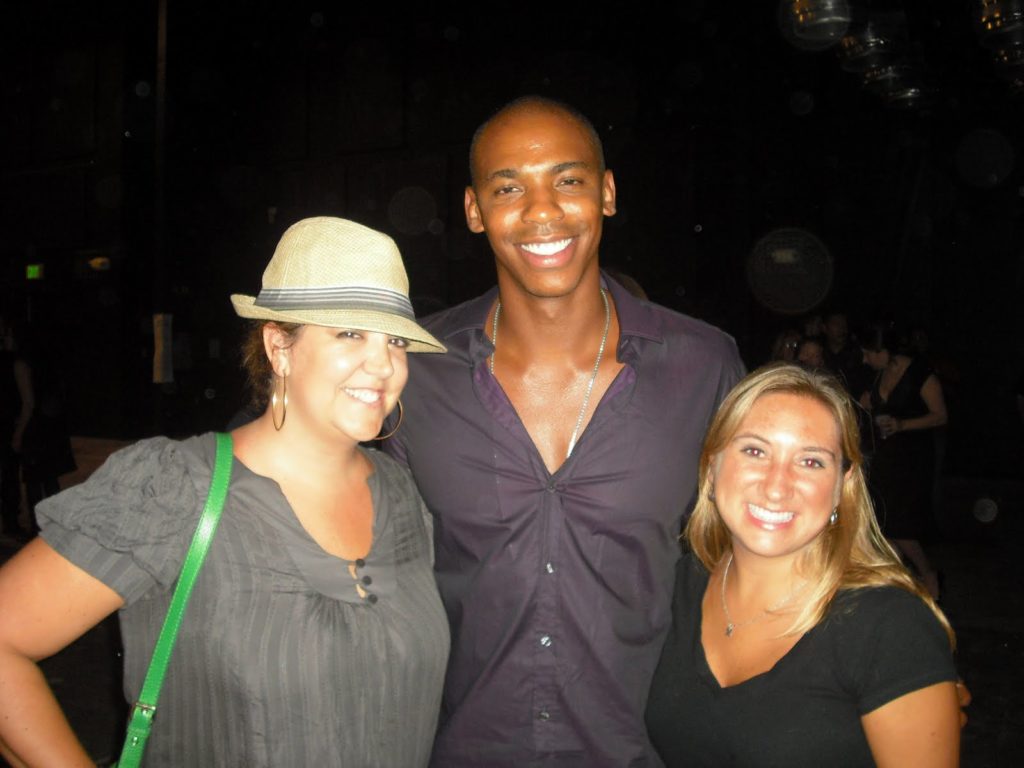 Born and raised in Austin, Brooks was All-State in basketball at LC Anderson High School before enrolling at USC to study Cinema-Television. He previously appeared on “True Blood,” “Necessary Roughness,” and the Austin-shot short lived series, “My Generation.” You can see him on the small screen every Monday on the CW’s “Supergirl.” If you want to see him in Austin, follow him on Twitter as we’ve seen him post about visits to the ATX in the past. Most recently, he was at the Capitol visiting the African American Memorial which, apparently, his mother played a role in establishing. He also posted some vintage pictures on Instagram that were tagged in Round Rock. 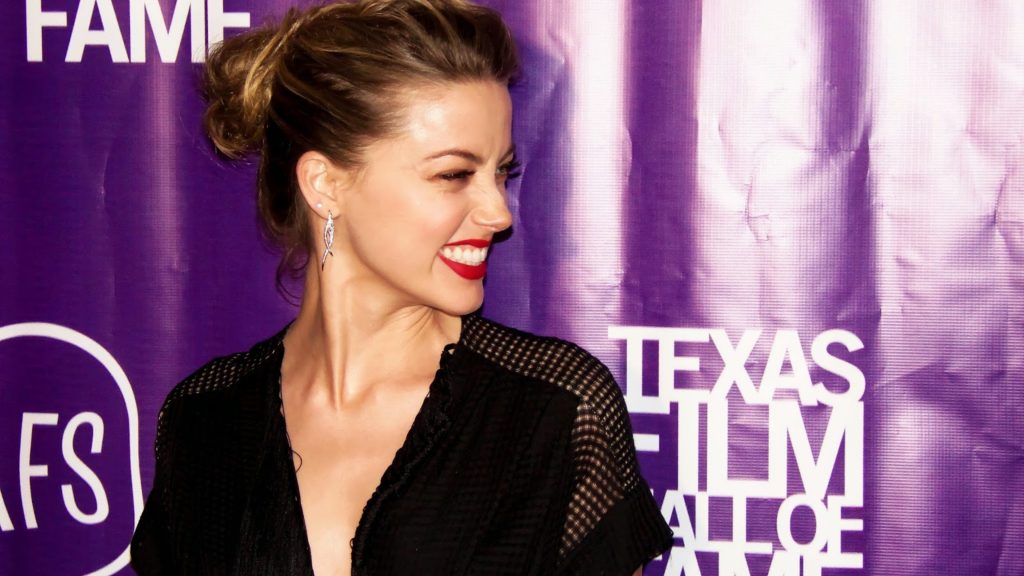 Heard’s made quite a few headlines in the past year in regards to her divorce from Johnny Depp. A good old hometown Christmas may be just what she needs. Born and raised in Austin, she dropped out of high school to move to NYC to pursue modeling and later earned her diploma through a home-study course. Her acting career began with the big screen version of Friday Night Lights. She went on to appear in Zombieland and The Rum Diaries, which both had red carpet screenings here in Austin. In 2014, she was inducted into the Texas Film Hall of Fame. Besides the award ceremony, we have no reports of an Amber sighting in Austin, but there’s a first time for everything!

Happy thanksgiving!!! And, yes, I did teach Thomas that face 😉

While Padalecki’s CW series, “Supernatural,” shoots in Vancouver, he and wife Genevieve call Austin home. Born and raised in San Antonio, his big break came in 2000 when he landed the role of Dean Forrester on “Gilmore Girls.” He recently reprised the role in the Netflix series “Gilmore Girls: A Year in the Life.” The actor isn’t shy about his love for his adopted hometown. Follow him on Instagram and you’ll know when he’s around. On Thanksgiving he posted a photo of the family at the Turkey Trot at the Palmer Events Center. Love that Mean Eyed Cat shirt he’s sporting. While he lives out near the lake, Padalecki has been seen at numerous Sixth Street locations, including, of course, San Jac Saloon which he co-owns.

Best known as Tim Riggins on “Friday Night Lights,” the Canadian born actor fell in love with Austin while shooting the popular series in our fair city. He’s gone on to big screen fame with starring roles in John Carter, Lone Survivor, and Savages. The Lake Austin area resident has thrown a Rock the Brazos party in Austin for the past three years that benefits his favorite charity, African Children’s Choir.  In 2015, he told Austin Way why the ATX is so special to him: “It’s the people, the vibe,” he said. “There are no ulterior motives when you meet people.” Clear eyes, full hearts, man. Kitsch just returned to the ATX from shooting American Sniper in Rome. He was spotted posing for pictures with fans on the East Side last weekend. 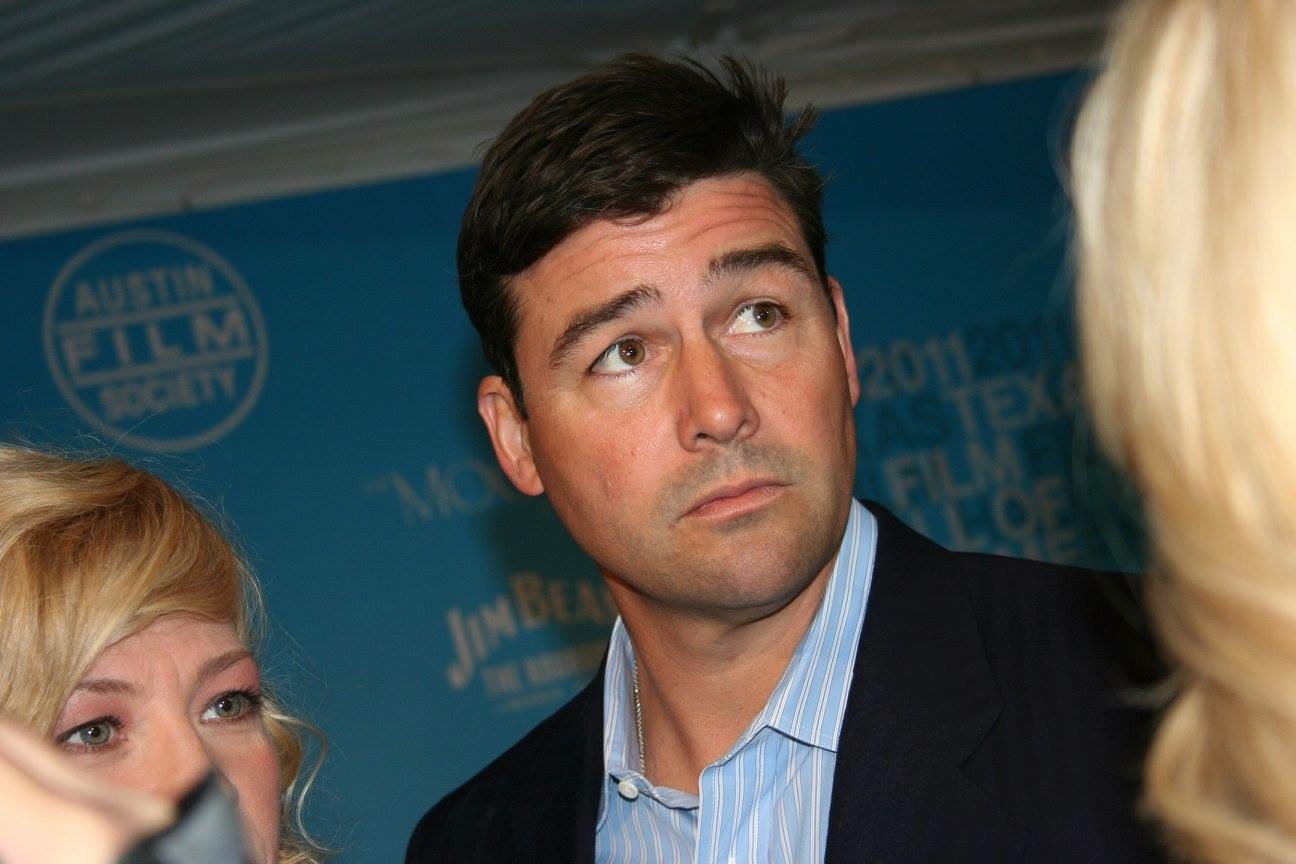 Kitsch’s “Friday Night Lights” coach Eric Taylor also calls the Austin area home. Chandler’s career began in the George Strait helmed film Pure Country, and it’s been onward and upward ever since for the actor, who currently stars in Netflix’s “Bloodline” and the upcoming feature Manchester by the Sea. The Dripping Springs resident accepted the Star of Texas Award with his “FNL” wife Connie Britton at the Texas Film Hall of Fame Awards in 2011. In 2015, Chandler took the Hollywood Reporter to his three local mainstays: The Driskill Hotel, Perla’s, and The Continental Club. 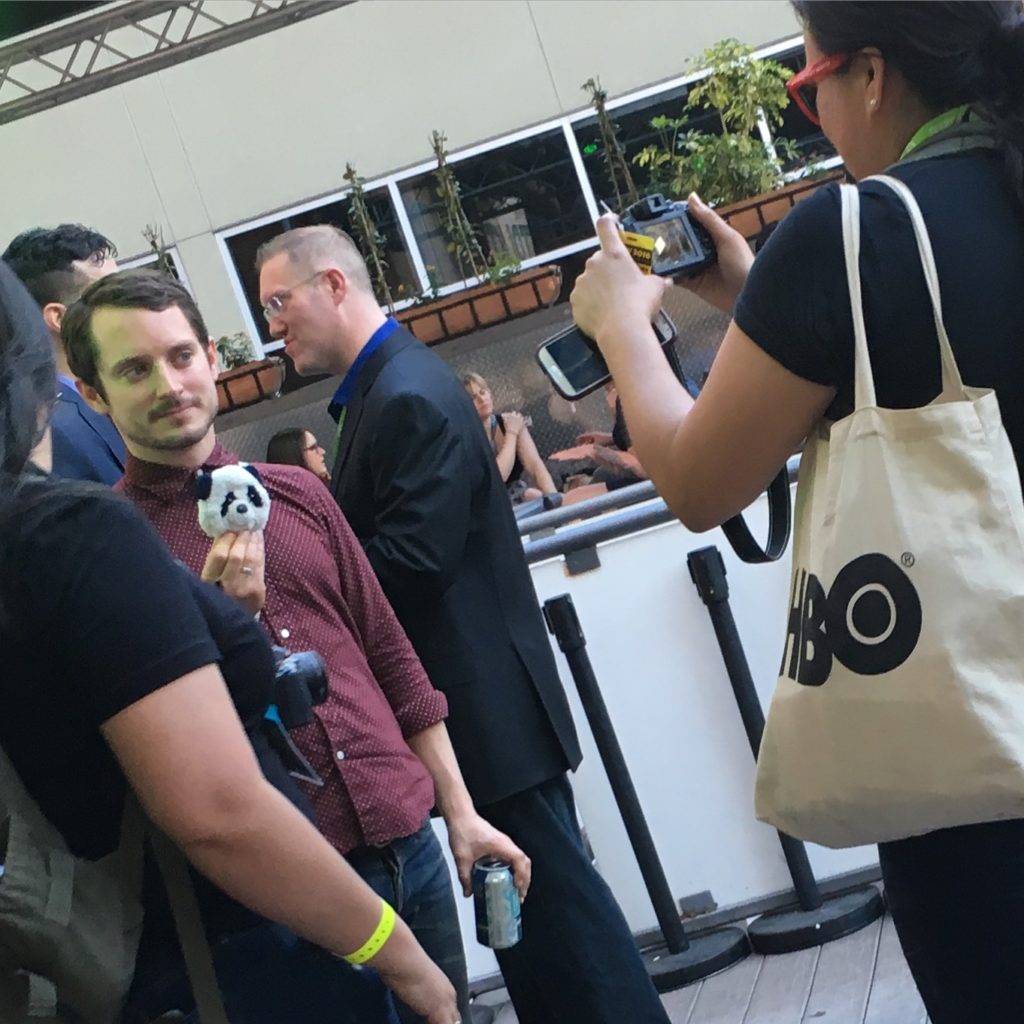 Wood moved from Santa Monica to Austin in 2013 and has been spotted in various locations around the ATX over the years. A child actor, he is probably most known for his role as Frodo in the Lord of the Rings franchise. He also appeared in the Austin-shot Richard Linklater film The Faculty and Robert Rodriguez’ Sin City. Currently, he stars in the BBC series “Dirk Gently’s Holistic Detective Agency.” Wood told Austin Monthly that he loves dining at Uchi, Qui, and Odd Duck, among others.

Loved welcoming the @thefryecompany to #Austin last night! I got to wear the new #FRYEmodernicons collection (which, in addition to looking cool, actually felt like feet pillows.) @VogueMagazine #FryeAustin

While she was raised in Charlotte, Decker and her retired tennis pro hubby Andy Roddick love all things Austin. She often shares photos of life in the ATX on her Instagram account and recently went boot shopping at Allen’s and the new Frye Company store. Decker started her career as a model and transitioned to acting with small roles on a few TV series and the film Just Go With It. She currently stars in Netflix’s “Grace and Frankie.” 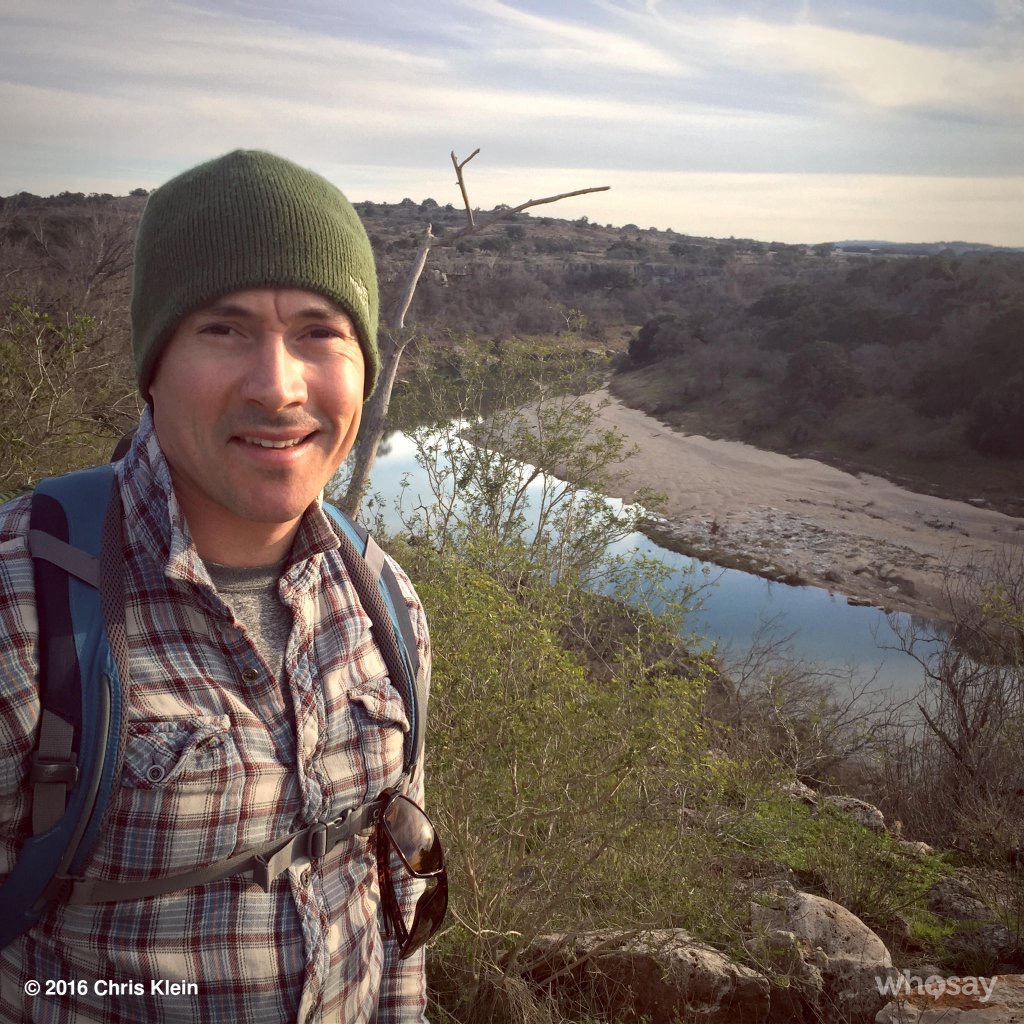 Klein was outed as an Austin resident when he made the rounds to the local TV stations promoting his film Game of Aces. He even piloted a plane while chatting with CW Austin’s Joe Barlow, telling the reporter the thing that surprises him about Austin is how much it’s grown. Join the club, bro. You probably know Klein best as Oz in the American Pie film series. He also dated Katie Holmes pre-Cruise.

Luna is proud of his Austin roots and even engages with fans like us via Twitter. The St. Ed’s graduate is best known for his leading role in Matador on Robert Rodriguez’s El Rey Network but also appeared in the Austin-shot film Bernie and currently stars as Ghost Rider on ABC’s “Agents of S.H.I.E.L.D.” Just last week he made appearances at comic stores in Austin and posted a pic out on the East Side with Kitsch. Be still our hearts.

Me and the homie Taylor, kicking it in the #ATX. #TrueDetectiveReunion #GhostRider #Gambit ????♠️♣️♥️♦️

All photos courtesy of ATXgossip.com unless otherwise noted.

Have a hot celebrity tip you want to share with Austin.com? Shoot us an email at [email protected]!