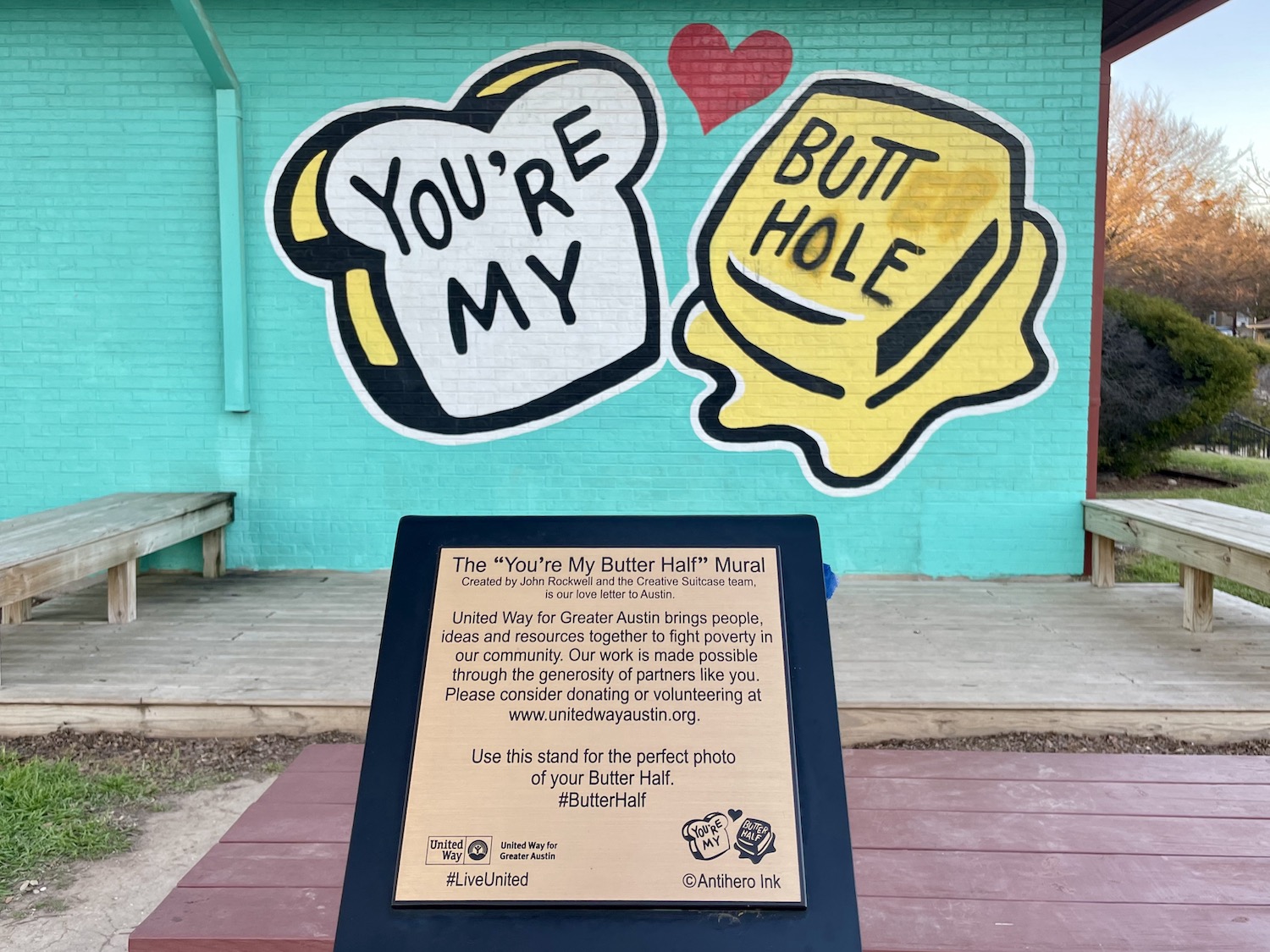 Everyone knows Austin loves its street art. Apparently even vandalism to one of the city’s most popular murals goes over well with Austinites. People are lining up to snap pictures with this piece of art. While we don’t condone nor recommend vandalism, we must say we agree with the original artist who states on Reddit, “It’s juvenile and a bit naughty, but dammit if it isn’t in line with the fun, whimsical spirit of the original.

You’ve probably seen the beloved “You’re my butter half” mural over the years but you’ve never seen it like this!

Local designer John Rockwell of Creative Suitcase provided the inspiration for the design. Around 2013 he and the whole Creative Suitcase team volunteered two days of their time to the completion of this meaningful and fun piece of street art that still adorns the wall of the United Way property located as 2000 East MLK Jr. Boulevard.

It looks a little different right now. The “Butter Half” mural currently says “Butt Hole” and most Austinites are loving the weird (but funny) change. Rockwell even took to Reddit to give kudos to the artist who vandalized his beloved mural.

Rockwell hints that the mural with surely be restored to its former glory (we hear it’s happening this weekend). He also states that he is willing to generate proper ‘You’re My Butt Hole” art if the public demands and if the “Butt Hole” artist approves. Now that’s a partnership we can get behind, pun intended.

Now, you heard the man, get out and enjoy this mural in person while you can!

Looking for more murals and street art? Click here for our massive street art guide – “You’re my butter half” included.