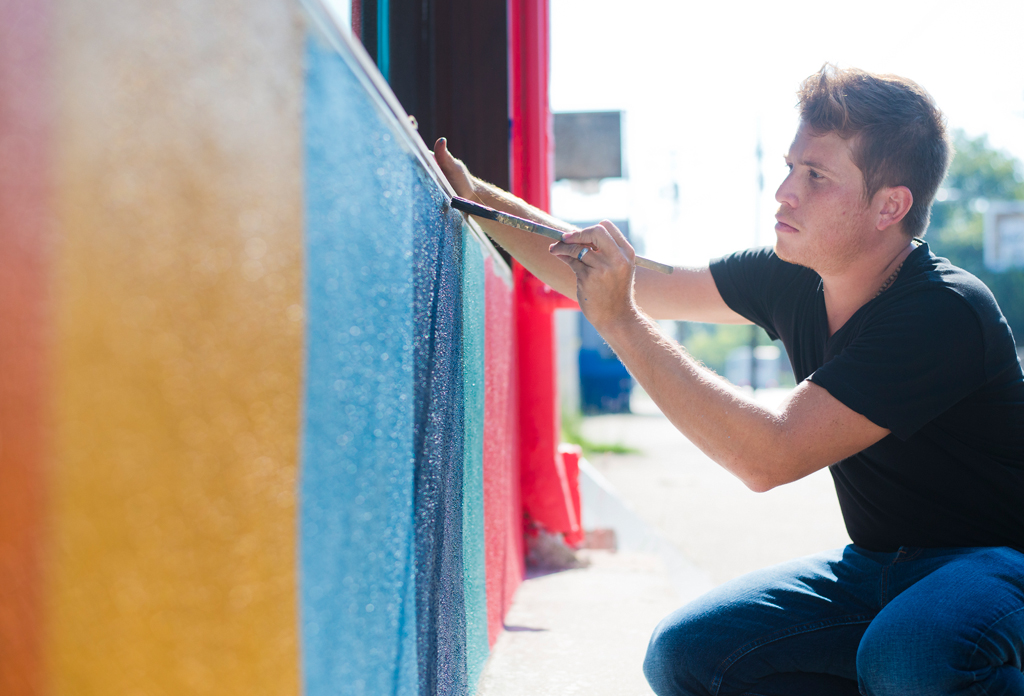 This Local Curator’s Art Shows Are Wowing The Austin Scene

When Luis Angulo moved to Austin seven years ago, he saw a hole in the local art scene.

“Austin’s best galleries were very picky about who they showed, and then the other galleries put in just about anybody,” Angulo told Austin.com. “So there was this wide gap in the middle for artists not established yet but who are very talented. I wanted to highlight the undiscovered talent in Austin.”

Turns out, he was right. Today, Angulo is the founder of the influential art curation company ARTATX.

He didn’t just flip a switch though. Angulo is an artist himself, and he studied art and painting in college and grad school. That’s why freelance art curation made so much sense to Angulo, who started small and mainly focused on getting his own art out there.

Then he hit on a brilliant idea: Using coworking space for art shows. It worked like gangbusters.

That was two years ago. Today, ARTATX has placed local, emerging artists in spots all over town, like Space12 and Vuka, and Angulo said some of his artists have even gone on to land in the the most prestigious galleries in central Texas.

Angulo said it wouldn’t have been possible in another city, either.

Originally from Venezuela and Miami, he and his wife sought out Austin simply because they love it here. It wasn’t until years later that Angulo discovered Austin was also “the perfect place to do [art curation].”

“Austin’s very open to new ideas and a lot of people here enjoy and love art,” he said. “It’s not hard to draw crowds here. Though Austin isn’t yet a place known too well for fine art, if you go to a city like New York, it’s so saturated with art shows. You can get lost in the crowd there. Here in Austin, the art scene is so young and there’s a lot of opportunity for growth and trying different things out.”

As ARTATX grew, Angulo sought out ways to give back to the Austin art scene and decided to team up with nonprofits and charities to donate a portion of the proceeds from his shows to support worthy causes. Of course, the artists always get a big cut of the proceeds in his non-charity events.

“I try to gear the shows toward the community as much as I can,” he added.

Check out some of ARTATX’s placements below, and go to ARTATX.org for more information about Angulo’s upcoming shows. Brace yourself, though: It’s some of the most interesting art you may see all year.