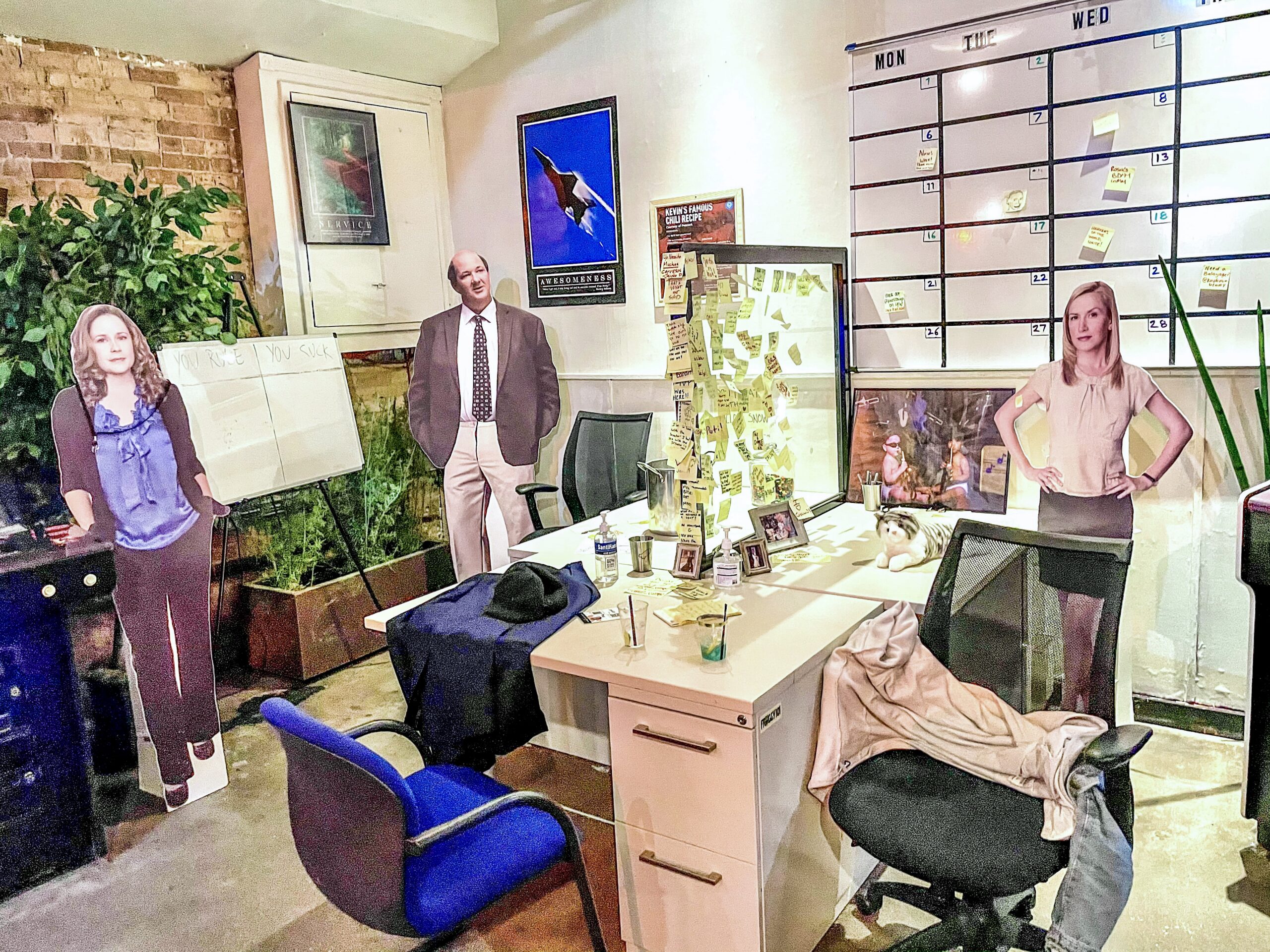 “The Office” might have ended in 2013 but it hasn’t been forgotten by any means. In fact, it seems to have gotten even more popular, attracting new and repeat viewers during quarantine. Now, years after the series finale, the comedy is still making headlines. The most recent headlines are thanks to Angela Kinsey and Jenna Fischer’s podcast, Office Ladies.

In the edition regarding the “Goodbye Toby” episode, the duo finally put a name to the sperm donor for Jan’s baby. And that’s not all! They recount the entire scene from the original script which revealed the donor is none other than Andy Roddick.

We spoke with Roddick at the party celebrating his new bourbon company Sweetens Cove, but we were advised not to ask about the big reveal. However, we’re pretty sure he would’ve had an amusing reaction based on the fact that he’s reportedly good friends with Rainn Wilson and often visited the set (one can only assume this is why he was chosen). Following the announcement, his wife Brooklyn Decker posted this on Instagram.

Though Decker and Roddick have been spending the last year or so in North Carolina, they still call Austin home too. Decker told ATXgossip that they still hope to travel back and forth between the two cities when travel is safer and she, “can’t wait to get back for an extended period of time.” Roddick said the same, telling our correspondent that they are not going anywhere permanently and will continue to split their time between the mountains of North Carolina and their home here in town.

The brand started after a few friends, including Roddick, Peyton Manning, and Tom Nolan, bought a small public golf course in Tennessee together. The story goes that a bottle of whiskey sat at the first tee, golfers would take a shot before starting their round of golf.  The bottle and clean glasses were then left behind for the next set of golfers, but it turned out the whisky left wasn’t always so tasty, hence why the guys set out to distill their own.

The straight bourbon blend they later created is crafted by Kentucky’s first female master distiller, Marianne Eaves. It is a 13-year aged cask strength bourbon made from a blend of three Tennessee bourbons, aged four, six, and 16 years and hand blended right here in Austin.  Roddick notes that it doesn’t have the “Kentucky hug” you get with many whiskeys that burn all the way down on your first sip. And we can attest, the slightly sweet aged bourbon is a perfect mix of subtle and complex flavors.

Want to know more about the best and weirdest things happening in Austin? Sign up for our newsletter!

Featured photo from The Office pop-up at Replay in Chicago. More details on that coming soon.