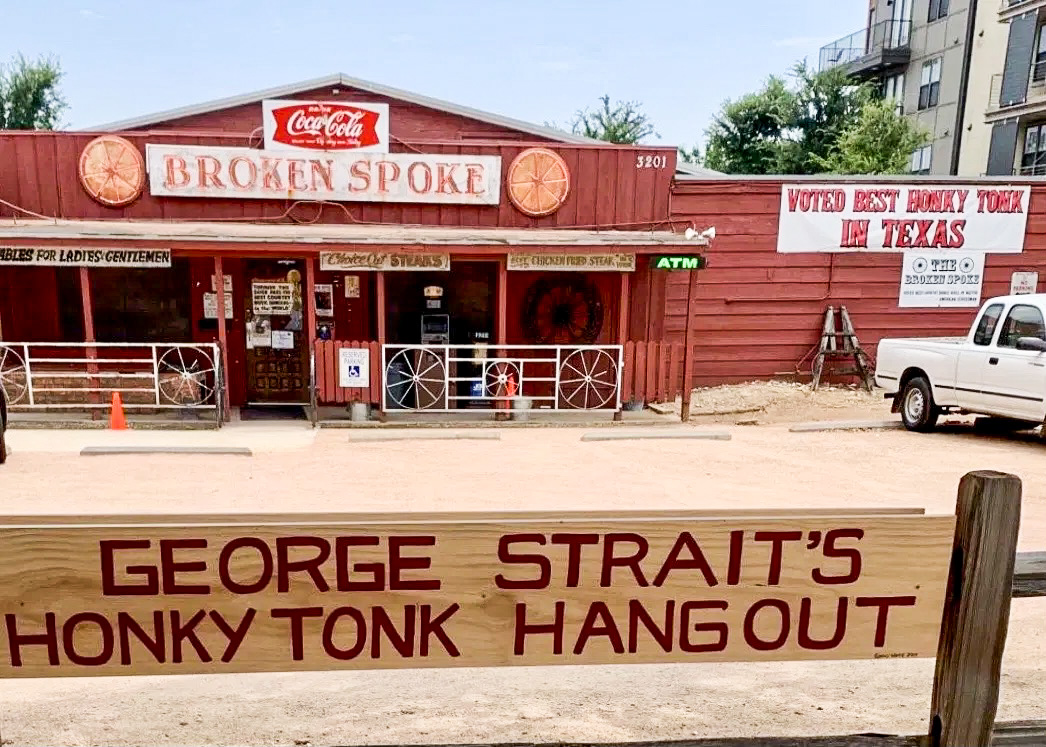 The Broken Spoke is one of the most So Austin things around! And for almost 57 years, James White kept that honky tonk beating by putting his whole heart and soul into the South Austin institution.

On Sunday, White’s family confirmed that he died at the age of 81. He had suffered from congestive heart failure and recently undergone surgery for a leaky heart valve.

In February of 2020, we spent an evening in the front room of the Broken Spoke, visiting with White, his wife Annetta, their daughter, and son-in-law.

We also happened to record this short video of the Austin legend singing the Gene Autry tune “Back in the Saddle.”

The Austin icon and legend will be sorely missed. But let’s not miss out on the chance to keep this Austin institution up and running. What better way to pay tribute to White’s legacy than by visiting the Broken Spoke?

Many a legendary country singer has played the Spoke over the years. You’ll find all kinds of pictures, tributes, and mementos to artists like Willie Nelson, Dolly Parton, and George Strait in the Spoke’s museum, aka the “Tourist Trap.”

And speaking of Strait, he even put the honky tonk on the cover of his album in 2019.

Fans were shocked in 2018 when Garth Brooks popped up there for an impromptu concert before his SXSW show at Auditorium Shores.

You never know what a night at this honky tonk heaven has in store. But there’s one thing for sure, you won’t regret it!

You can learn more about White and the history of the Spoke as well as follow some of the tributes on the Broken Spoke’s official Facebook page.