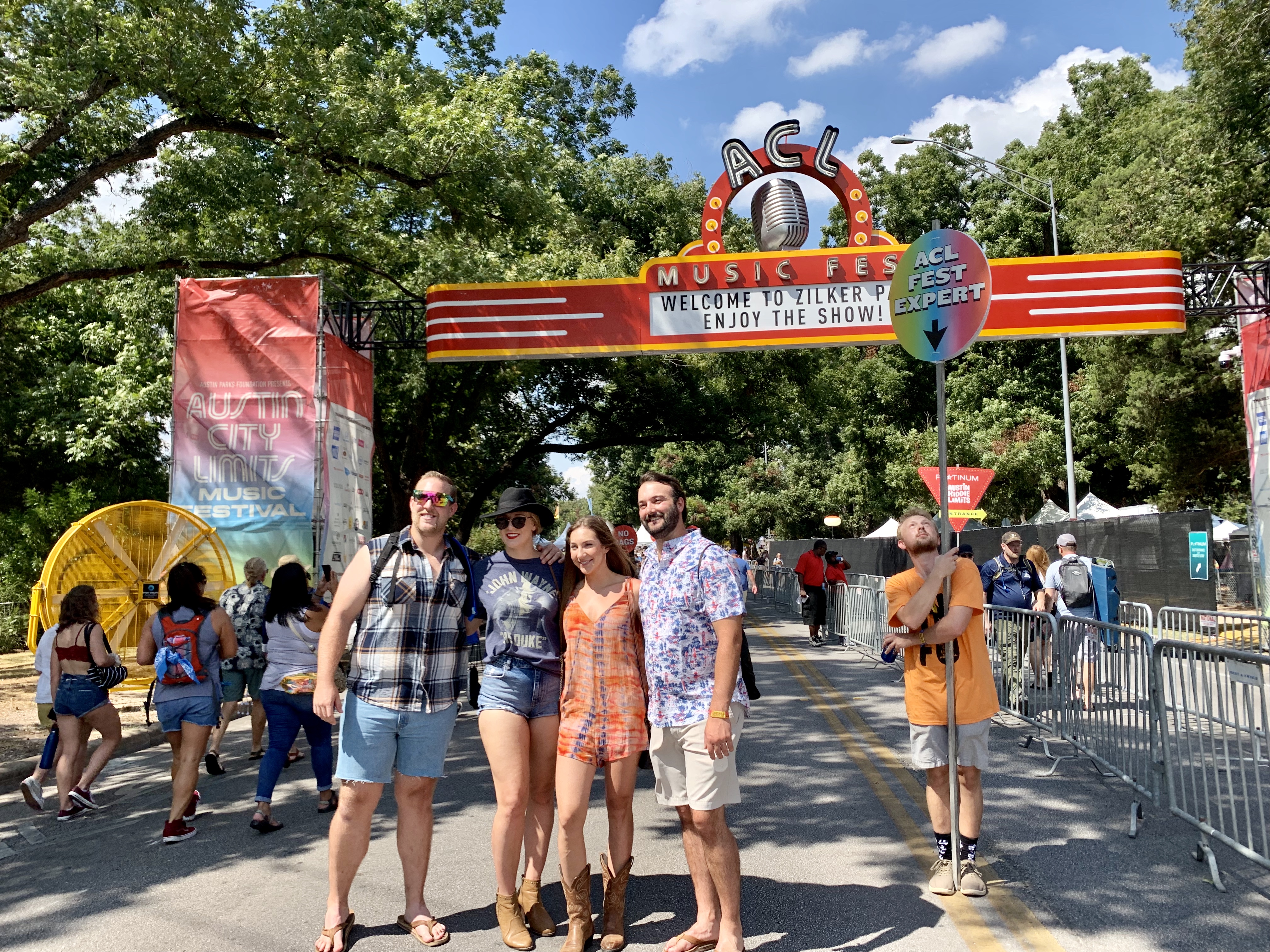 The Most Austin Things About ACL Festival 2019

It doesn’t get much more Austin than the Austin City Limits Music Festival. From the anything goes fashion, to the overwhelming friendliness, the ever-changing weather and yes, the amazing music, ACL is what Austin is all about.

And, though the festival has gotten more commercial over the years, festival organizers still make every attempt to keep things local. And we love that.

So here are the most Austin things we experienced at ACL Festival 2019.

Yes, it was great to see Austin’s own Gary Clark Jr. back at the fest. Kacey Musgraves finally got her collective “yee haw” which she was denied by the snooty Coachella crew. But seeing local bands rock those big stages gave us an even bigger thrill. Our fave? Black Pistol Fire, who, between songs, told the story about packing up from Canada and heading to Austin simply because they wanted to start a band. Our second fave? Watching the Austin High School band back up Mumford & Sons when they performed “The Cave” during weekend two’s set.

As we mentioned, the ACL crowd is overwhelmingly friendly, even when smashed in with the biggest crowd ever to watch an incredibly popular artist play a side stage. Yes, we’re obviously talking about Lizzo.  Even if someone ventured to the festival alone, Bumble BFF was there to help them find their festie bestie. And for every #findyourfestie picture shared at the Bumble BFF pop-up, the Austin based social and dating app made a donation to Out Youth, an ATX based LGBTQIA+ organization.

Celebrities are just like you! As in past years, we spotted many a celeb enjoying the music, including a few regular faces on the Austin scene. Taylor Kitsch was seen posing with fans on the final day of the festival. Adrian Grenier attended weekend one, as did Jared Padalecki. But it was Matthew McConaughey who was spotted most often, catching sets by GNR, Billie Eilish, The Cure, Gary Clark Jr., The Raconteurs (where he was hanging with Lars Ulrich), and Sunday night’s final show from Mumford & Sons. According to our source, as the boys finished their final song, MM turned to the crowd, threw up the horns, and proceeded to go wild.

If you weren’t able to score a VIP wristband, you may still have been able to enjoy a VIP experience at one of the sponsor stage areas. We were lucky enough to check out a few of them, and our fave was the Austin-based company Vrbo, formerly Homeaway. Their set up from Forefront Networks was comfortable and chic. And it’s the only sponsor side stage that has a clear view of the performers thanks to their location on the South Side of Barton Springs Road.

The Eats and Drinks

In addition to dozens of local restaurants serving up snacks at the ACL Eats area, Scholz’s Garten was added to the Barton Springs Beer Hall this year. Also on tap in the beer hall was the ever-popular Electric Jellyfish IPA from Pinthouse Pizza, Celis White from North Austin’s Celis Brewery, and two selections from Austin Eastciders. For attendees searching for a non-alcoholic option, High Brew had a spot at the fest, as well.

If anyone needed to add to their festival get up, there were plenty of options on hand to keep festival-goers looking ATX-tra special. Local shops in the artist village included Espacio Handmade, Mana Culture, Ornamental Things, and Aviator Nation. Though the most popular accessory we saw was the flower crown — H-E-B was crafting custom crowns for those in the VIP Grove.

We also spotted Milk and Honey products in the American Express Experience, and even got a little moisturizing spritz during weekend one. The refresher wasn’t quite as needed during weekend two, but it was still nice to know we had the option.

If you want to get in and out of that festival in the fastest way possible, the pedicab is the way to go. We saw plenty of people utilizing scooters as well, but our personal preference is the pedicab. Especially this one by @Flybypedalcab. Nothing gets you in the mood for a set by the-self loving Lizzo like Rosie the Riveter.

We spotted so many families enjoying the festival, and not just in Austin Kiddie Limits.  In fact, we had more than one conversation with parents who brought along their toddlers, hoping to help craft their musical preferences for years to come.

But, the best moment of the festival came during Lizzo’s weekend two set. After she asked the crowd to participate in a giant wave, we witnessed the cutest moment between a father and daughter. The 50-something father said to his teenage daughter, “That was so cool and you were a part of it!” She nodded vigorously, grinning from ear to ear. Meanwhile, I was 100% that chick wiping away a tear.

The One Extra Thing

And finally, we have to give a special shout out to Third Eye Blind who spent the entire week between the two festival weekends enjoying Austin. Of all the things we heard they were spotted doing, we’re most touched by the fact that lead singer Stephan Jenkins stopped in at St. David’s South Austin Medical Center to visit with patients courtesy of Musicians On Call. That’s so Austin and so awesome!