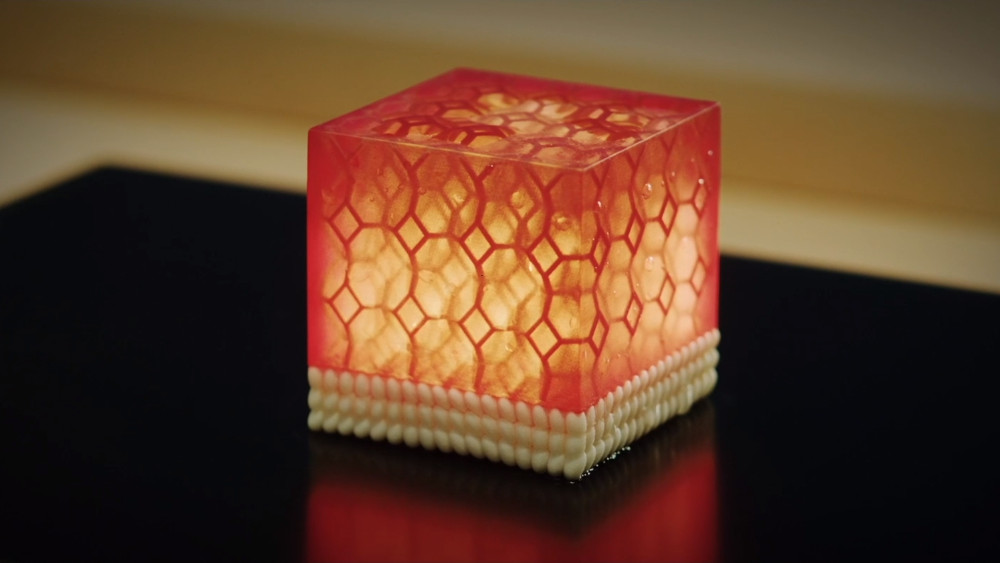 A company exhibiting at South by Southwest this year is wowing the crowds with a unique concept in food: 3D printed sushi customized to boost the health of all those who eat it.

You may have seen headlines about this before. Japanese company Open Meals brought their 3D printed sushi to SXSW last year as well, under the moniker “Sushi Teleportation,” but this time they’re even closer to realizing the ultimate design of their revolutionary product, now called “Sushi Singularity.”

That design? Custom-tailored nutrients. In other words, this sushi is not just a delicious and light nosh… It’s a Freaking health food, and our minds are blown.

The customization aspect comes into play only after aspiring diners submit a biological sample, like hair or urine. Yes, this will probably weird out most American diners, but it seems certain that Open Meals will still woo many Americans with claims they can target the exact nutrients an individual’s body needs and then fortify the sushi before it is even printed.

Yep, that’s Crazy alright. So crazy it just might work. The company told Austin-based NBC News affiliate KXAN that they plan to open their first diner in Tokyo, but the rest of the world doesn’t have to miss out.

Despite the long distance between Austin and Tokyo, Open Meals says they will be able to transmit their custom sushi meals anywhere in the world that possesses a suitable 3D printer, so you can expect to see these out in the wild sooner rather than later. Also neat: Open Meals is launching an open source community for 3D-scanned food creations, similar to open-source smartphone app stores, guaranteeing a deluge of creative 3D printed food content to come.

Check out this video from KXAN.com.