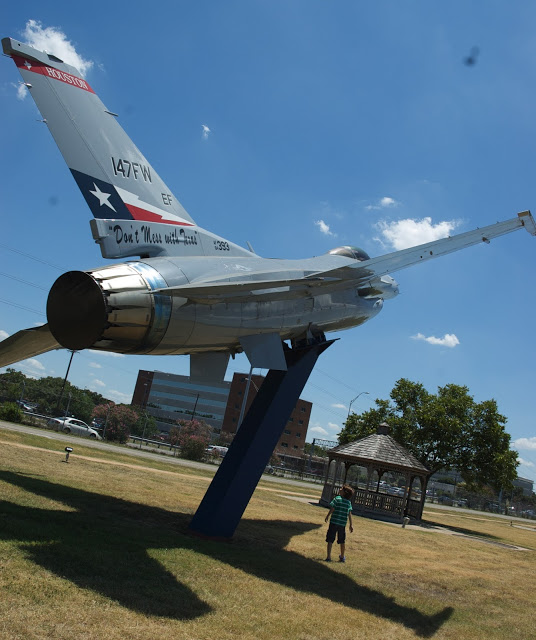 Driving by Camp Mabry on MoPac, your kids are sure to notice the airplanes and helicopters stationed in the field beside the road. My boys point out the fighter jets excitedly every time we pass. But did you know that you can actually enter Camp Mabry and visit a most-impressive museum featuring tanks, planes, jeeps, uniforms, weapons, helicopters, and more? And it’s all free!

As noted on the Texas Military Forces Museum website, the museum displays the role of the Texas military from 1823 through history. Museum exhibits include artifacts from the early militia units of the Texas Revolution, the soldiers of WWI and WWII, as well as today’s Texas National Guard. 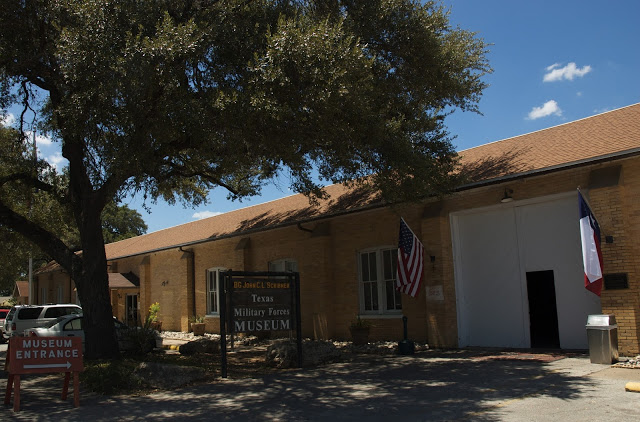 Upon entering Camp Mabry, which is an active military post, you’ll arrive at a check-in gate where all adults in your group will need to show a photo I.D. At that gate, a guard will point you in the direction of the museum. (Basically just take a right at your first stop sign, and then another right at the second stop sign. The museum will be clearly marked on your right.)

Before we ever actually go into the museum, we first explore the grounds. To the left of the museum entrance, you’ll see “Honest John”, a tactical nuclear missile, a favorite of my boys. And then if you turn the corner, you’ll see Armor Row, a vast collection of tanks and trucks. This is where my kids explode with questions and comments. Being able to walk around these massive tanks is very exciting for the boys, especially to my three-year-old whose stature is so tiny in comparison to these vehicles. We continue on to Artillery Park behind the museum to browse the guns from WWI, WWII, and the Korean War. 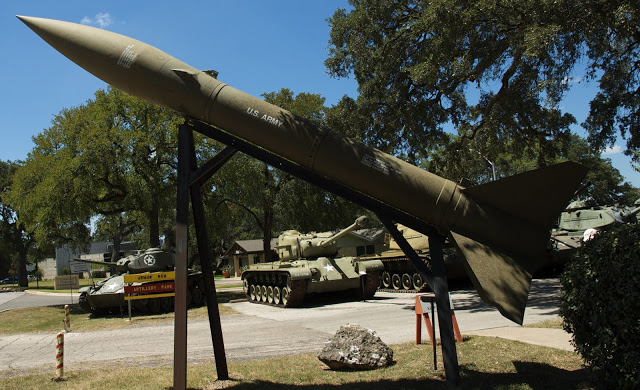 After our stroll, we head inside and enjoy the nice cool air-conditioning and try to decide where to go first in The Great Hall. Every time we have visited this museum over the years, we’ve been greeted by the most welcoming volunteer at the museum desk. The staff is always eager to answer questions. Also, when you sign in at the desk, you will find copies of a scavenger hunt for kids. Mine really enjoyed searching through the museum and checking items off the list. 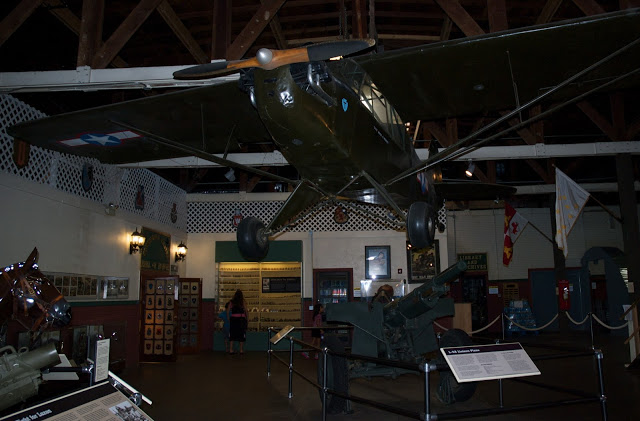 The museum is large! With 45,000 square feet of interesting artifacts, you could easily spend a lot of time there. But with the short attention-span of my three-year-old in tow, I was impressed that this kept him highly entertained for a solid two hours. My oldest could have spent much more time investigating items and asking questions, but it sparked curiosity for more more learning at home and for future visits. 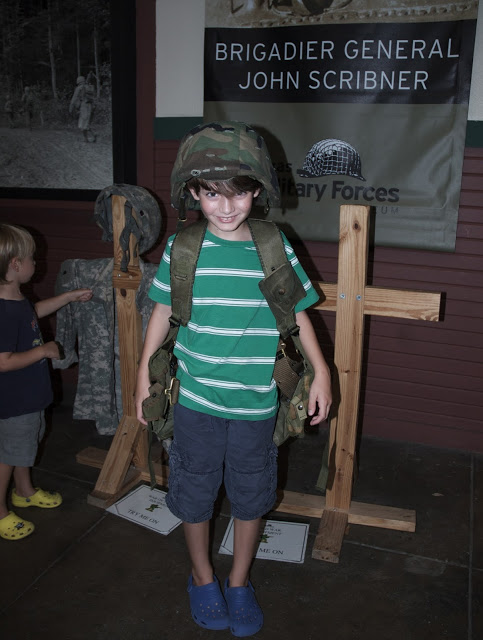 Upon today’s visit, we noticed that exhibits had been moved around from the last time we were there, and some rooms were undergoing some minor construction and renovations, promising some cool things to come. But our favorite highlights from the day included: 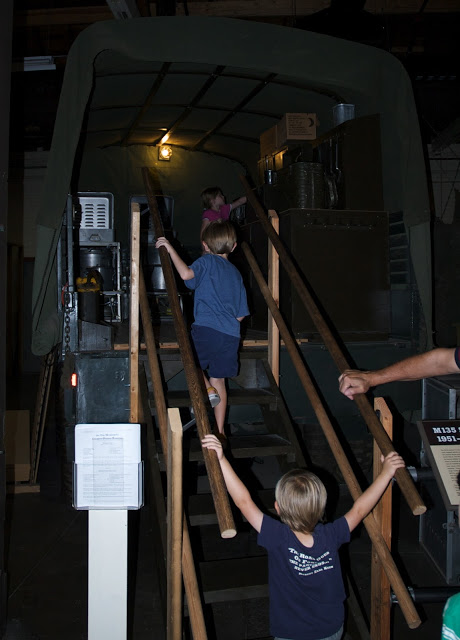 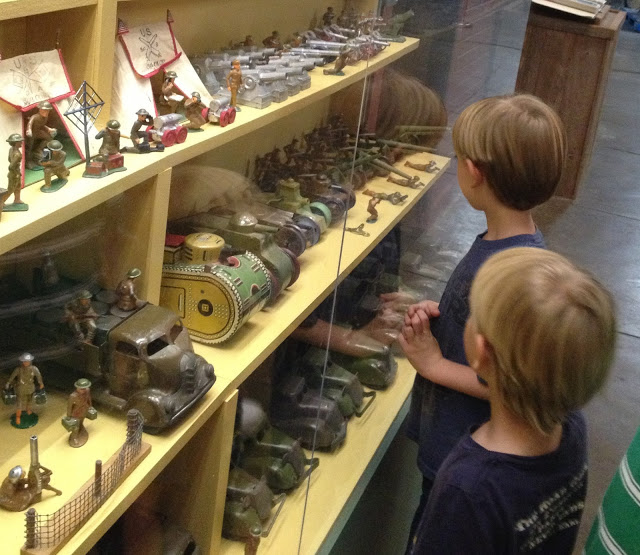 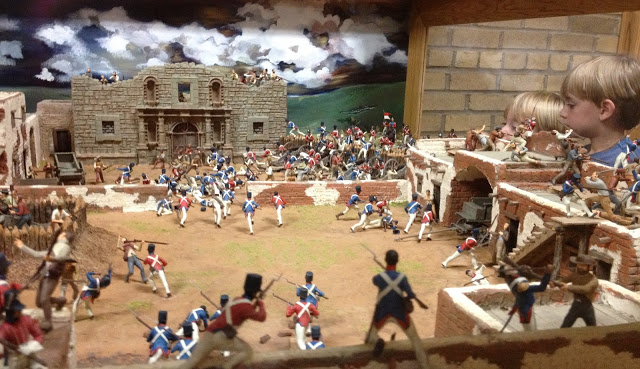 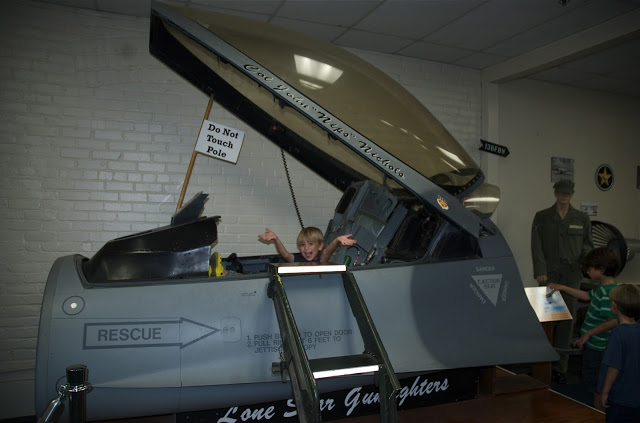 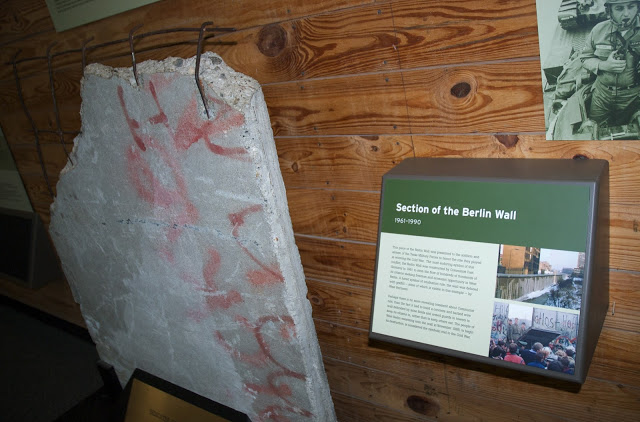 After exiting the museum, we drove just down the street to Camp Mabry’s Parade Grounds, which is home to those planes and helicopters that first brought our attention to this site. At that point in our outing, the boys needed a little time to run and get some energy out, and this was just the spot. And standing just below these planes give you such a different perspective than just driving by them on the highway. 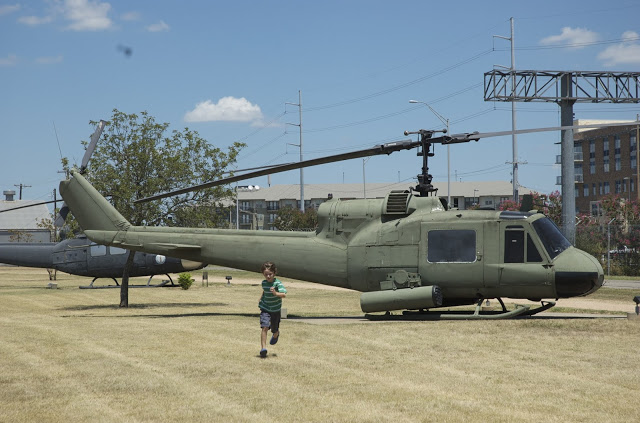 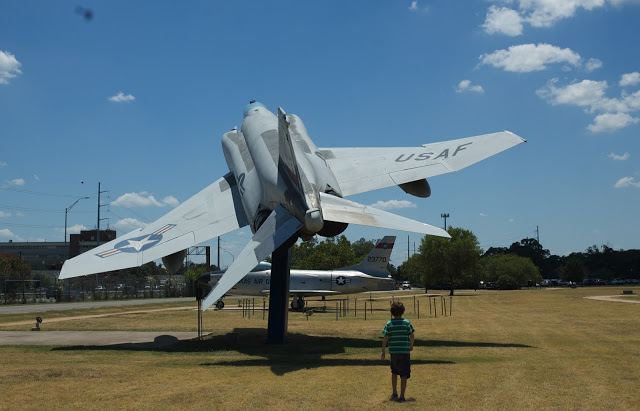 The Texas Military Forces Museum website includes so much detailed information about all of the exhibits and historical finds you can plan to see. It also includes all the latest info on special events and reenactments at Camp Mabry. Be sure to check it out before your visit.

Freelance web producer, Heidi Okla is mom to three boys (ages 3, 5, and 7), and can’t pass up any opportunity for fun family adventures.