Austin’s School of Rock is excited to be celebrating its 10-year anniversary this fall — that’s ten years of this performance-based music school empowering local kids and continuing the rock revolution! And to celebrate ten years of rock, the Austin School of Rock is giving a 10% discount to all new sign-ups for performance programs for the duration of this anniversary season (through January 2016)!

About School of Rock

School of Rock is fostering the next generation of great artists and redefining music education. Through a unique performance-based approach, students are guided from the lesson room to the stage, where they play real shows at authentic venues with their peers. School of Rock’s collaborative environment inspires students to learn and excel, and instills a confidence they’ll carry with them for the rest of their lives. With more than 150 locations in nine countries, School of Rock inspires the world to rock on stage and in life.

The Austin School has seen over a thousand students grace Austin’s stages as part of its performance-based rock music program. School of Rock Austin was the 8th school founded in the School of Rock family back in 2005. Since then, they’ve produced nearly 100 shows, with the 100th falling in this ten-year anniversary season. Over the past ten amazing years, in the quest to redefine music education and foster the next generation of great musical artists, the Austin School of Rock has taught over 2,000 different songs across multiple genres including rock, metal, prog, punk, blues, pop, indie, jazz, funk, country, soul and alternative. 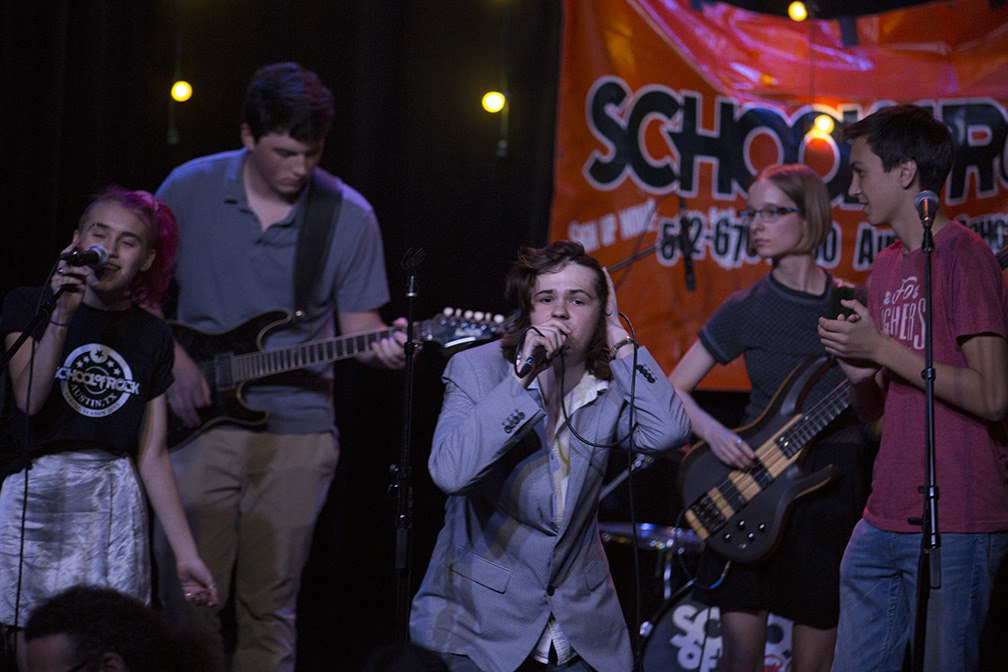 This year alone, Austin students performed at Austin City Limits Festival for the seventh year running, and will perform at Lollapalooza in Chicago, Summerfest in Milwaukee and the University of Texas DKR Memorial Stadium as the official Texas Longhorns Fan Fest Band. 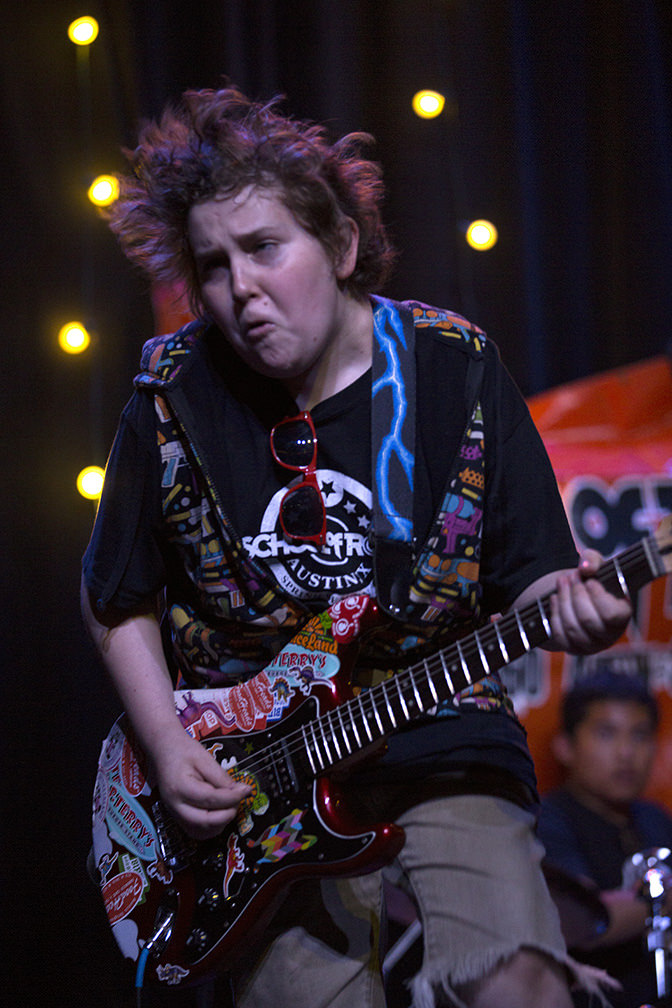 The tenth-anniversary season also sees a special return to the first show produced by the Austin School — Pink Floyd’s “The Wall” — with all proceeds from the show going to the Rock School Scholarship Fund (RSSF). The RSSF is a 501(c)3 public charity that administers scholarships for low-income children ages 7 to 17 who want to attend any rock music school in the USA. This enables the School of Rock to offer scholarships to talented students in difficult financial circumstances to continue their rock music education.

“Our original motto was ‘Saving Rock and Roll One Kid at a Time,’” says Rick Carney, Music Director at the Austin School of Rock, who’s also celebrating his own ten-year anniversary with the school. “And I still believe that we are doing just that. In this day and age of instant gratification and over-stimulation, it’s refreshing to see kids embrace their instruments as a way to empower themselves. The School of Rock is grounded in an era of music that was revolutionary, but we don’t see the revolution as over. It continues to live in these kids.”

The School of Rock Performance Programs make a huge difference in the lives of students, not just building their musical careers, but building confidence and the hard-working spirit to achieve their goals in life. The Austin School of Rock is lucky enough to have several alumni return to the school to teach the next generation of young musicians. “Going through the School of Rock in Austin was an amazing opportunity for me,” says Geena Spigarelli, a veteran of the Austin School of Rock who now teaches bass at the school, along with being one of Austin’s most in-demand bassists. “It really helped begin building a solid career in the music industry. It’s fantastic being able to give something back to the kids and to the School.” 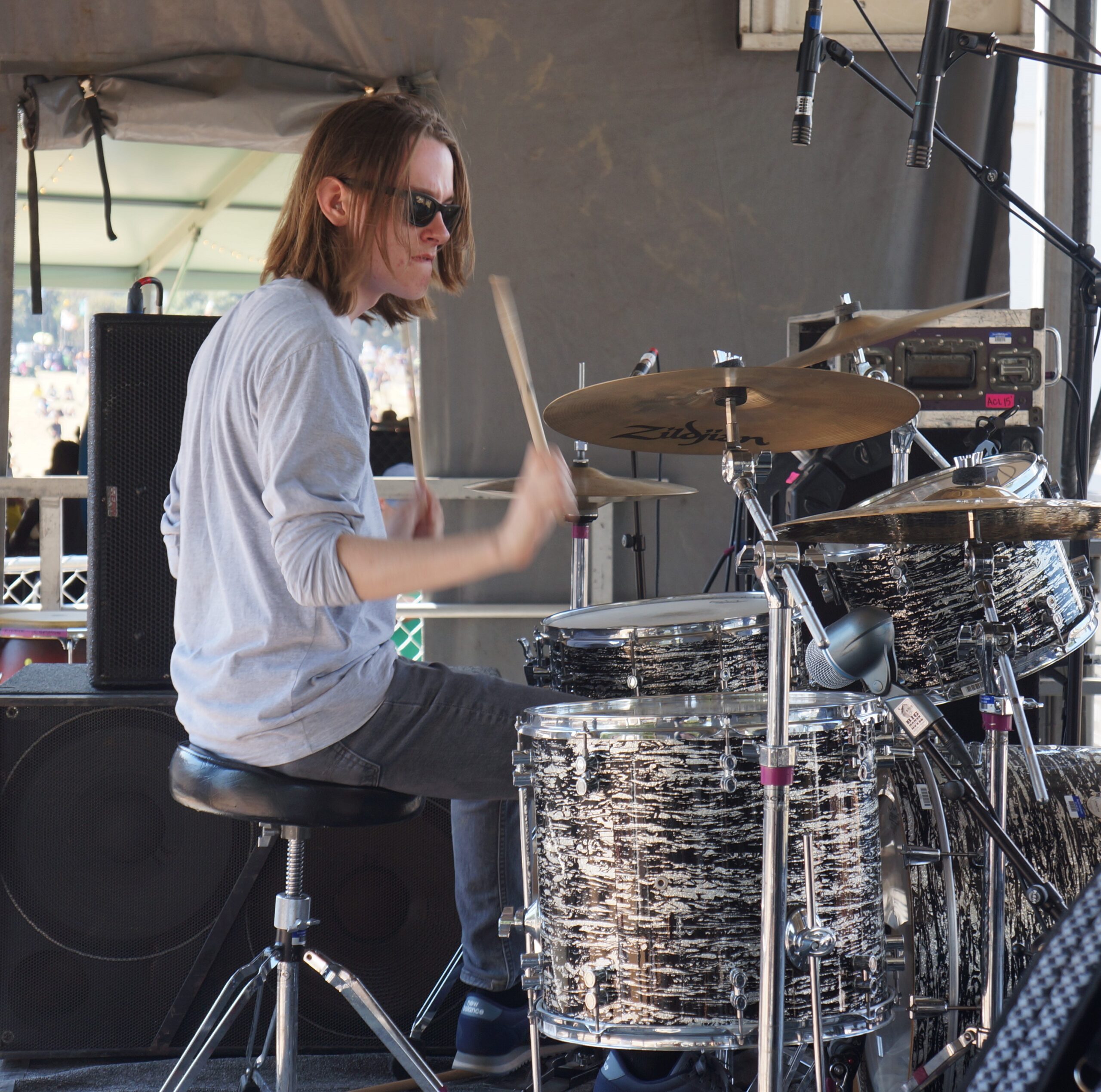 To celebrate ten years of rock, the Austin School of Rock is giving a 10% discount to all new sign-ups for performance programs for the duration of this anniversary season (through January 2016)!