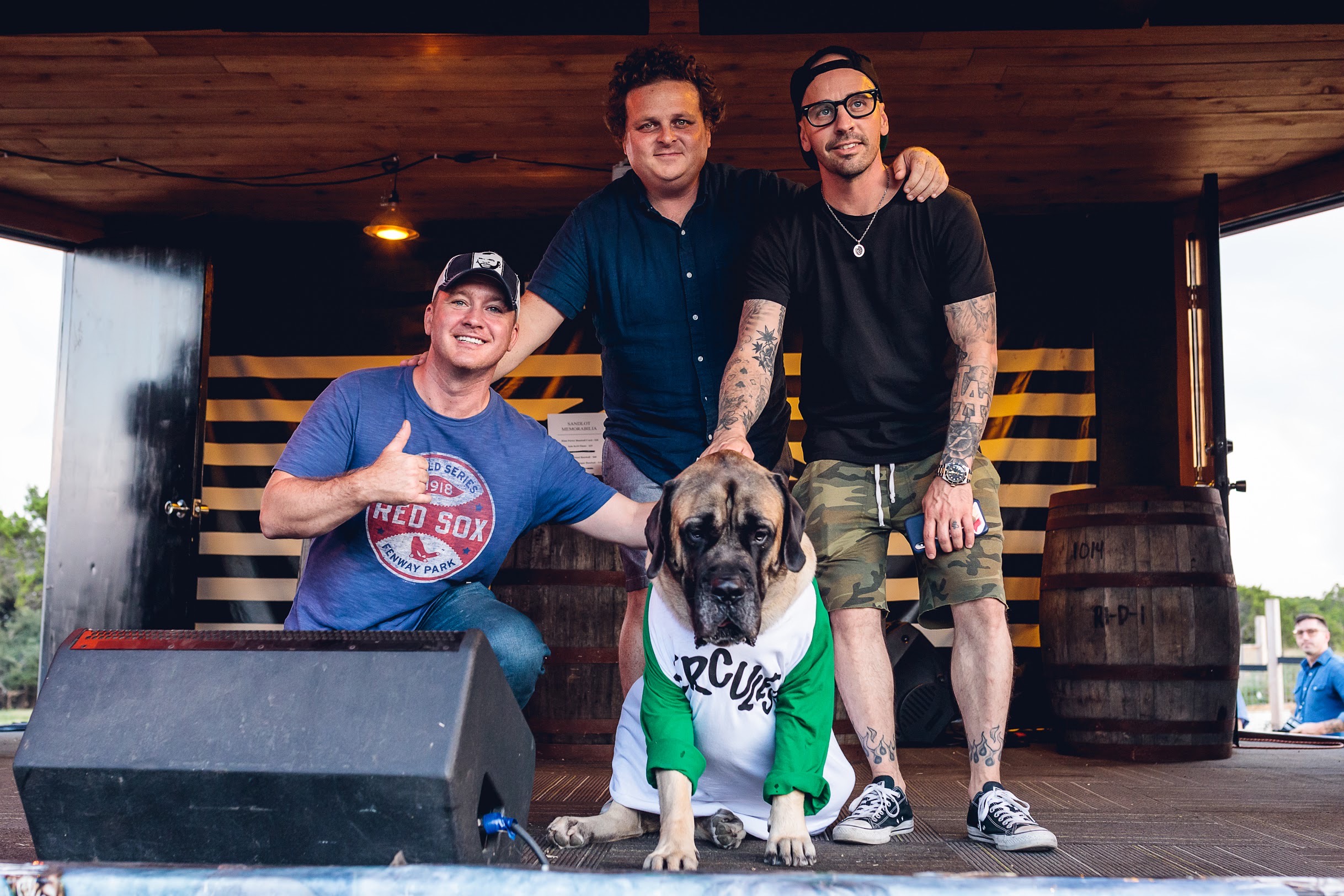 The Sandlot cast (well, a few of them anyway), reunited at the Alamo Drafthouse’s Rolling Roadshow event at Treaty Oak last weekend. Cast members Tom Guiry (Smalls), Chauncey Leopardi (Squints), and Patrick Renna (Ham) were in attendance. There was also a special appearance from The Beast.

The Texas Conference for Women celebrated 20 years at this week’s event. Among this year‘s keynote speakers were Megan Rapinoe, Elizabeth Gilbert (author of Eat Pray Love), and Tracee Ellis Ross. You can check out the some pictures and video from the event over on the @ATXgossip Instagram account. A couple of new things were added to the conference this year including a live stream of the keynote speakers and a separately ticketed Wednesday night event featuring some of the speakers as well as a performance from Austin musician Jackie Venson.

The trailer for the upcoming Fox series “911 Lonestar” dropped this week and the tagged location for the post is Austin, Texas. Though sadly, it is not shot in the ATX. We’ll still be watching the premiere on January 19 after the NFC Championship on FOX. Will you?

After years of performing for the “Supernatural” fandom, Austinite Jensen Ackles and fellow musician Steve Carlson are releasing an album under the name Radio Company. The former roommates have been writing and performing together for nearly 15 years. Their first single “Sounds of Someday” is available on iTunes now and the full album will be released on November 8.

Dennis Quaid, 65, announced his engagement to 26-year-old University of Texas PhD student Laura Savoie. When former co-star Elaine Hendrix, who portrayed the iconic villain Blake in The Parent Trap remake, heard the news, she sent a message to Quaid’s fiancé. ”Watch out for those twins,” she tweeted. We assume she’s referring to Lindsay Lohan‘s character in the film, though, coincidentally, Quaid has twins in real life.

Dave Chappelle played three last minute shows in Austin to a very intimate audience at Stateside at the Paramount Theatre. According to a friend of ATXgossip, the show was incredible and the comedian mentioned that he was testing out new material for an upcoming TV special.

Terminator fans at Alamo Drafthouse Lakeline THOUGHT they were attending a fan event to see Terminator 2: Judgement Day with exclusive footage of Terminator: Dark Fate. As video began to roll, Arnold Schwarzenegger and Linda Hamilton alerted the audience on screen that they would actually be seeing the entire new film! Read more here.