State employees working at the Texas Civil Commitment Office (TCCO) and Texas Health and Human Services (THHS) campus along West Howard Lane in north Austin have been encountering a terrifying number of rattlesnakes on company sidewalks and in the surrounding parking lots, ever since TCCO’s new building opened on October 1.

“This happens in developing areas, where people move in and the wildlife takes a while to move out,” James Tripp, an Austin herpetologist, told The Houston Chronicle, implying that the rattlesnakes probably used to live in the empty lot. “Snakes will generally avoid contact with people unless they’re threatened or attacked. There’s probably a food source around there [like] mice, or something else that they’re after.”

Another snake expert, Tim Cole, explained to KVUE that dropping daily temperatures encourage more snakes to come out into the open to soak up sun and hunt for food. He also added that the snakes being spotted by TCCO and THHS employees are most likely young and have not yet learned which areas to avoid.

“If you’re at home and you live out in the country, a rattlesnake shows up in the backyard, grab a garden hose, spray it,” Cole said. “It doesn’t take much for them to realize, ‘Hey there’s people here. This is not where I want to be.'”

Wildlife professionals have captured and relocated at least one rattlesnake at the TCCO and THHS complexes and are working to trap the others. Meanwhile, company officials have issued safety notices to workers and armored outside-leading doors with rubber seals and metal frames to prevent snakes from slithering in.

If you encounter a snake in North Austin or elsewhere, don’t panic. Just back away slowly and breathe. Remember that you’re probably not looking at a Diamondback rattlesnake or a reincarnation of the infamous Austin Cobra. The snake in front of you may very well be a Texas Rat Snake, a non-venemous species that mimics the Diamondback’s classic tail rattle for self defense. There are a ton of different species native to Central Texas and only a few of them are actually venomous. 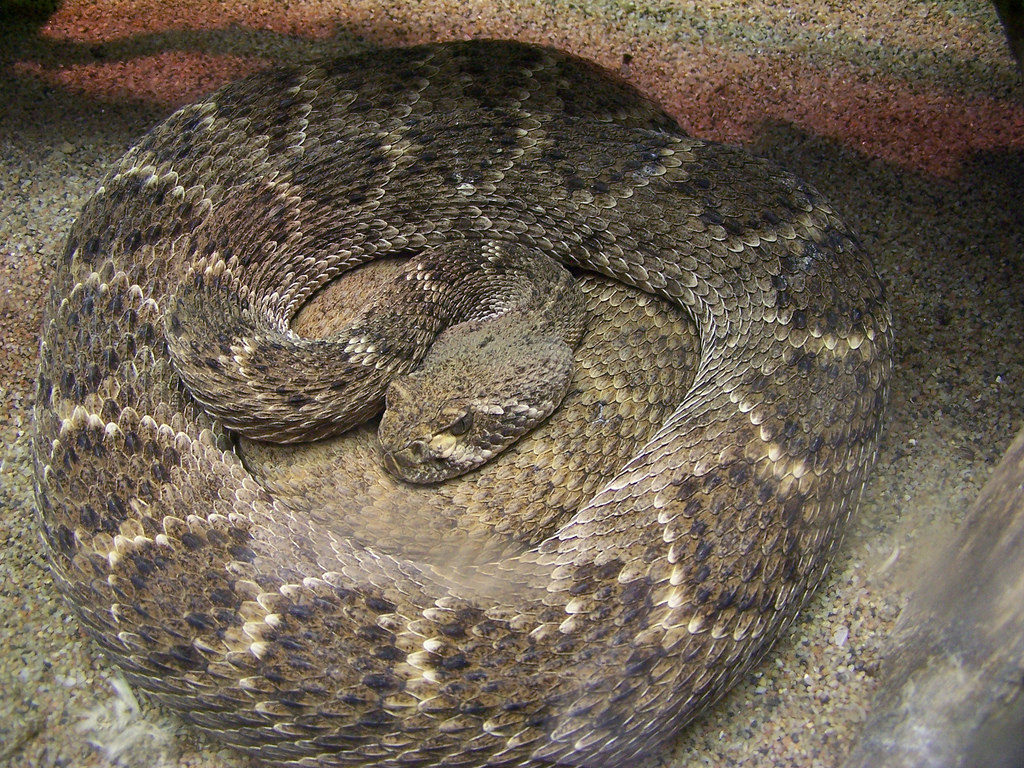 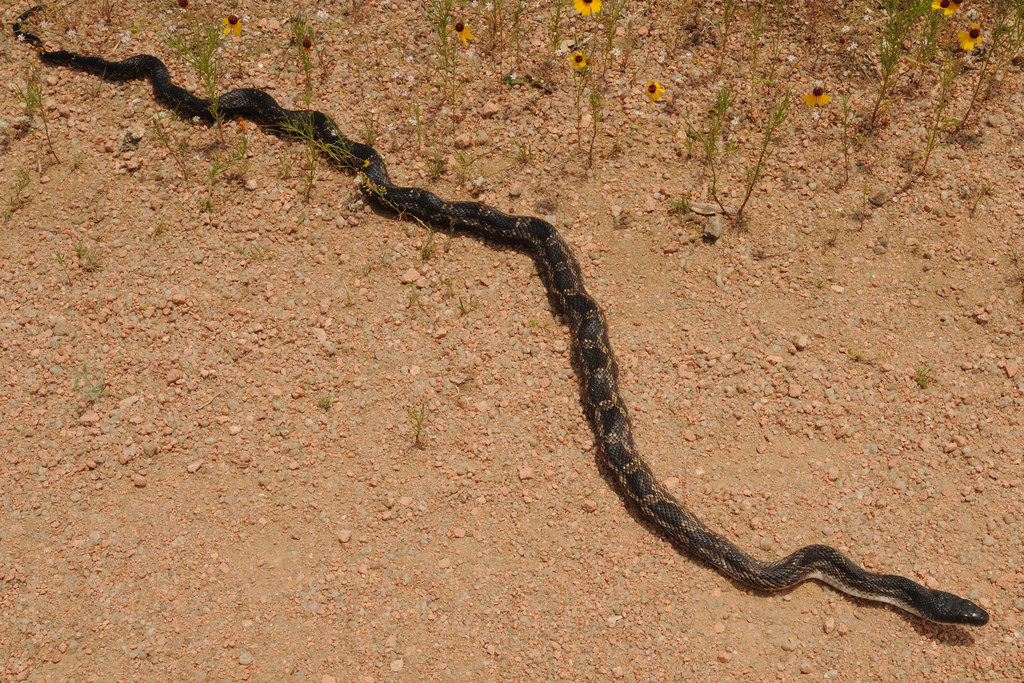 Even if you have come face to face with a poisonous snake, as long as you don’t antagonize it, it’s not going to bite you. It’s not going to chase you, eager to sink its fangs into your flesh. Rattlesnakes will only strike at you if they feel threatened, so give them space.

Now, ask yourself — is the snake basking in a high traffic area where people might walk by and accidentally step on it or surprise it? If so, then contact wildlife relocation professionals like Reliable Rattlesnake Removal, Austin Snake Removal, and A Wildlife Pro who will treat the snake with respect and release it somewhere safe.

However, if you spot one out in the country and it isn’t bothering anyone, please don’t go running for your shovel. Snakes are very beneficial to the health and balance of our environment. In particular, they play a huge role in balancing out our rodent population. Surely we can all agree that’s a very good thing!