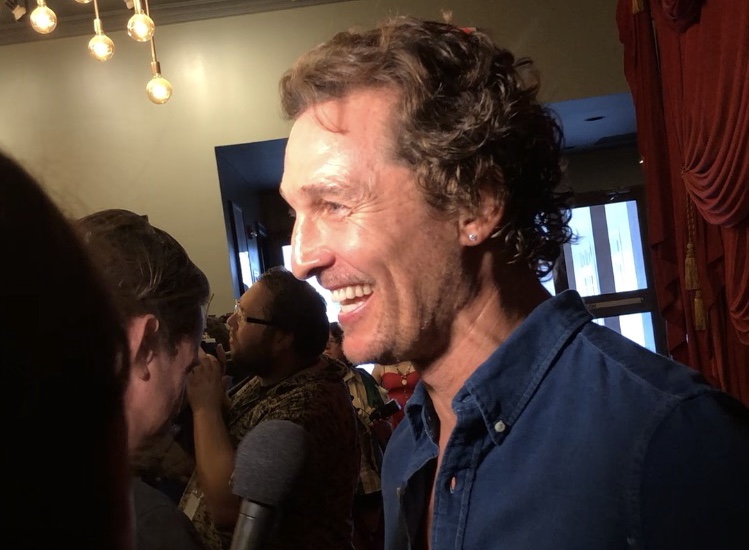 The University of Texas Moody College of Communication announced Wednesday that Matthew McConaughey has been promoted to professor of practice in the Department of Radio-Television-Film. The Oscar winner has served as a visiting instructor since 2015 but is now a full fledged member of the faculty. He will once again be teaching the “Script to Screen” series.

Celebrities were all over Austin this week. Country legend Tanya Tucker took part in a signing event at Waterloo Records on Sunday. Meanwhile, Josh Hopkins, most known for the TV series “Cougartown,” was spotted by ATXgossip at The W Austin’s WET Deck. Emmy, Grammy, and Oscar winner Common performed at ACL Live on Tuesday. And the Out of Bounds Comedy Festival kicked off the seven-day fest on Tuesday as well. Running through September 3, faces you may recognize at the event include Scott Adsit (“30 Rock”), Craig Cackowski (“Drunk History”), and Laura Kightlinger (“Will & Grace”).  More info here.

Fantastic Fest announced their second wave of films this week, which includes Rian Johnson’s Agatha Christie tribute Knives Out. Johnson is confirmed to be in attendance. Fingers crossed that star Daniel Craig, or one of the many other big-name stars in the film comes along as well. The festival runs September 19 through 26. You can learn more about the lineup and get tickets here.

When you watch the just-released trailer for the live-action version of Lady And The Tramp you’ll surely recognize Justin Theroux’s voice. But there’s another star to be on the lookout for in the film. His dog Kuma, whom he rescued right here in Texas, also has a small role. According to Theroux’s Instagram, Disney features tons of rescue dogs in the film, including star Monty who was rescued from @halorescue, a no-kill shelter in Phoenix.

We also got another glimpse of the new Terminator film this week. In the Terminator: Dark Fate trailer we see more action and even more suspense as it’s still unclear what the movie is actually about. We do know that it stars Austinite Gabriel Luna as a terminator who creepily re-animates.

Want even more entertainment news? Head over to ATXgossip.com.