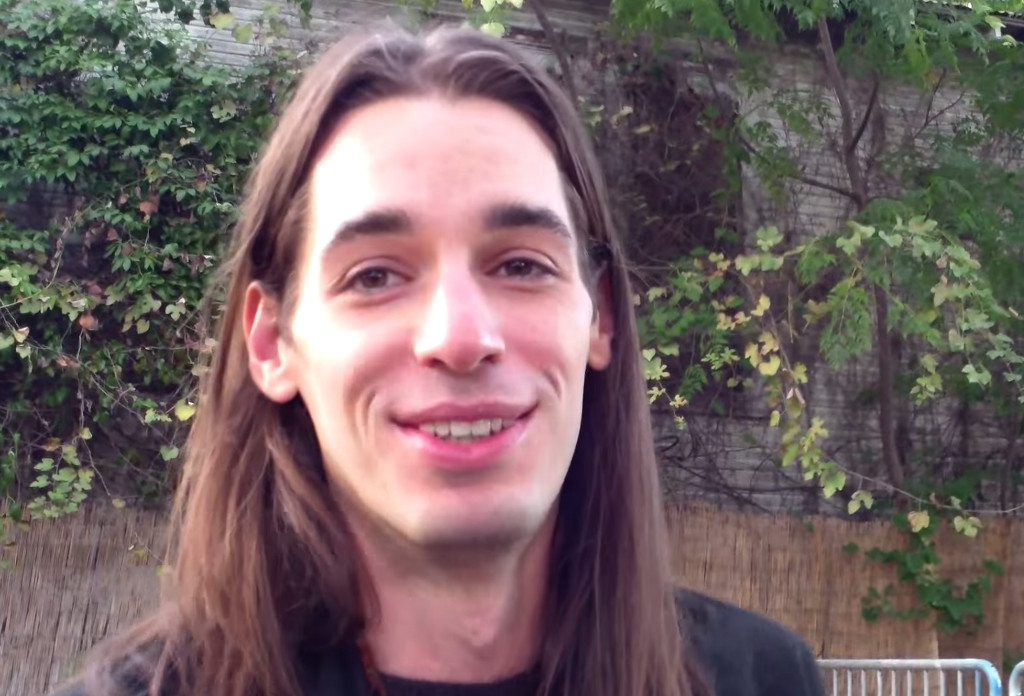 When President Obama visited Austin recently and got a fist-bump and an earful about LGBT rights from a self-described “register girl” at Franklin BBQ, few could have predicted how quickly word of Daniel Webb’s legend would spread.

Obama gets a fist pump as he pays for his lunch during a surprise visit to Franklin Barbecue in Texas #obamaaustin pic.twitter.com/sPUAMIAm2S

It didn’t take long before Webb’s shout out to equality was making national headlines, elevating the writer/comedian/drag queen to the status of a local legend. But despite the media attention, Webb’s work as an entertainer did not get the spotlight it deserves. So, it falls to Austin.com to right that wrong.

However, someone beat us to it. That someone was Austin’s own local celebrity Arcie Cola, the local access cable phenomenon who’s now the producer on a series of YouTube videos called “Day Drinkin’,” featuring profiles of local people, interviewed Webb late last year. The video seems to have been overlooked by the national media during Webb’s moment in the sun, but you can watch it above.

Webb came to Austin in 2000, fleeing the conservative pastures of Fort Worth for what he feels is a much more friendly environment. “Texas is a friendly state, and I love that, but Austin really exemplifies that,” he told Austin.com. “People are like home: Neighborly, friendly, talkin’ to you in line at the grocery store. People are just a little bit more loose.”

That means, of course, the reaction to his brush with power here locally has been quite different to what’s on the Internet. “There’s soooo much hate online and it’s just soooo vile,” he said. “Some people think I shouldn’t have said something while I was on the job, and I can understand that. But the hatred out there just has me laughing and laughing. It’s very motivating… People say I shouldn’t have said anything when I’m behind the register, but it’s okay if I’m doing stand-up [comedy]? Right.”

Though Webb came to Austin to ply his musical abilities — “I’ve played piano for years,” he said — it wasn’t long before hauling music equipment around became too much to bear. “Now I do stand-up comedy,” he said. Here’s a clip of Webb performing at The New Movement Theater in February:

When he’s not choking crowds with laughter, Webb also entertains in drag under the pseudonym Toyota Lopez, and recently won first runner-up at a local drag show. “But I only have like four dresses, so I can’t keep showing up in the same dresses all the time,” he said.

Of course, Webb also works for Franklin BBQ, the Austin restaurant institution that gave him the rare opportunity to holler at Obama and still keep his job. “I think I’ve worked at like 10 restaurants now, which sounds bad,” he said with a laugh. “It sometimes seems like Austin’s restaurants employ all of Austin’s musicians.”

If you want to catch Webb performing live, check out his online calendar to find out where he’ll appear next. Webb is currently scheduled to co-host the “Gurl’s Night” comedy show on Tuesday at Rain on 4th Street, starting at 9 p.m.