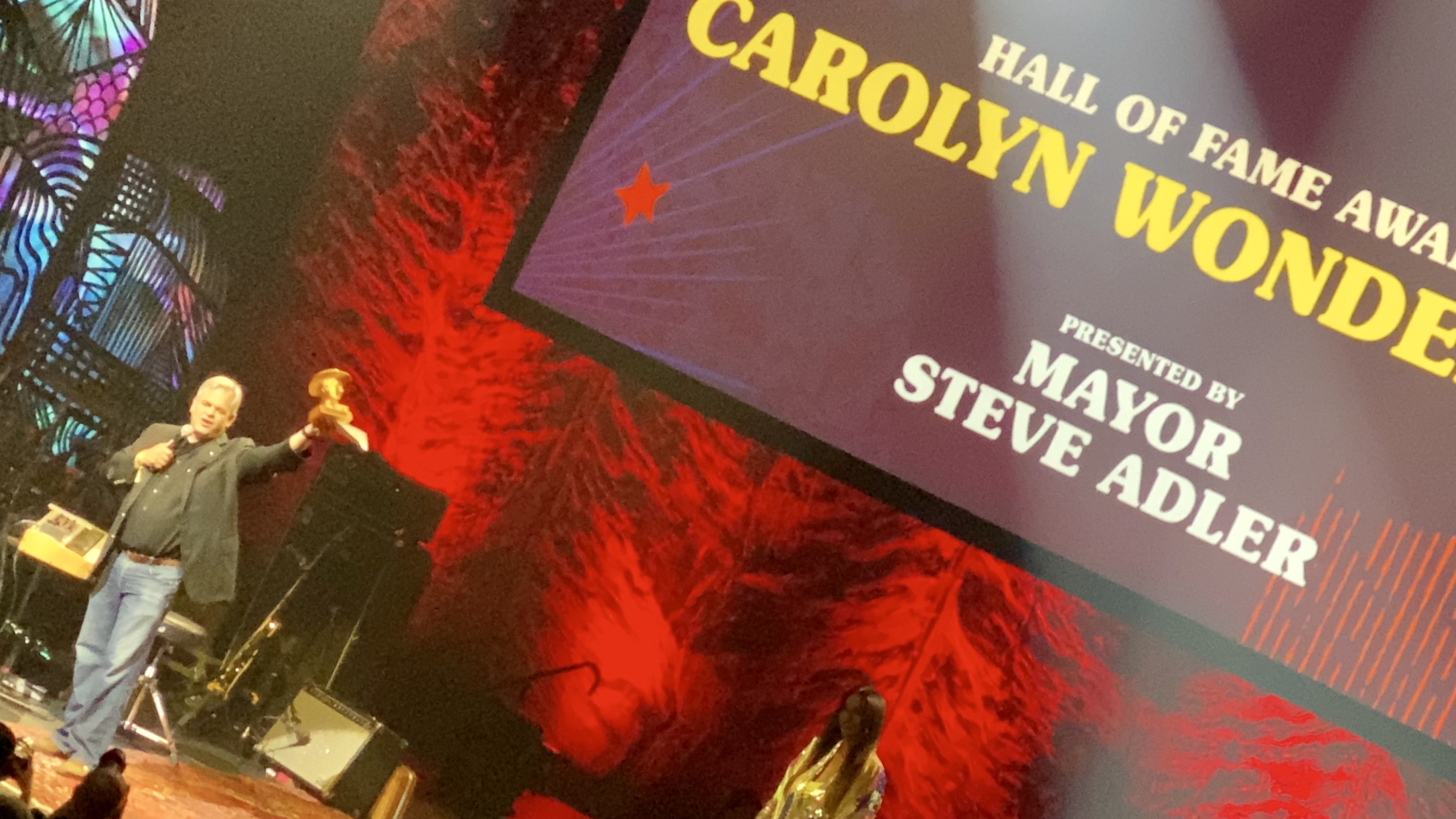 When Mayor Adler made an appearance at the Austin Music Awards on Wednesday night he spoke about Austin’s live music scene, the SXSW cancellation, and the need for universal healthcare to help keep everyone in the city safe from COVID-19, aka the Coronavirus.

Adler was at the awards show to welcome his house band, a group of musicians that all received awards, as well as present the Hall of Fame Award to Carolyn Wonderland (who was not in attendance due to health reasons). He began his time on stage talking about his love for music, calling himself the “consummate groupie.”

“I’m like the biggest music fan here in the city,” he said. “When I finally had a platform it became real important for me to remind everybody that when you walk into the club or a bar and there’s a band playing, remember that they are not volunteers. There’s a tip jar in front that we all need to know. There’s merchandise in back that we all need to buy.”

Speaking about he and wife Diane underwriting the house band in the awards show, he told the crowd that it’s important that we all participate in Austin’s live music scene and that it’s truer today and this week than it has ever been before.

In regards to the SXSW cancellation, Mayor Adler had this to say: “For somebody that loves music and loves this city as much as I do, I will tell you that I went to bed three weeks in a row praying that I would not have to cancel South By. It was something that had to happen. If you watch what’s happening in the news today you can see that we were just a day or two ahead of virtually the rest of the country.”

Before giving more details on the COVID-19 virus’ imminent spread to Austin, the Mayor assured the audience that Austin is not shutting down.

“I’ll tell you this,” Adler said. “Austin is not closing. Clubs are still open. There are still bands that are playing. And unless you’re over 65, 70, 80, you can still go out in this city and listen to music and drink some beer.”

He then went on to discuss the fact that the virus will definitely impact the city, stating that though the virus is not here yet, it will be here shortly.

“And the issue about how we deal with it in this city is not a question of whether it comes but how fast it comes. Because if it comes in a real spike, we have our work cut out for us. If it has the same number of people that get sick (and) get better, but it happens more gradually, we’re gonna be fine.”

As Adler began to transition to the real reason he was in attendance, to give the Hall of Fame Award, an audience member shouted, “What about the homeless?” to which the Mayor replied.

“Your question was about the homeless in our city,” he addressed the audience member. “I will tell you we are focused on that population right now and our seniors in senior homes. Austin (is) the first city in the state to mandate health insurance for everybody that lives in this city (and we were) taken to court by the state which has stopped it from happening. You should all talk to your state leaders because if we had everybody insured in this city at this point we would be in a much better place.”

And with that, Adler turned the attention back to the awards show, making one final statement, “Remember, keep playing, keep tipping, and keep buying merchandise.”