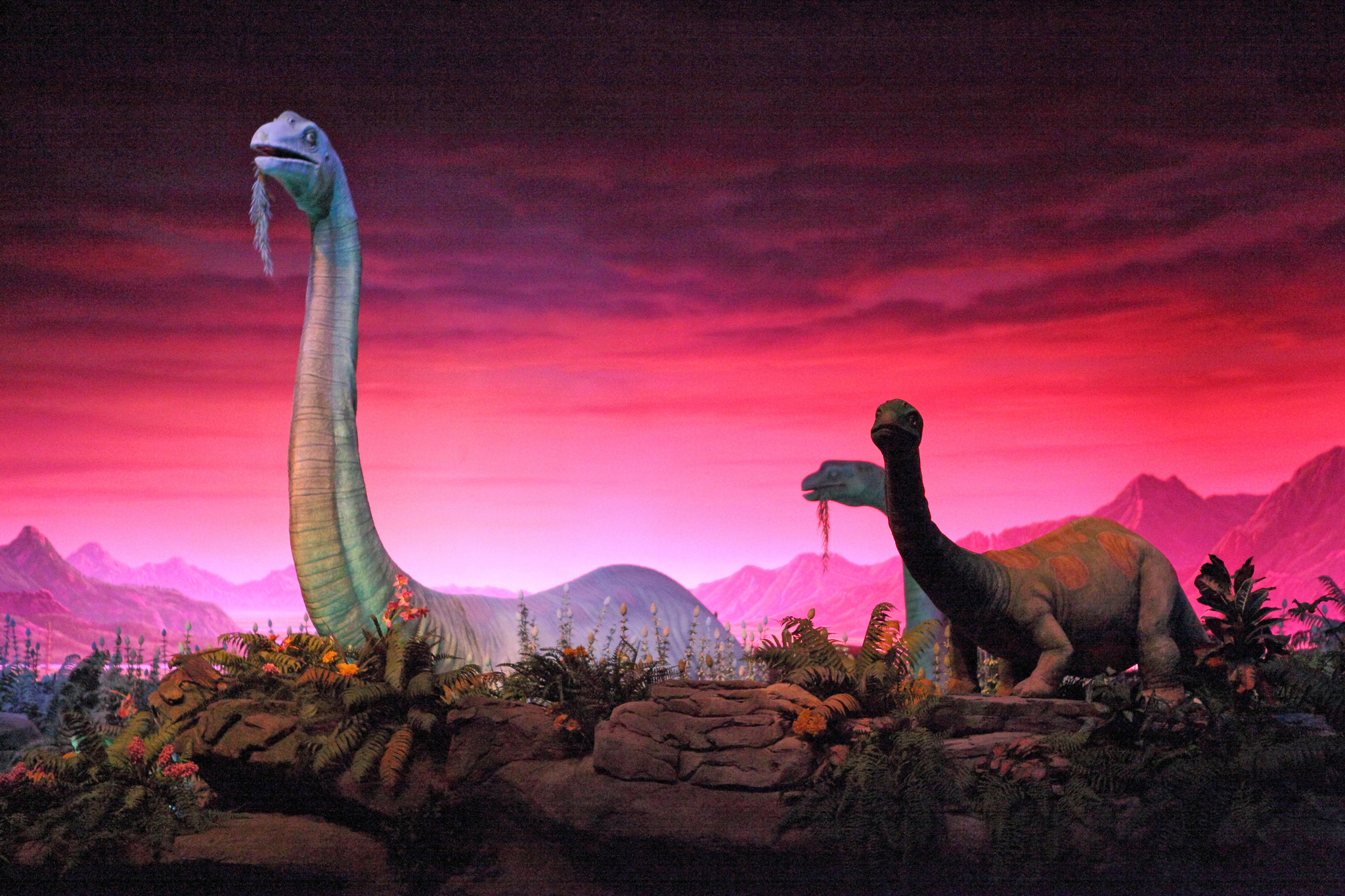 Now that the latest Jurassic World is finally here, we’re more than a little obsessed with dinosaurs, so we went on an expedition to find the biggest and baddest prehistoric experiences in and around Austin. You are definitely not going to miss these, you Chris Pratt wannabe, you: One of the most obvious places to start your epic quest is right here at home at the 80-acre Austin Nature & Science Center. Take the kiddos to the DINO Pit. While they’re digging around in the sand, you can examine the featured exhibits — replicas of fossils and castings of dinosaur tracks — while secretly pretending you’re Steven Spielberg.

Wilco’s Champion Park also has some pretty cool replicas — and theirs, we might add, are climbable! 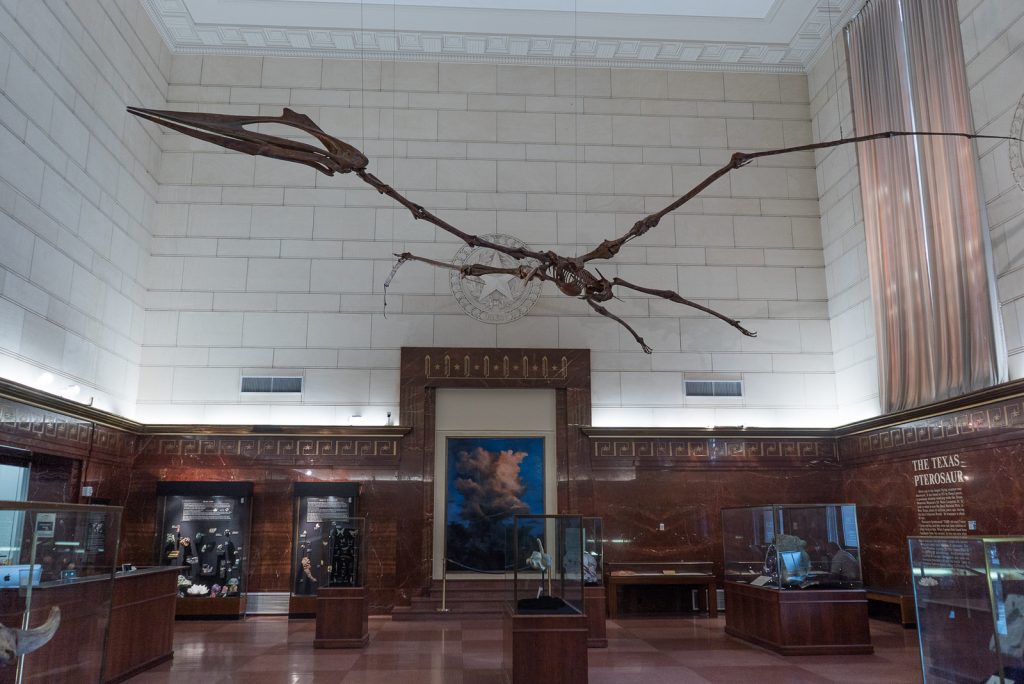 If you’re an Austin dino fan, you’ll love the Hall of Geology and Paleontology at the Texas Memorial Museum. Located on UT’s campus, the museum houses a wide collection of dinosaur-related exhibits, including fossilized animals and plants, meteorites, and skeletons. Definitely do not miss the 30-foot long Onion Creek Mosasaur, a marine reptile discovered in 1935 by UT geologists, or the 36-foot wide Texas Pterosaur skeleton hanging in the Great Hall.

You’ll also find an interactive room full of “Discovery Drawers” and a Paleo Lab where you can learn more about ancient artifacts. Outside, you can sit among models of mosasaur vertebrae and a saber-toothed cat statue. 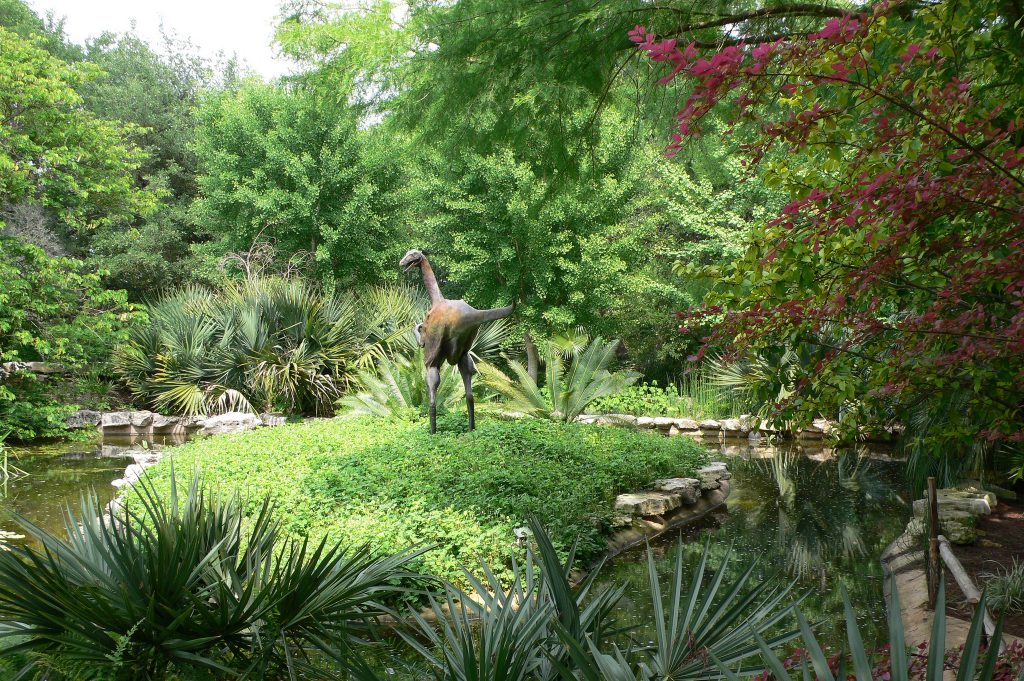 While you’re at Zilker Park, you might as well explore Zilker Botanical Garden. As you walk the western paths in the two-acre Hartman Prehistoric Garden, you may begin to get the feeling you’re being stalked. You are. Look closely and you’ll spot a life-size Ornithomimus statue among the Cretaceous greenery on Dino Island, surrounded by a pond full of gar.

It’s magical enough to make you want to buy a dinosaur planter. Immediately.

4.) Get your vehicle washed by CAR-nivores at Jurassic Car Wash

Not kidding… Jurassic Car Wash is a legitimate business in South Austin. Figures! This 4-bay drive-thru car wash (automatic and self-serve) allows you to get your vehicle cleaned in the company of animatronic dinosaurs. You can even wash your dog in their self-serve Jurassic Pet Wash. According to the company’s FAQ, the dinosaurs “come alive” daily every hour and half-hour between 10 a.m. and 7 p.m. Additionally, two of the dinosaurs eat coins — 75 cents each — so you’ll need a $1.50 for the full experience.

5.) Join ranks with the Paleontological Society of Austin

Every dinosaur fan knows that velociraptors are the most effective hunters. Why? Because they work together in groups. If you’re obsessed with all things prehistoric, you may just find your posse among the fossil enthusiasts of the Paleontological Society of Austin (PSA). Visit the group at the Austin Gem & Mineral Society building on the 3rd Tuesday of every month at 7 p.m.

If you decide to join up, you’ll be able to attend these monthly meetings on the regular, plus fossil workshops and field trips (eee!). And while you’re at it, you should probably check out the folks at Austin Gem & Mineral Society, too. 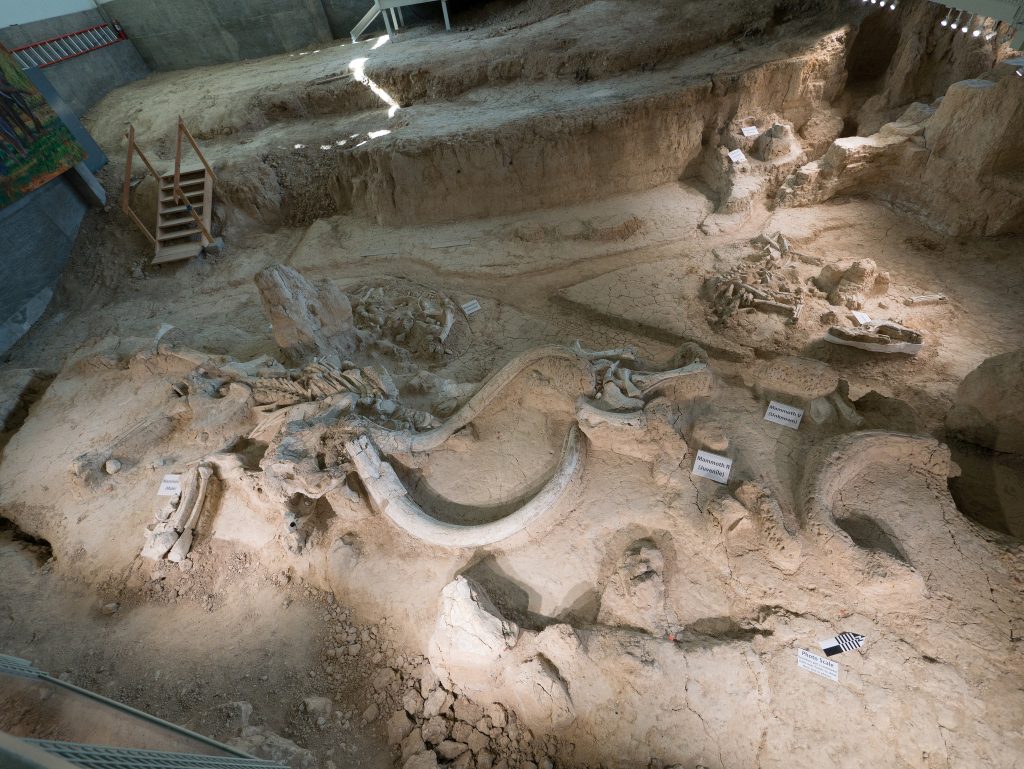 Though not exactly dinosaurs, the fossilized mammoth skeletons that were found at the Waco Mammoth National Monument are definitely worth a visit if you’re into ancient creatures. This paleontological site allows guests to view Ice Age era mammoths and a 67,000 year-old camel in their original placements. This is the only recorded discovery of a nursery herd of Columbian mammoths in the U.S.!

Though some portions of Dinosaur Park in Cedar Creek are more geared to kids, who wouldn’t love walking a nature trail among 31 life-size dinosaur replicas? You’ll meet a Velociraptor, Stegosaurus, T-Rex,  Triceratops and Brachiosaurus, among others, plus get the opportunity to play prehistoric I-Spy as you explore and even dig up “fossils”!

8.) Head out to the Heritage Museum for Hundreds of Dinosaur Tracks

If you’re looking to see real dinosaur tracks, The Heritage Museum of the Texas Hill Country will hook you up. The park contains more than 200 dinosaur tracks in 28 separate “trackways.” The footprints were made approximately 110 million years ago during the early Cretaceous period. There’s also a pretty sweet fossil exhibit, nature trail and cretaceous garden on site.

9.) Follow in the footsteps of giants at Dinosaur Valley 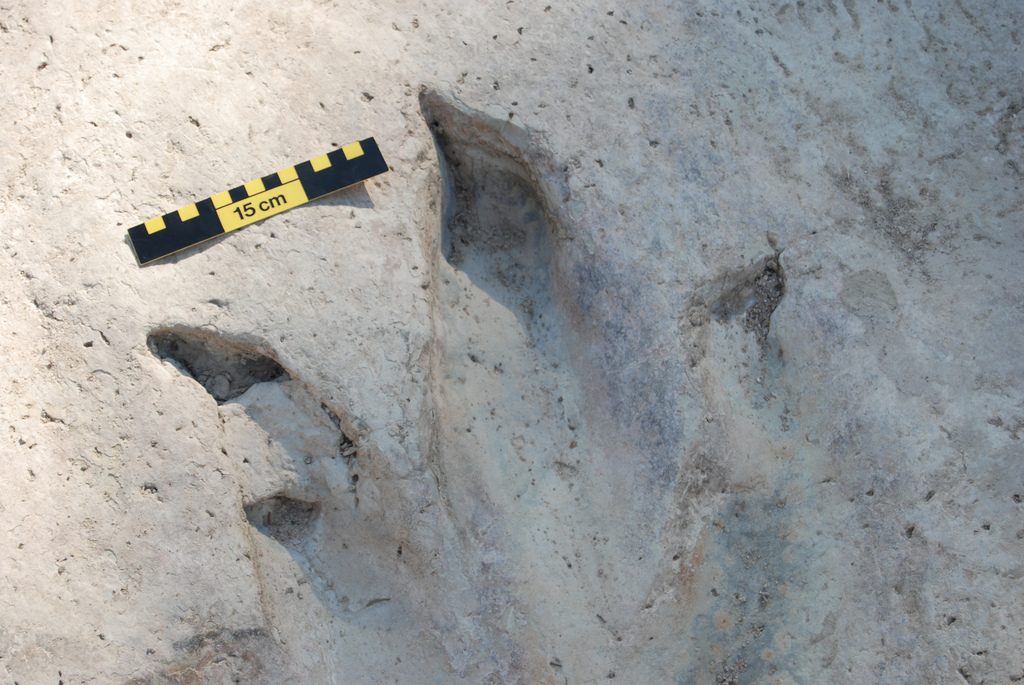 Besides a stunning Texas state park that’s well worth exploring for its hiking and camping opportunities alone, Dinosaur Valley State Park in Glen Rose has something else going for it. Along its stretch of the Paluxy River, the park contains dozens of real fossilized dinosaur footprints in its riverbed, as well as a museum and two life-size dinosaur statues.

10.) Get Jurassic at Dinosaur World

With more than 150 life-size dinosaur models situated throughout the park, Dinosaur World in Glen Rose is arguably the closest you’ll get to visiting the actual Jurassic Park in Central Texas. Add that to the park’s fossil dig and gem excavation site, its motion-activated Prehistoric Museum, and its dog-friendliness, and there’s absolutely no reason not to check it out.

Have you checked off everything from this list and still don’t feel like you’ve soaked in enough ancient vibes? Final idea: Check out one of Central Texas’ many caves, such as Inner Space Cavern in North Austin.