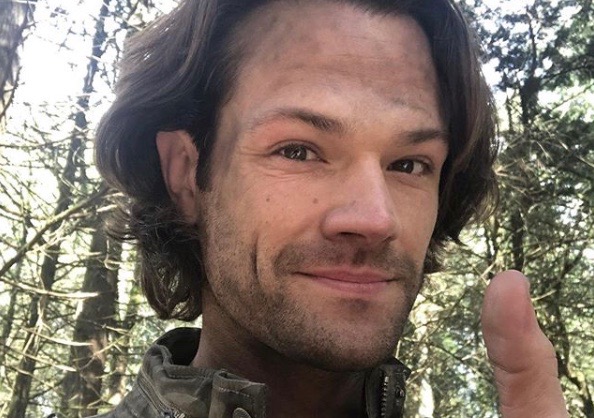 This week, Variety reported that “Supernatural” star and Austinite Jared Padalecki could soon be starring in a reboot of “Walker, Texas Ranger.” We’re happy to hear about Jarpad landing a new gig before the final season of “Supernatural” has even completed filming. Though ATX Gossip followers on Facebook don’t seem to be as excited. Multiple fans stated that there’s only one true Walker, Texas Ranger and it’s Chuck Norris.

Fans of Jeff Beck were treated to a special guest performance at his show at the Paramount last weekend. Johnny Depp popped up on stage to jam with the rocker. No word on whether the actor/ musician visited with his former in-laws while in the ATX. Ex-wife Amber Heard hails from Austin.

Fantastic Fest concluded on Thursday with an extremely well received screening of Rian Johnson’s Knives Out. Other screenings that featured celebrity attendees included VHYES (Susan Sarandon and Tim Robbins in attendance), In Search of His Daughter with Michael C. Hall and Jojo Rabbit with Stephen Merchant.

Those who were lucky enough to score tickets to see country superstar Garth Brooks at Gruene Hall were treated to a fantastic show this week. Following the Dive Bar tour stop, Brooks posted this statement, “From THIS bar, to the streets, to the parking lots … Thank you ALL for making tonight a PARTY I will never forget!!! The first time could not compare to THIS TIME!!! THIS is why I play music!”

Jewelry designer Kendra Scott announced that she’s partnered with U-T to create the Women’s Entrepreneurial Leadership Institute at The University of Texas at Austin. The announcement featured an inspiring panel discussion on female leadership with actress Freida Pinto and former “Bachelorette” Rachel Lindsay. The Institute is set to open to all students in Spring 2020.

Ghost Rider Runs Out of Gas

A live action version of Marvel’s “Ghost Rider” was set to air on Hulu, however, the project has been nixed. Austinite Gabriel Luna starred as Ghost Rider on ABC’s “Agents of S.H.I.E.L.D.” He posted an emotional thank you to his fans on Instagram following the announcement. We’re sorry this project isn’t going forward, however the rising star can take solace in the fact that he’s co-starring in what will surely be one of the biggest blockbusters of the year. Luna plays a terminator in the upcoming film Terminator: Dark Fate.