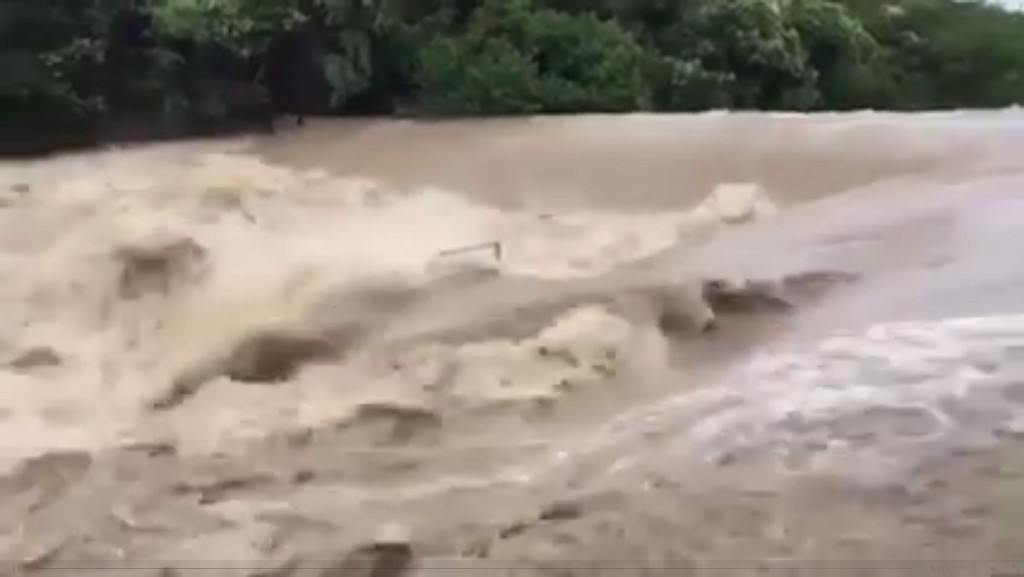 This spring seems to keep kicking us central Texans in the teeth. First it started with allergies, thanks to the wetter-than-usual fall and winter. And now it just won’t stop raining. For the last several weeks we’ve seen storm after storm after storm, saturating the ground and filling our lakes — but also taking a very serious toll on our way of life.

The most recent round of downpours were so intense that in some cases the actual rainfall in the hill country was twice what meteorologists expected. And while this is an El Nino year, the effects of El Nino are usually concentrated around Christmas time, not early summer. “Usually this time of year we don’t have much effect from El Nino,” Texas State Climatologist John Neilsen Gammon told radio station KUT.

What happened to the Blanco River last weekend wasn’t just any flood: This one broke the record set in 1929. Instruments used to measure the water level stopped responding after it eclipsed 40 feet, according to Austin’s ABC News affiliate KVUE-TV. The flooding that resulted in San Marcos and Wimberley, just south of Austin, temporarily shut down Interstate 35 and inundated the cities.

Here is what it looks like from the sky:

It’s so bad that Hayes County is now telling people east of I-35 to boil their water for at least one minute before consuming it, out of fears that their supply may have been contaminated by the flood waters. Over 1,000 people have been displaced, according to The Austin American Statesman. Locals are also telling NBC News affiliate KXAN-TV that they have never seen anything like this weekend’s floods, and shelters have reached capacity.

Here’s just one of the many tragic stories coming out of San Marcos:

Hayes County Emergency Management Coordinator Kharley Smith said Monday morning that at least one person has died, and 12 more are missing. An estimated 1,200-1,300 homes have been damaged by the flooding.

The San Gabriel river to Austin’s north was also affected by these rains in a very dramatic way. Here’s footage of a water rescue underway in Georgetown just a few days ago:

The effect on Austin has been similar, but thankfully less dramatic. Still, the Barton Creek Greenbelt was shut down over the weekend because it looked like this (via the Austin Parks and Recreation Department):

And this is what it looked like from the sky, courtesy of Over Austin photographer Chris Sherman: Barton Springs from the sky, courtesy of Chris Sherman at OverAustin.

And if that’s not shocking enough, here’s what our beloved Barton Springs Pool looked like on Sunday (also via the Austin Parks and Recreation Department):

Those waters aren’t just rushing over a popular swimming hole — they may have just destroyed the last remaining habitat for the Barton Springs Salamander, an endangered species known to live only in central Texas. Fingers crossed.

Austin, thankfully, has not been hit as hard as our neighbors. We did have to postpone the UT Austin graduation, and there are still over 200 road closures due to high water, but it could have been much worse. Still, a quick look at ATXFloods.com shows a LOT of red covering Travis County. Each of the dots are where water could cross the roads. The red dots are where water has closed down roads. Sadly, we’re not even scratching the surface of the total impacts this bizarre weather is having across Texas and neighboring states. Dams all over the state are or have been overflowing. For a bigger picture view, check out this CNN story.

Even as this post is being written, we’re under fresh tornado and flash flood watches. So, this bizarre weather pattern is not done with us yet. Here’s what the radar looked like over Texas as of Monday at 12:29 p.m., courtesy of WeatherUnderground. Monday morning’s forecast says this could go on for weeks longer, even though we’re expected to get a brief reprieve by Tuesday or Wednesday. Considering that we’ve seen rainfall topping 20 inches in some areas of Texas, it’s time for everyone to get weather aware.

We cannot stress this one point enough: The Red Cross in Central Texas desperately needs your help. If it’s already this bad and we’re expecting things to get worse, the faster they can get volunteers trained the better off we’ll all be.

“When families across Texas need shelter, disaster relief and comfort, Red Cross volunteers are there to help them,” Marty McKellips, regional director of the Red Cross in central and south Texas, explained in a blog post. “Now more than ever, we need people in the community to step up and help their neighbors in need by becoming a Red Cross disaster volunteer and to provide relief for our current volunteers.”

Stay safe out there.