For decades, many conversations with Austin newcomers began the same way: “I was at 6th and Congress and this homeless-looking guy with a beard walked by in a thong — in the middle of the day!” It never failed. “Oh, that was Leslie,” we’d tell them.“Everyone in Austin sort of knows Leslie.”

Though he died in 2012, taken from us too soon at the tender young age of 61, Leslie’s legacy lives on. Former Mayor Lee Leffingwell declared March 8 “Leslie Day” for a reason, after all!

But how to best keep Leslie’s spirit alive in an increasingly slick and polished Austin? We think it’s about his ideals, not his look(s). As Leslie so famously said: “It’s not how you dress, it’s what’s in your heart.” So, here’s three very Leslie-inspired things you can do this Sunday to honor his legacy and help keep Austin weird. Boas and thongs are certainly helpful, but definitely optional… 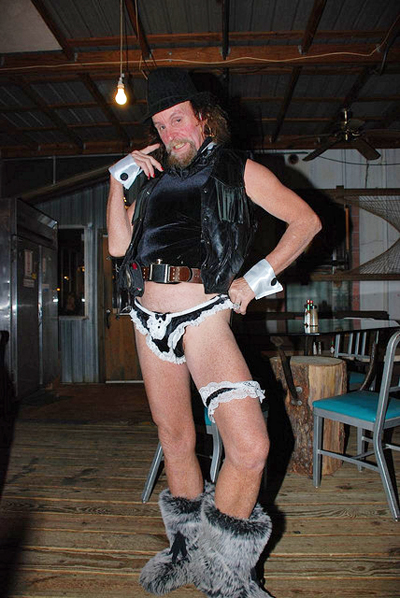 The late Leslie Cochran — perhaps the only homeless transvestite in American history to run for mayor of a major city while rocking a beard, tiara and fake breasts on his 6’4” frame — was “the king and queen of Weird Austin,” according to Joshua Long, author of “Weird City” and assistant professor of environmental studies at Southwestern University.

Leslie made an indelible impression on Austin during the twenty-odd years he called our streets home. He became a celebrity and a brand, lending his likeness to a line of magnetic dress-up dolls, an iPhone app and locally produced TV ads. He represented Austin in his trademark thong on “The Tonight Show with Jay Leno,” and even placed second in one of his three runs for mayor after doing himself proud in the debates.

“Leslie was oddly comfortable in his own skin,” Long said. “He didn’t doubt who he was, change how he acted, or apologize for much of anything. That kind of self-confidence is pretty rare in a city that’s increasingly obsessed with its image.” 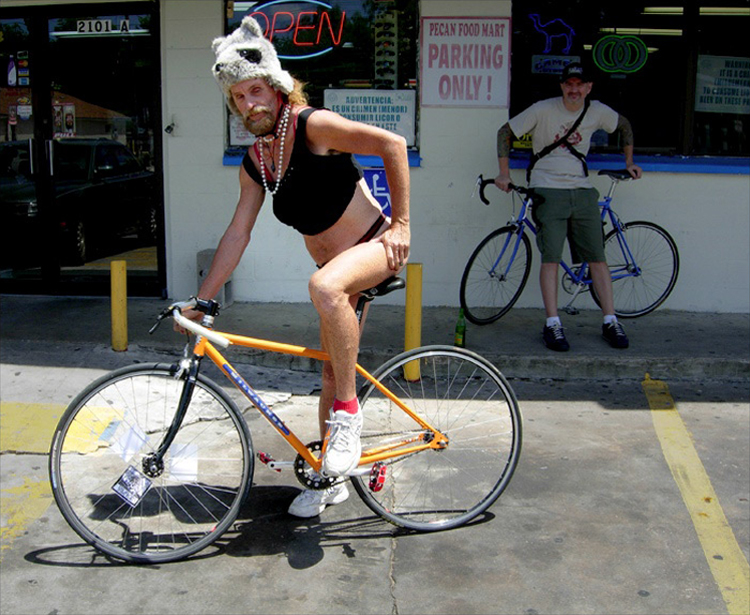 Apparently, the person who asked Leslie to pose with his bike for a photo didn’t quite expect THIS.

While Leslie is gone — he died in 2012 due to complications from a head injury — his legacy lives on. Long interviewed Leslie several times for his book and says the glam get-up wasn’t what truly set Leslie apart.

“When he ran for mayor, he put on his best pencil skirt and blazer and spoke knowledgeably about issues that were important to Austinites,” Long said. “It surprised people to see how informed he was and how he engaged certain issues intimately, the way only someone from the street can.”

Leslie followed city politics very closely, participated in the process and raised issues the city will no doubt grapple with for years to come. To follow his example, find a cause in your community that means something to you and stay on it. 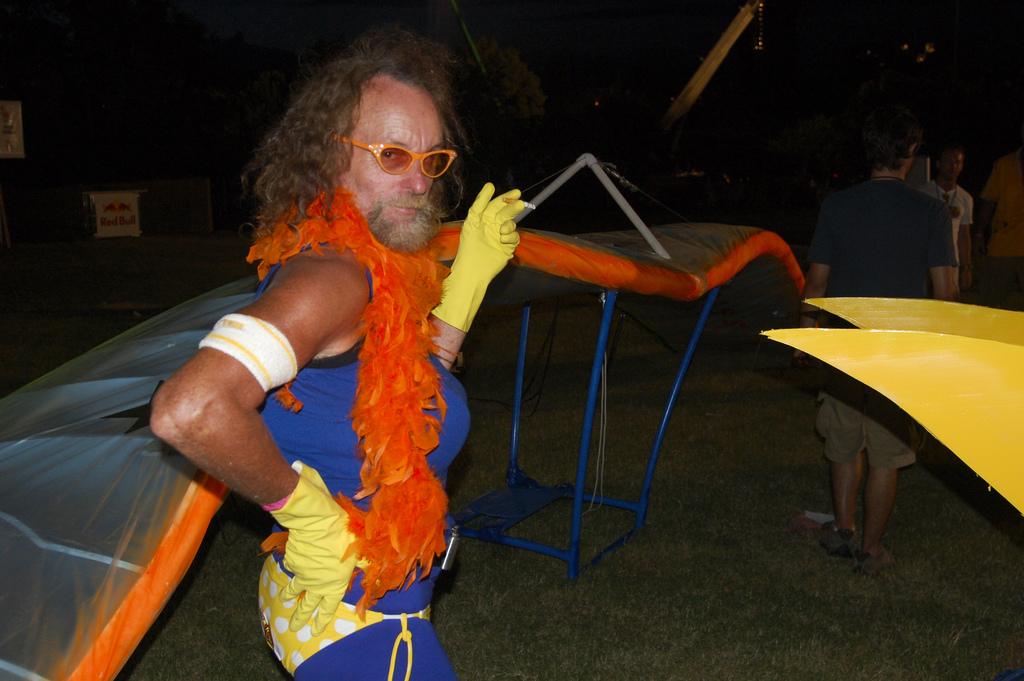 To Leslie, eternal vigilance was the price of weirdness.“The people of Austin are still hanging on to that spirit,” he told Long in 2007. “The new people in town need to be assimilated, and they are being assimilated. But we can’t get lackadaisical about it.”

“He was a strong advocate for homeless rights, affordable housing, tolerance, and a pervasive sense of anti-materialism that was once understood in Austin,” Long said. “Some would say that those are all important issues for contemporary Austin. That’s why people liked Leslie.”
——

- October 25, 2020
These Are Our Favorite Family-Friendly Daytrips From Austin

Here are 10 action-packed, family-friendly daytrips from Austin to get you out of the city and back home in time for dinner.
- October 23, 2020
Everything You Need to Know About Shipe Park

The downtown Austin skyline lit up yellow this week to honor CEO, designer, and philanthropist, Kendra Scott. Here's why!