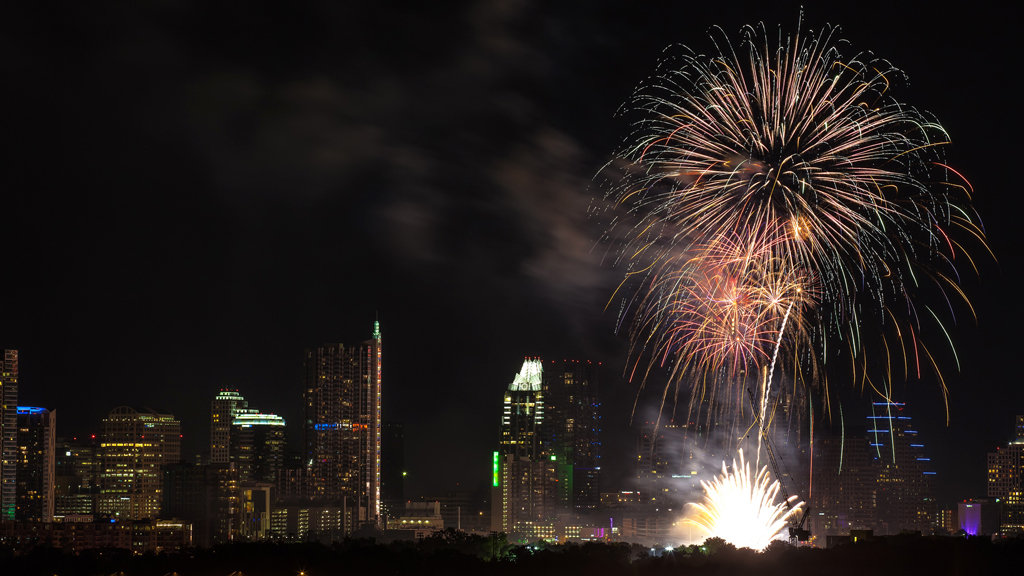 Help Austin Bring In The New Year At Auditorium Shores

Before you make plans to enjoy a quiet evening in with a glass of wine to watch the Times Square Ball Drop, consider attending Austin’s annual New Years celebration at Auditorium Shores. Organized by the city, “Austin’s New Year” (ANY) usually amasses an impressive turnout and this season’s family-friendly festival has the potential to be the biggest yet.

ANY 2016 will be held at Auditorium Shores (Vic Mathias Shores), and South 1st Street, and Riverside Drive from 4 p.m. to 10:30 p.m. on December 31. One of the major goals of the event will be to showcase the Austin community’s diverse creativity through interactive art projects and booths and live music performances.

Expect to encounter tons of ride-able Austin Bike Zoo “creatures” throughout the evening, as well as face painting, crafts, 3D printer demonstrations from The Thinkery, aerial performances from Sky Candy, temporary public art installments, a roaming Gypsy Folk band, all of your favorite food trucks, and much more.

If you’re artistically inclined or are just in the mood to make a mess, be sure to participate in Texas Music Hall of Fame artist and activist Tim Kerr‘s collaborative community art project — a giant 30-foot mural you can pelt with paint balloons.

The whole shebang will end with a Texas-sized fireworks show over Lady Bird Lake at 10 p.m. People will be able to see the fireworks at various locations all over the city, but the Auditorium Shores crowd will easily have the best fireworks viewpoint in Austin, so you’ll definitely want to factor Austin’s New Year 2016 into your holiday plans. We know we will!

Check the ANY 2016’s Facebook page for up to date event information.