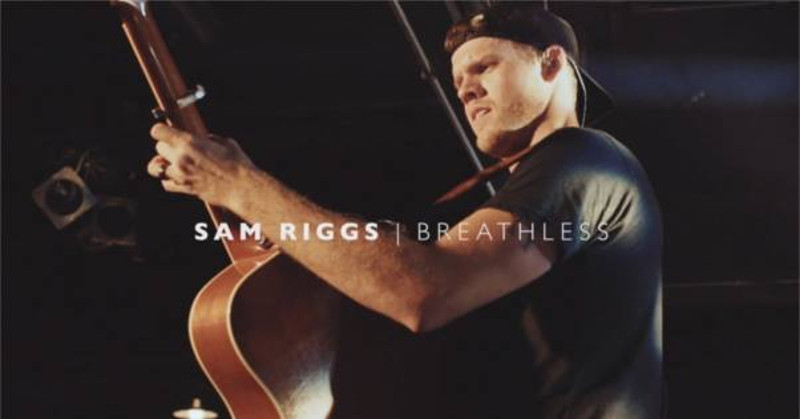 Although you may not have heard of him, Austinite Sam Riggs and his band The Night People are already two albums deep into a promising country music career. The second album, “Breathless,” was published just last month. By most accounts, any country music fan in Austin should appreciate this fella given that he picked our fair city — better known for its rock, blues, and electronic influences — over the more traditional country music launching pad and longtime rival music hub that is Nashville.

Growing up in Florida riding bulls and getting kicked off the high school band’s drum line, one of Riggs’ most memorable influences was Garth Brooks, whom he admired for his “out of the box” style and offbeat music videos. But it wasn’t till a friend introduced him to Reckless Kelly and the Randy Rogers Band that he knew Texas was where he would find his sound. Riggs moved to town and got to work on his first album, “Outrun the Sun,” with the guidance of songwriting legend Ray Wylie Hubbard. Although he was inspired by the sounds of Reckless Kelly and Randy Rogers, you don’t listen to either of his albums and immediately compare him to any of the bands he cites as influences. Although the themes you find in his lyrics are common enough to country music — heartbroken lovers, addiction, bull riding (there’s the Garth Brooks in him coming out!), and the mythical honky-tonk angel — his songs and his sound are his own.

Released in 2013, “Outrun the Sun” introduced Riggs to the red dirt music scene and got his new-found fans singing along at his shows. He spent three years wearing out the roads between honky tonks, driving his own band around and generally paying his dues. In fact, if you follow his Instagram account, you will quickly become acquainted with how sleep-deprived his lifestyle can leave him. He likes to announce his upcoming shows with short videos in random voices which can only be thought up after an all night drive between Oklahoma City and San Marcos. If his sophomore album leads to the kind of success lots of reviewers are predicting, let it never be said he didn’t work for it.

Three years may seem like a long time between albums, but with all the work Riggs and the band put into building a following, writing songs, and raising money to produce the new album (not to mention meeting and marrying his new bride), the time must have flown by. Riggs raised most of the money for the new album via his Kickstarter campaign and, according to his Facebook page, is still working on the handwritten lyric sheets he promised his backers.

His new album, “Breathless,” was released just last month and already has reviewers excited. Since the funds for the album were hard won, Riggs chose to go with a sure thing and use the same producer from his first album, Erik Herbst. But he also made the decision to co-write all of the songs. Although this move complicated the process to some extent, each co-writer also brought a different perspective to Riggs sound and, ironically, helped him focus his own style. For the most part, the gamble paid off. The whole record feels more focused than “Outrun the Sun.”

One of the first tracks that really grabs listeners, “Second Hand Smoke,” compares substance addiction to being addicted to a person. The cut is nothing short of a ballad, complete with a mournful fiddle that lends credence to him claiming Randy Rogers Band as an influence. But if you’re new to Sam Riggs, check out this video showing his acoustic version, filmed by his filmmaker wife Natalie Rhea Riggs. We’ve included the video below. There’s something about hearing and seeing him sing it all alone that will give you a better feel for his artistic voice.

Given that Riggs definitely still qualifies as a newlywed, it’s not surprising that the title track, “Breathless,” comes off as a steamy love song. Other strong tracks include “The Lucky Ones” and “To Save Something You Love.” And if you’re heading out to one of his shows anytime soon, you can expect to hear “High on a Country Song,” one of his biggest crowd pleasers and a fitting analogy for how this guy’s music will have you feeling.

In short, if his goal was to produce songs that country music fans can sing along to, then Riggs has done his job well.