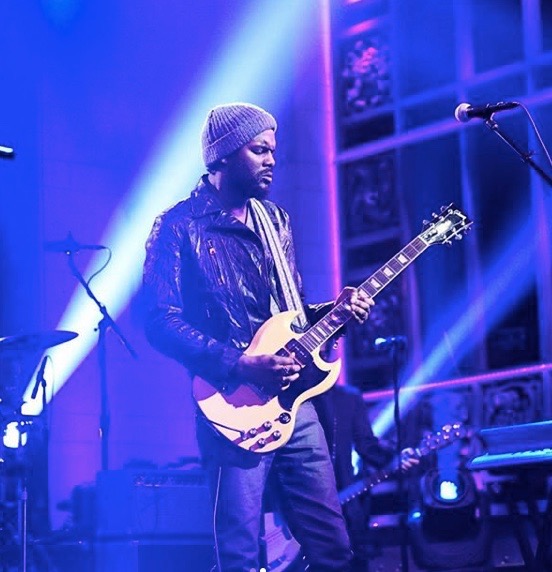 Watch as Gary Clark Jr. Rocks the SNL Stage and Says ‘Hi’ to a Special Austinite

Hometown fave Gary Clark Jr. appeared on “Saturday Night Live” for the first time this weekend. He rocked the audience with performances of the songs “This Land” and “Pearl Cadillac” from his new album This Land, out February 22.

After his second performance, the Austin native gave a shout out to his mom, who still lives right here in Austin. He clearly mouthed the words “Hi mom,” as he wrapped up his performance.

We were hoping the musician might don an Austin City Limits shirt at some point on the broadcast or give another nod to the ATX. But he was dressed too dapper for that. Not that we’re complaining. He looked amazing as always.

The Grammy Award winner will be returning to Austin early next month to tape an episode of “Austin City Limits” on March 5.

Gary Clark Jr isn’t the only musician to perform on the iconic “SNL” stage. Other musical acts with ties to Austin include Spoon, The Dixie Chicks, Stevie Ray Vaughn, and, of course, Willie Nelson.