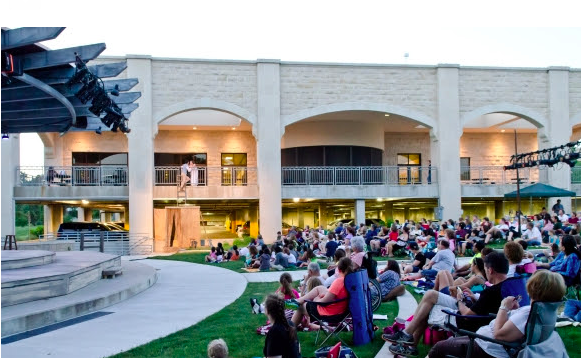 Free Summer Play: <i> The Hound of the Baskervilles </i> 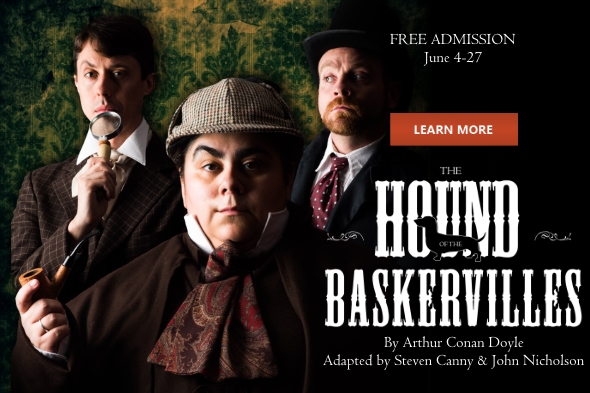 Penfold Theatre Company presents a hilarious new stage adaptation The Hound of the Baskervilles June 4-27, 2015, free of charge at the Round Rock Amphitheater.

When Sir Charles Baskerville is found dead on his estate, with a look of terror still etched on his face and the paw prints of a gigantic hound beside his body, the great detective Sherlock Holmes is summoned from Baker Street, with Dr. Watson in tow, to unravel the mysteries surrounding his death and investigate the ancient curse of the Hound of the Baskervilles. In this comedic new adaptation for three actors, Sir Arthur Conan Doyle’s classic mystery has been supercharged with playfulness and wit, reminiscent of Monty Python and The Complete Works of William Shakespeare (Abridged).

Performances of The Hound of the Baskervilles will be Thursdays, Fridays, and Saturdays at 8:00 p.m., June 4-27, 2015. No reservations are necessary, just bring a blanket or low chairs and enjoy the outdoor play. The show is free, but donations are appreciated. Penfold Theatre Company is a 501(c)(3) nonprofit organization.