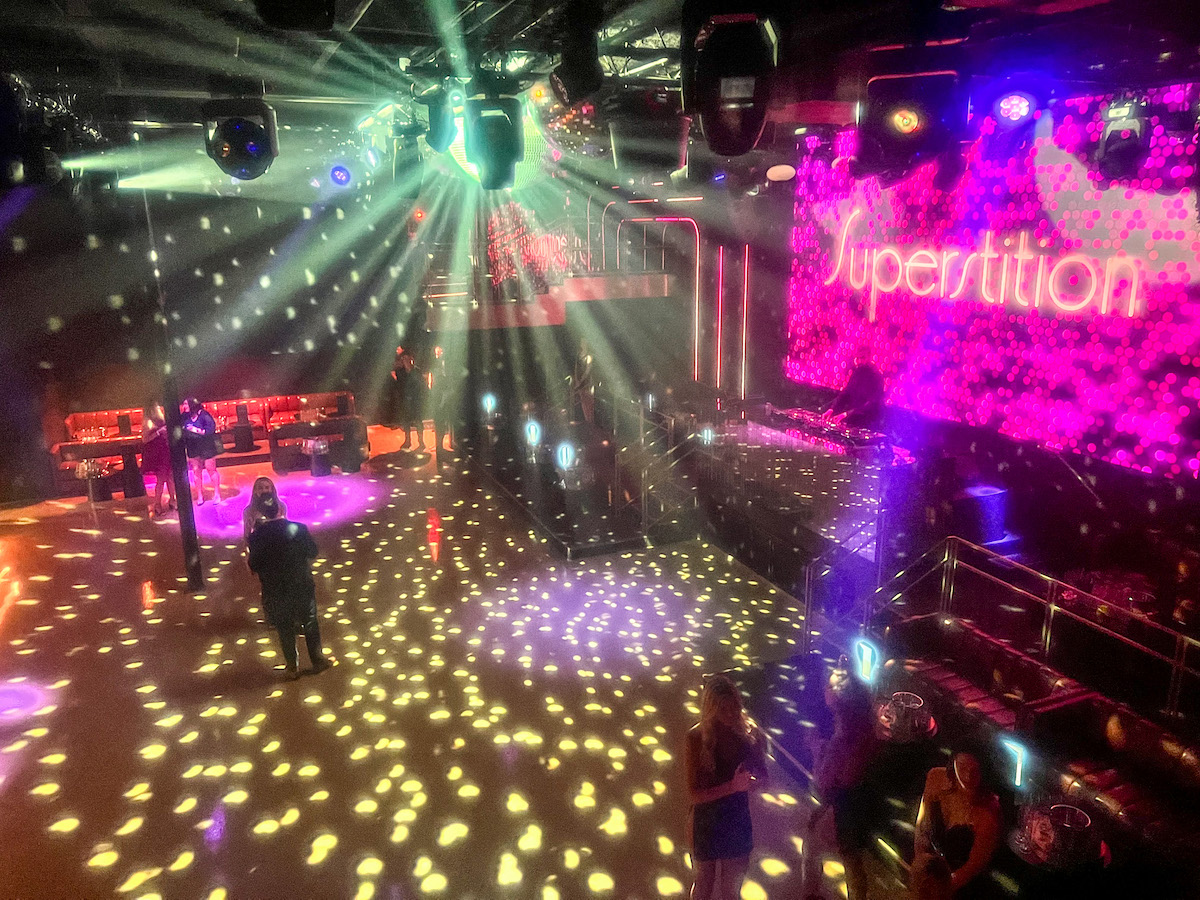 Abandoned for over a decade, the former location of male strip club La Bare finally has a new tenant! Austin nightclub Superstition opens just in time for 2023 – and some well known DJs will be pumping up the crowd.

The 12,000 square foot nightclub is located at 110 East Riverside at South Congress and it is unlike any other dance club in Austin. Superstition channels the energy of Studio 54 with a big city vibe. We’re talking VIP spaces, elevated bottle service, world class entertainment and a HUGE dance floor. In fact, it’s now the largest dance club in central Austin with a capacity surpassing 1,500 people. There’s also an intimate cocktail lounge and patio, which will have extended hours starting in 2023.

Get a real visual of how the club looks with this video from @spilltheatx:

The grand opening weekend of the Austin nightclub was packed with high energy headliners ringing in 2023. Chromeo kicked things off on Thursday, December 29, followed by Dillon Francis and Justice on Friday and Saturday.

Here’s a look at what’s coming up:

Keep up with additions to the lineup here.