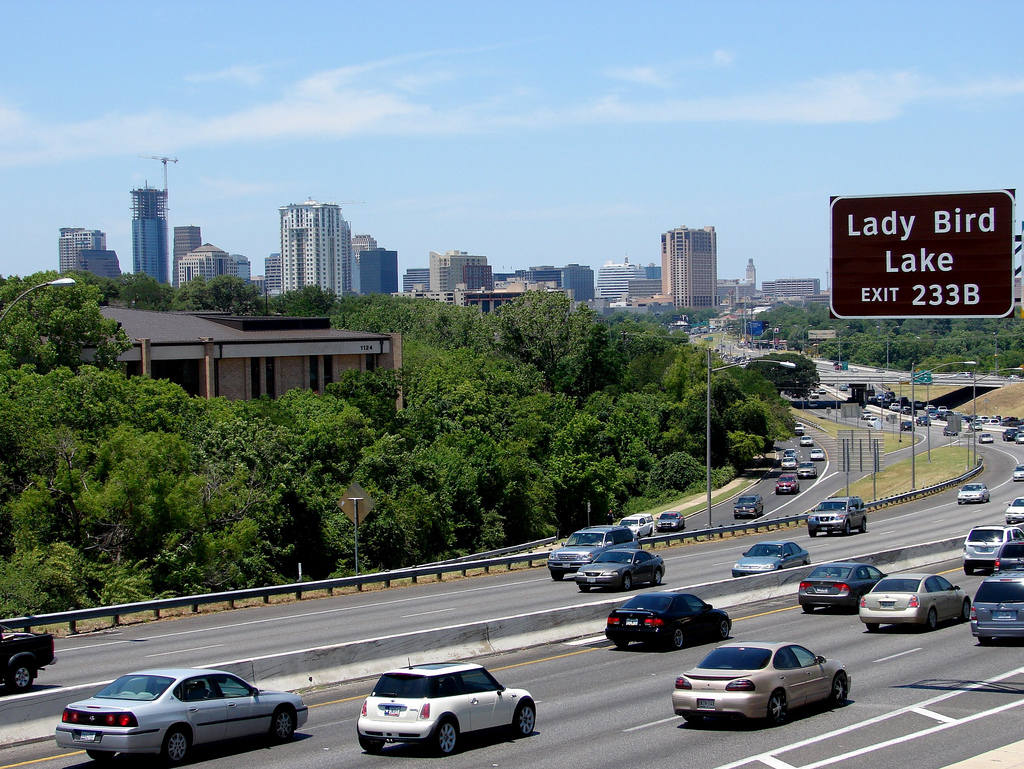 The Five Magical Moments When Driving In Austin Is Nice

Austin traffic is something people usually talk about through gritted teeth, but every so often you experience something uplifting that makes the rest of your commute more than just tolerable. Sadly, these precious, magical moments are few and far in between. Austin is, after all, the 16th most-congested large city in the U.S.

But instead of griping about traffic, we’re hoping to help make everyone’s lives easier through a form of positive-reinforcement therapy. We’d like to count off those few moments of bliss you are bound to encounter in local traffic every once in a while. Every Austinite has experienced a moment like these at least once…

5.) You Discover A New Shortcut You’re sitting in traffic one day, and you just can’t take anymore crawling at a snail’s pace in a long line of vehicles resembling marching ants. You weave your way to an exit, and when you finally make it to the exit ramp, the sudden increase in speed gives you a rush of adrenaline. Forty miles per hour never felt so fast. Even if the trip takes you a few minutes longer, moving is better than staring at tail lights that won’t budge.

You come up to a stoplight, but you swing onto a side street. No cars! How can this be? You wind down the streets stopping at stop signs but thinking how much longer you’d be sitting at the stoplight. Maybe you’ve discovered a new way home or a divergent route for when you’re about to erupt. Taking a shortcut makes you feel like you know something the rest of the world hasn’t figured out.

Pro tip: For even better commute times, use Google’s community-based traffic navigation app Waze. It’ll speed you around all the nasty congestion AND show you new shortcuts at the same time.

4.) OMG! Who Cares About Traffic? Look At That Sunset! Austin is known for having burnt orange sunsets that would make Bevo’s heart skip a beat, but do you really want to be sitting in traffic for it? Austin sunrises can be just as pretty and have the same Longhorn hues and tones. Plus, an Austin sunrise is a great start to the day. You can head into work feeling like you’ve gotten a jump on the day.

Pro tip: Beautiful Austin skies, and complaints about how awful the traffic is, are things always best shared with friends. Speed up everyone’s commute to and from work by catching a ride with Ridejoy Austin.

3.) Dodging A CapMetro Bus Right Before It Stops Capital Metro moves thousands of people a day by bus and train, but only in a few places do buses have areas for passengers to load and unload without blocking the flow of vehicle traffic. One of the last places an Austin driver wants to be is stuck behind a stopped CapMetro bus with a parade of cars in the next lane speeding past.

Austin drivers pull off some daring maneuvers to whip around a Capital Metro bus, so be extra cautious as you approach. However, there is a nice tinge of satisfaction when avoiding these moments of annoyance by making a quick dodge around a stopped bus.

Pro tip: If you can’t fight them, join them. Darting around busses is fun but sometimes risky. Save everyone some hassle and yourself some money by using CapMetro’s trip planner and leaving the car at home occasionally. Cars are doing the speed limit on Mopac at 7:15 a.m. on a weekday. How can this be? Well, check your calendar because it may be an obscure holiday for state employees. On days like Lyndon Johnson’s birthday, Texas Independence Day, or some other holiday you didn’t know was an actual holiday, Austin’s highways aren’t quite as densely packed.

In addition to federal holidays, the Texas Legislature grants state agency employees some additional time off. Agencies remain open on these extra days, but a skeleton crew tends the shop. Employees who work a skeleton crew day are allowed to take the hours off later.

Pro tip: Plan your various escapes from town for one of these days to hit top speed in no time flat. Here’s a schedule of state holidays (PDF).

1.) UT Has Let Out For The Semester Each May and December, the University of Texas ends a semester. As soon as students are free to go back to their hometowns, Austin traffic gets noticeably better. May ends the fall semester, sending Austin into a few months of lighter traffic over the summer. December starts the brief respite of winter break. When drivers realize UT has let out, everybody starts enjoying quicker trips. Knowing the reason for the road conditions might even have you anticipating even better traffic once Austin ISD send students home.

Pro tip: When you suddenly find that driving down Guadalupe is hassle free, that’s the time to go enjoy some of the bars and restaurants in the university area. Check out Hole in the Wall and Madam Mam’s in particular. You’ll actually be able to get parking.