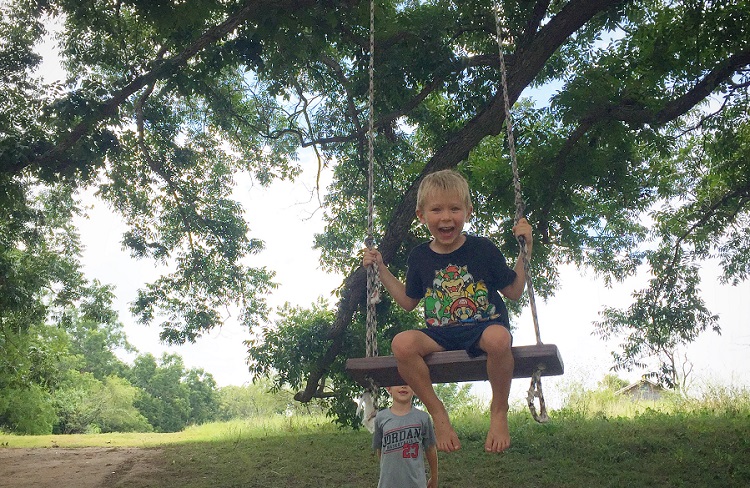 Looking for a new place to adventure? Check out all the reasons why exploring Common Fords Ranch Metropolitan Park with kids is the perfect way to spend a little time out in nature. 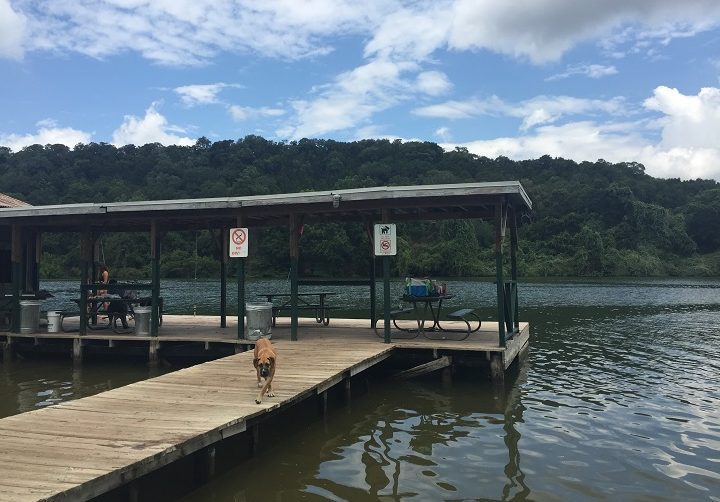 We found Commons Fords Metropolitan Park  (614 Commons Ford Rd, Austin) to be the perfect mini-escape one summer morning. The temps had just dropped from the 100s to the lower 90s, which felt like such a treat that we had to get out and go for an outdoor adventure. It had been raining off and on all morning, which actually made it the perfect day to go. We figured the rain would keep things cool and deter crowds and we were absolutely right! There was only one car parked along the road when we arrived. There appeared to be several places you could begin your hike down to the water. We chose the one that had the Picnic Area sign. 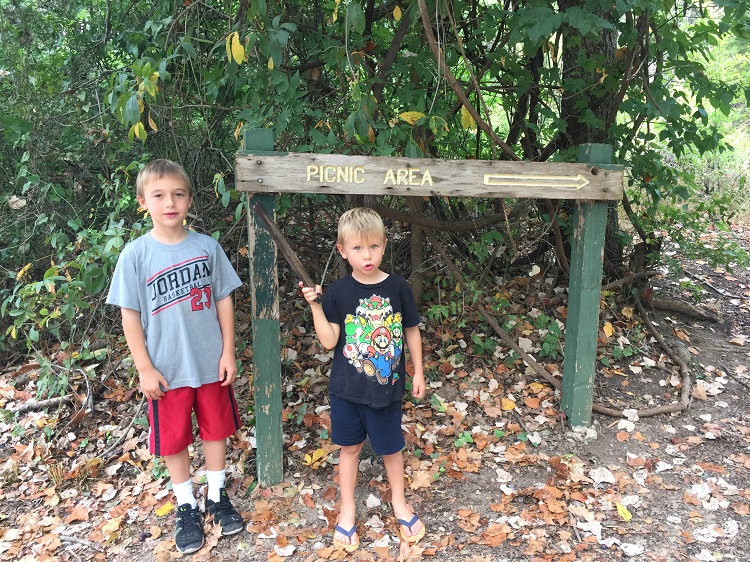 We hiked along a short and shady trail under some big, beautiful trees and saw a beetle, a few lizards, squirrels, and butterflies. It felt so good to be out hiking again after hibernating during the hottest days of summer. There was also a sign that showed us what kind of birds were in the area. 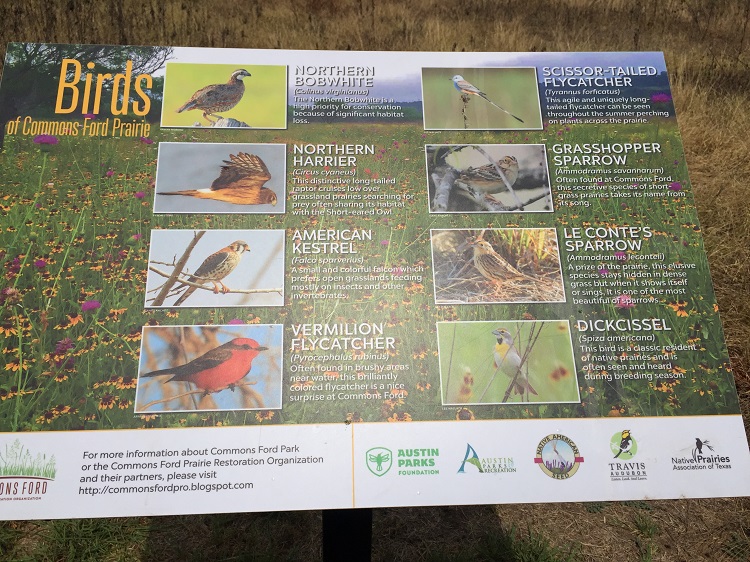 After a short while, we found the water and the trail opened up to a giant clearing. My boys spotted the wooden swing hanging from a tree and immediately ran over for a ride.

Engraved on the seat of the swing was #thegivingswing. So fun that you can post pictures of yourself on the swing and check the hashtag to see others who have done the same. The swing is high enough up that you also get a great view of the water while you swing! 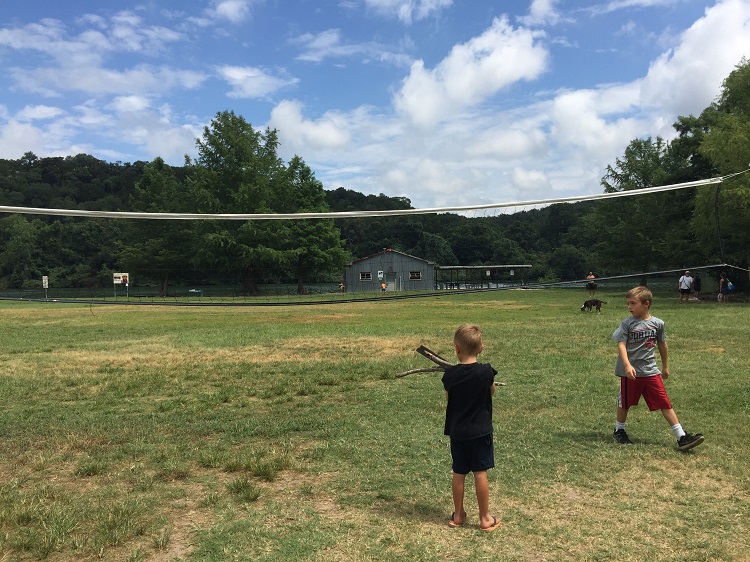 After they took several turns pushing each other on the swing, we crossed the field and headed toward the water. Here’s a tip if you come out: there’s a volleyball net set up in the field, so bring a ball if you like to play. There were a few off-leash dogs running around, which may have scared kids who aren’t into dogs. You should also beware of where you step as you cross the field, as some dog owners aren’t the best at picking up after their dogs. 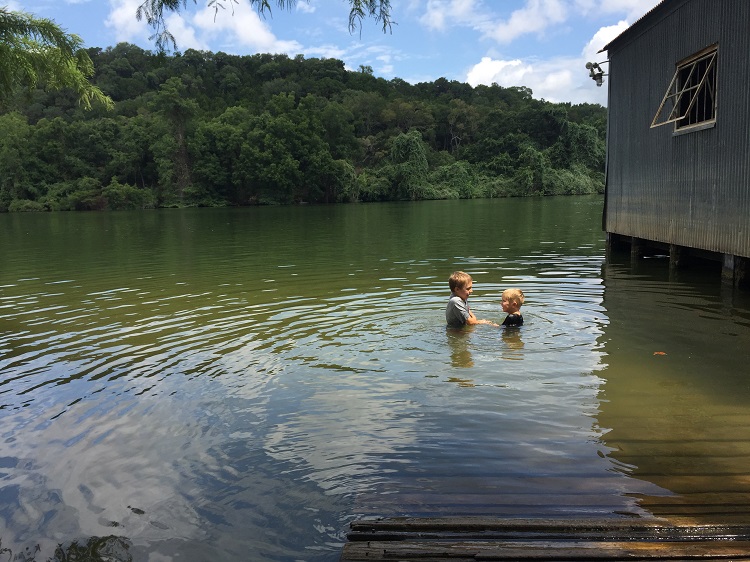 Down by the water you can find a fishing dock, some picnic tables, a grill, and a boat ramp next to a boat house. My boys wasted no time kicking off their shoes and wading into the Colorado River from the boat ramp. There were kids in swimsuits on the other side of the boat house, jumping into the water from the fishing dock, but we were’t quite as prepared. That didn’t stop my boys from eventually getting all the way in the water with their clothes on, however! It made for a soggy hike back but, luckily, I keep a change of clothes and a towel in the back of the car for occasions such as these. 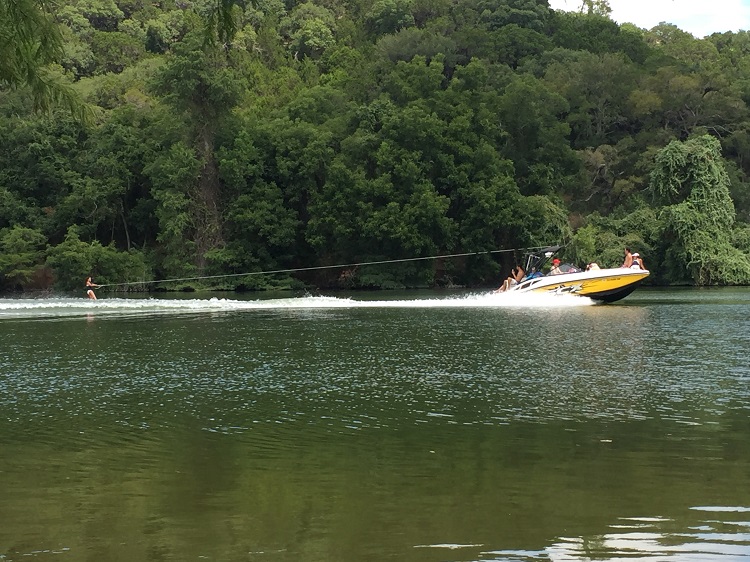 We really enjoyed taking a while to just sit by the water, have some snacks, and watch a few boats go by. It was such a beautiful morning and felt really peaceful to be right on the water. I assume the weekends can get pretty crowded here so, if you’d like more of a tranquil visit, consider visiting on a weekday if you can. When we were ready to head home for lunch, we noticed some turtles sunning themselves on a tree trunk on the hike back out. So many treasures packed into one blissful morning! 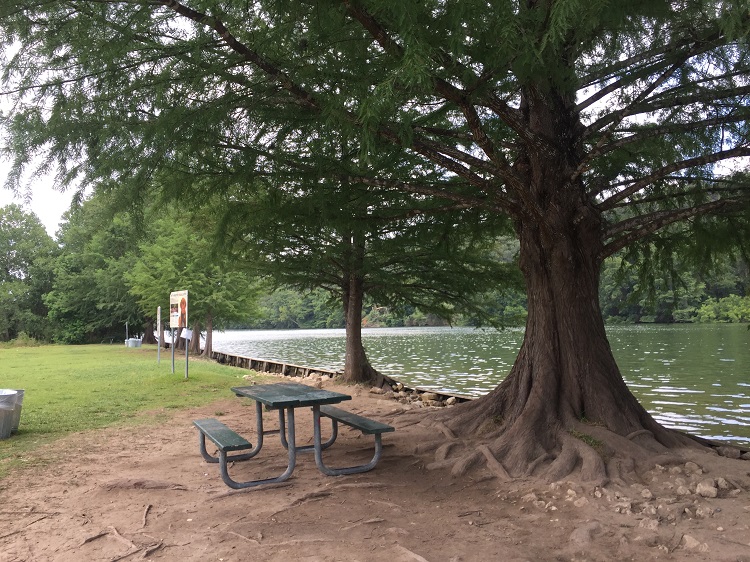 There are more short trails to explore if you head uphill from the road (rather than downhill, which is the direction we chose). Nothing is that well marked, but it seemed easy enough to figure out.

A few things to remember if you plan to check out this park: