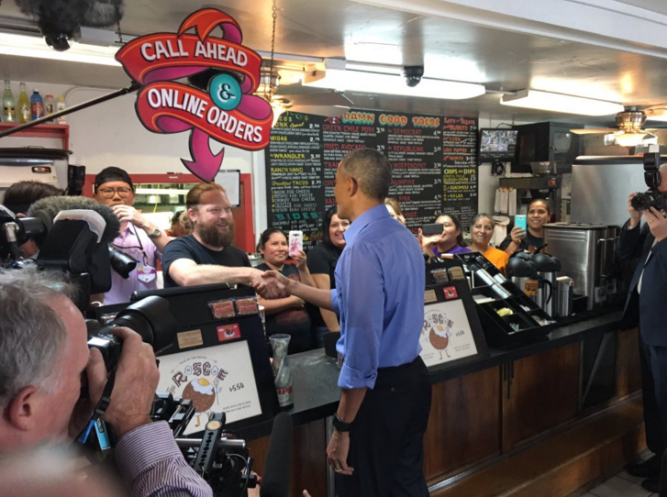 Did Obama Just Pick Austin In The Great Taco War? Sure Seems Like It!

President Obama traded fist bumps at Franklin Barbecue for hand shakes as he made a lunch stop at Torchy’s Tacos on South First St today on his way to The Long Center. “I ordered the Democrat, but then I ordered a Republican, and an Independent because I wanted to give all people a proper hearing. I wanted to be fair,” he later shared at his SXSW speech.

FYI, stopping for tacos with the President does not violate the terms of the I-35 Accord with San Antonio. pic.twitter.com/3Yh74kPu1e

Mayor Adler may still be trying to keep the newly found peace between Austin and San Antonio that yesterday’s Taco Summit yielded, but we see this move by Obama as what it really is-a ringing endorsement of Austin in the taco war.