The Dough at Desano Pizzeria Napoletana Really Rises to the Occasion

Driving down Burnet Road in Austin brings old world together with new world in terms of dining experiences. There you can grab a burger at decades-old Austin go to’s like Top Notch or Frisco. You can also get ethnic fusion like Chi’lantro or kick it high class with the critically acclaimed Barley Swine. 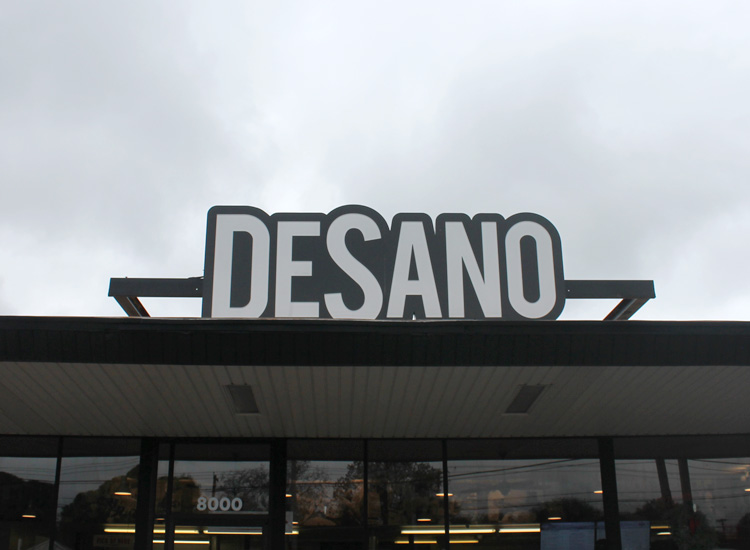 Desano Pizzeria, boasting locations in Nashville, Tennessee,  Los Angeles, California, and Charleston, South Carolina, has recently joined the pantheon of great dining experiences on Burnet Road. We jumped at the chance to do a tasting at this really neat Neapolitan concept in the heart of central Austin. 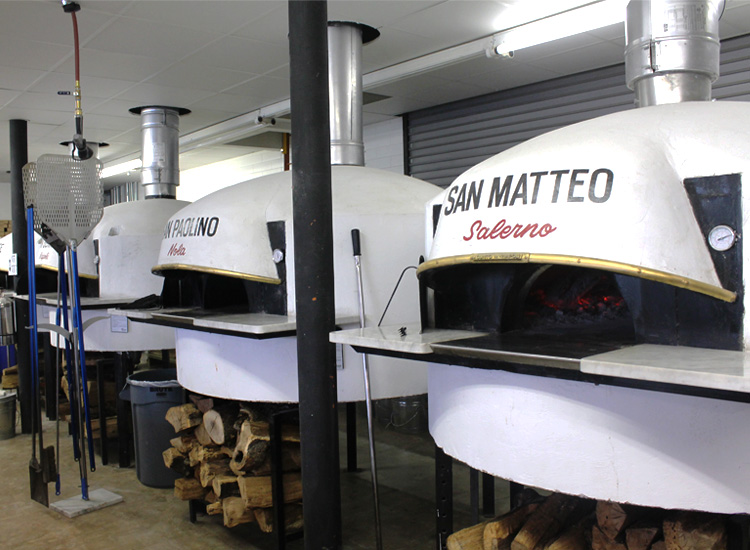 Desano General Manager Josh Mowdy wasn’t shy about bringing food out, he really wanted to give us an immersive experience. The first course, which I like refer to as “all of the appetizers,” consisted of two salads, spinach and caprese, as well as meatballs, which were all fantastic. The spinach salad came equipped with onions, cranberries, mushrooms, artichokes, and balsamic made in house. It was a really good light, floral salad.

The caprese was some of the best I’ve had, made with bufala mozarella that, like many of the other ingredients Desano uses, comes straight from Italy. Sprinkle a little table salt on top of the mozz, and you have an explosion of flavor on your hands. The meatballs are a welcome respite for those Italian fare lovers in Austin that find a good meatball few and far between in a town with limited choices for dining Italian. 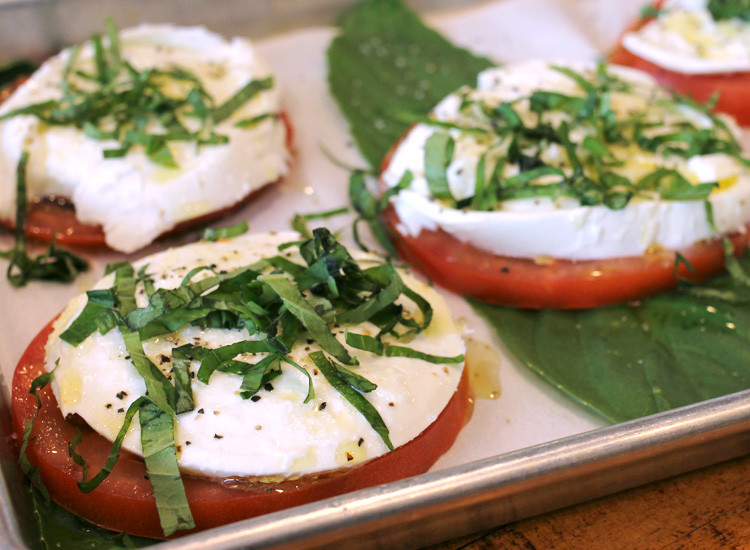 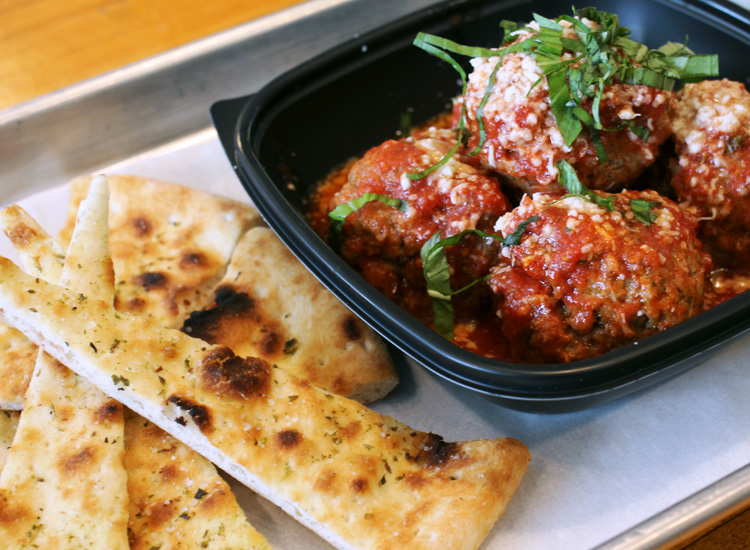 Desano also has you covered when it comes to booze and non alcoholic beverages. Desano works with Republic distribution here in Austin to get most, if not all, of their wines straight from Italy. They also have some solid Italian Beers, as well was non-alcoholic Italian drinks like flavored and regular San Pellegrino. 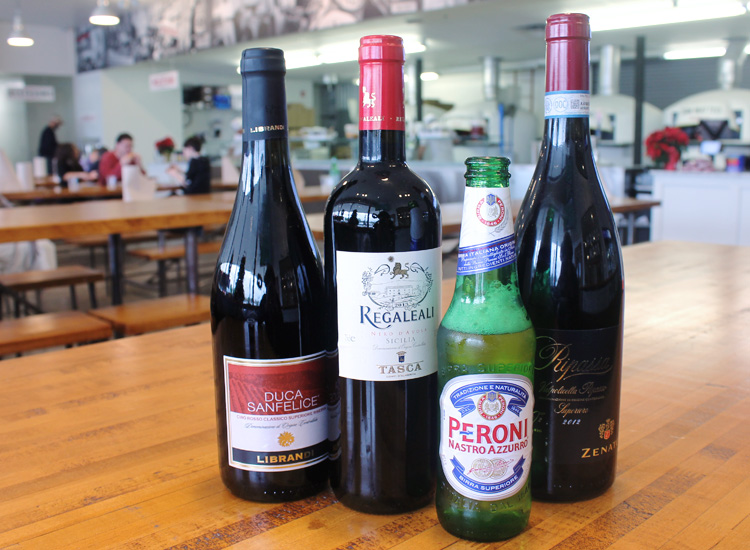 Then, the pizza. Oh, the pizza. It was if we were climbing a mountain of cheese, meat, and veggies with only more pizza as our guide. It truly was an experience. We sampled The Bianca, Desano’s most simple pizza, which quickly became one of our favorites. Up next was the Vedura, equipped with savory and flavorful veggies like broccoli rabe and mushrooms, along with cherry tomatoes and ALL of that delicious bufala mozarella. 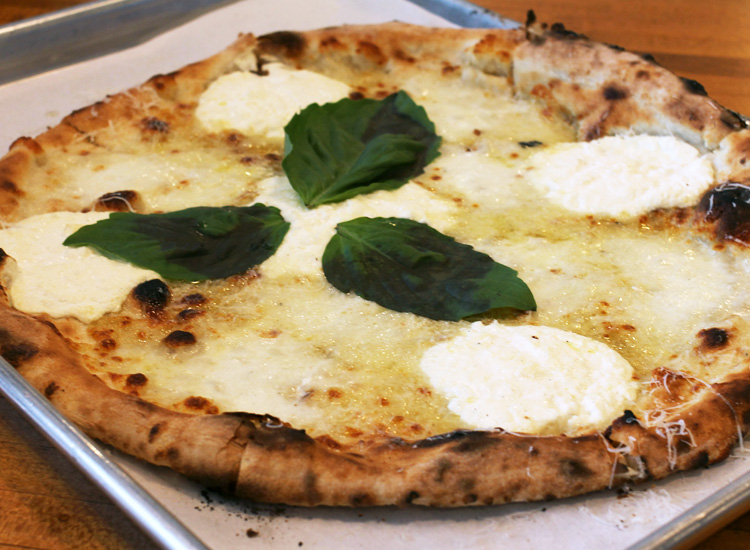 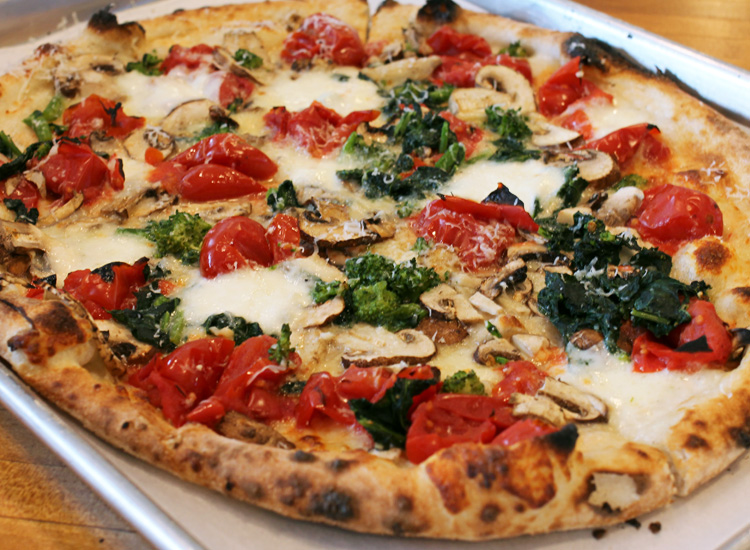 The San Gerrano, which was my favorite, was packed to the gills with Italian sausage, peppadews (a special, small red pepper sourced from Italy) and caramelized onions. To round things out, The Diavola was a nice and spicy two meat pizza, with soppressata, pepperoni, and calabrian peppers. I had never tried the peppers before, but found them to be very spicy and pleasing. 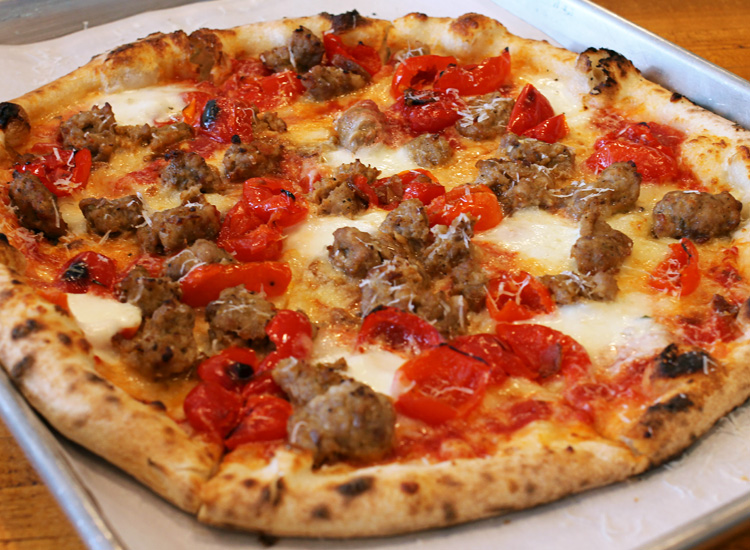 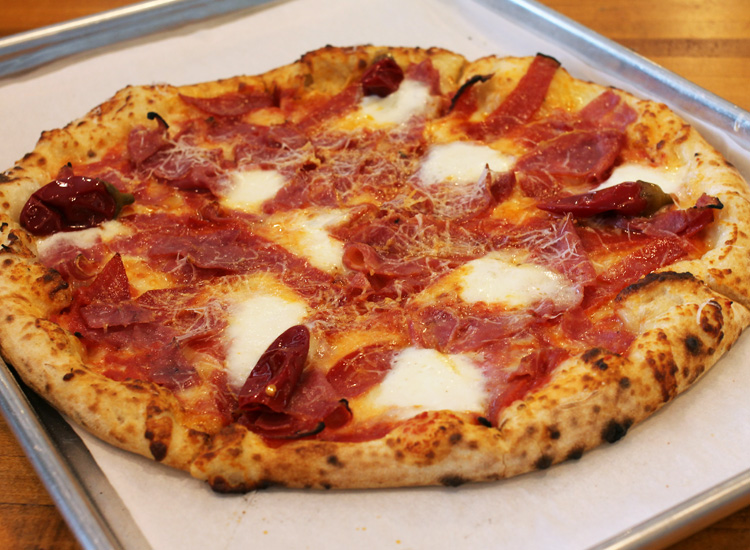 The one gripe I usually have with neapolitan pizza is that they’re a little too plain for my liking. Desano does a great job at making their pizzas simple, yet very dynamic. We also got to sample the Carnivale, a really interesting  pizza that’s not on the menu — it was a bit of a variation on the Diavola, with just a few more veggies and ricotta stuffed crust. 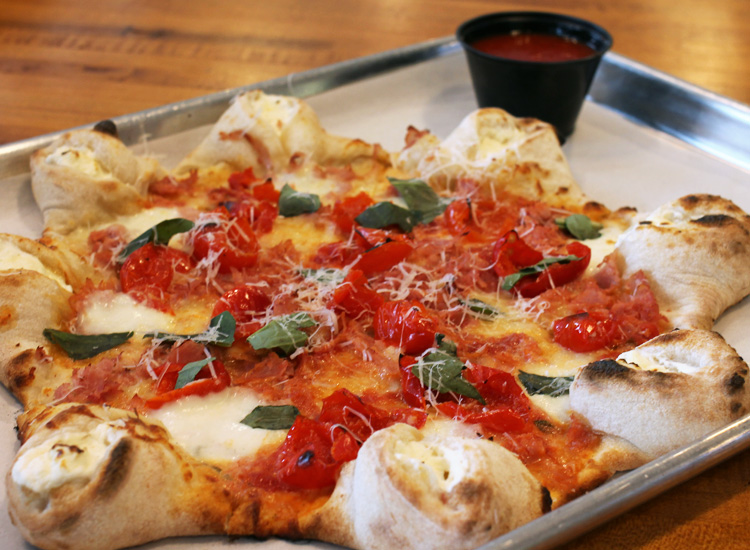 We also got to try a calzone, which was packed with nearly every Italian meat you can drum up; proscuitto, soppressata, and pepperoni, with of course, all of that delicious cheese, and some garlic. This calzone was certainly not for the faint of heart. If you can bring your appetite, you won’t be disappointed. 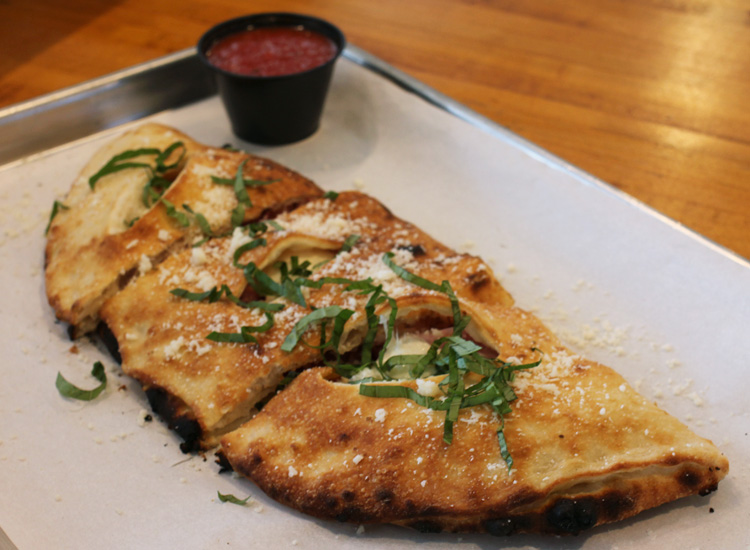 If that wasn’t enough, we also sampled the cannolis and nutella pizza; I’m pretty sure there’s not a better cannoli in Austin. We tried every one on the menu, my favorites were the pistachio, the tre cioccolato, equipped with white and regular chocolate chips, and the tradizionale. The Nutella pizza was exactly what it sounds like, straight up dough with Nutella on top, sprinkled with hazelnuts. Simple, yet really tasty. It’s pretty hard to go wrong with Nutella. 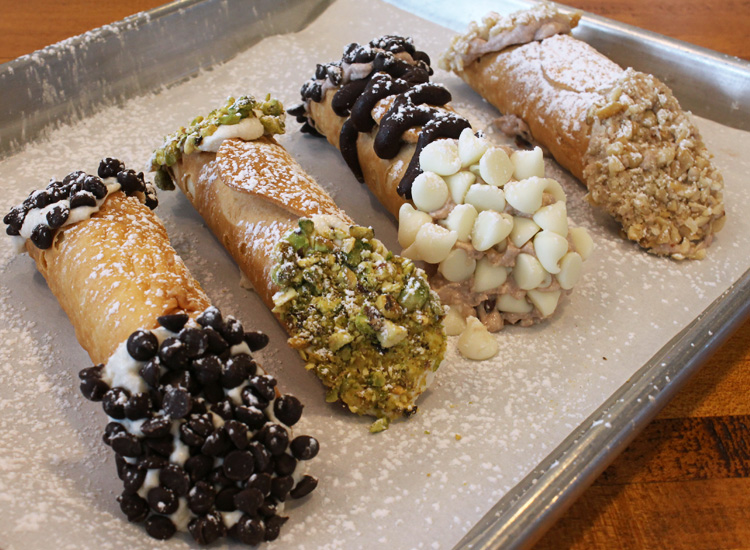 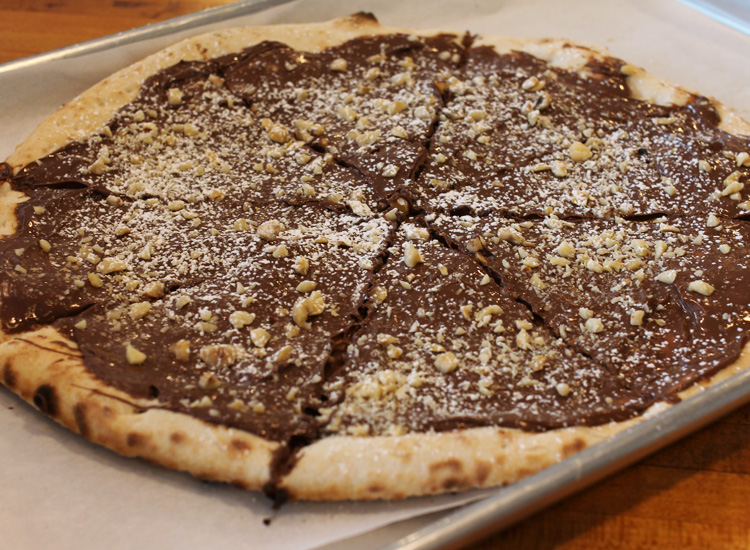 Josh was also generous enough to give us a great tour of the facilities, including the kitchen which is completely open air. There’s very little separation between the patrons and the kitchen, which I thought lent itself well to the immersive experience I had previously brought up. You can even have a private party of 8-11 people in the dough making room!  The only thing you can’t almost reach out and touch is the cooler. They have four ovens that were also sourced straight from Italy, so they can turn out as many high-quality pizzas and calzones as possible. 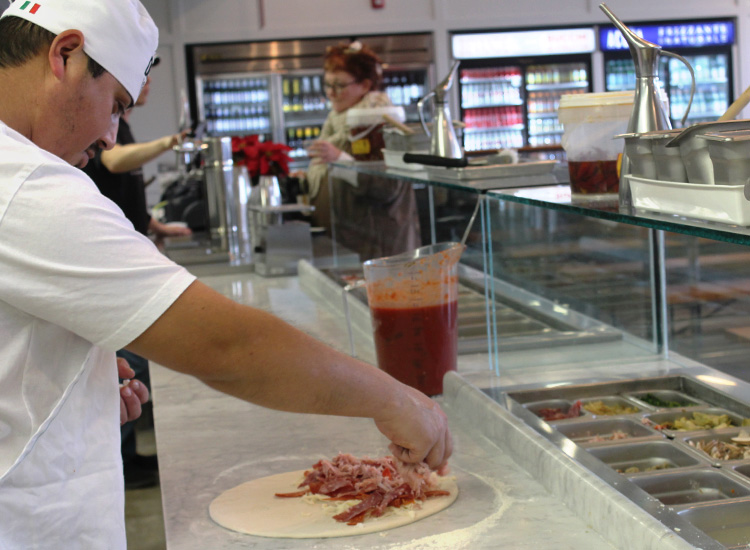 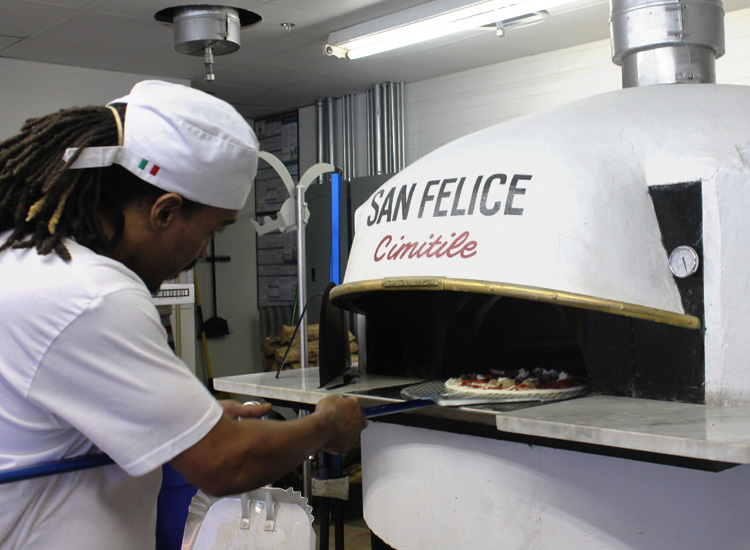 Desano hits all of the pizza pleasure points, and then some. Austinites, you’d be doing yourself a disservice if you don’t pop into Desano for a pie, some meatballs, or whatever strikes your fancy.