Comedians Mourn The Passing Of Lashonda Lester, ‘The Queen Of Austin Comedy’

Austin has always been a magnet for talented artists of all stripes. In recent years the comedy scene has exploded, luring an incredible variety of folks to our illustrious city. Unfortunately, one of those hilarious stars is no longer visible in the skyline, and it’s a huge bummer.

Lashonda Lester, an incomparable wit, passed away. The reigning Funniest Person in Austin was a Detroit transplant who grabbed the local comedy scene by the horns and rode it all the way to the top. She was just weeks shy of filming her own Comedy Central special, and her hilarious body of work was gaining the wide recognition it deserved. She was even labeled “the Queen of Austin comedy” on the marquee at The Paramount, and if you knew of her, it’s was easy to see why.

Though Lashonda struggled with kidney disease, she maintained a ferocious work ethic. Maybe that’s why the Austin comedy community rallied around her when word went out about her illness, raising over $8,000 on GoFundMe.

Her stand up comedy was universally praised. Her lecture series, Weird True Hollywood Tales, was a labor of love that shared her enthusiastic adoration of celebrity culture with an eager audience.

Whether she was opening for Marc Maron at the Paramount, or doing five minutes in a variety show, Lester always got the laughs. She was a friend and mentor to many comics, who looked up to her as a talented and gracious entertainer. Her absence is keenly felt in the Austin comedy scene.

Lashonda was the most genuine human being I've ever known. The world is lesser without her in it. pic.twitter.com/ToY4kMgorv

Another thing about Lashonda Lester @glamgirl313: she was the only FPIA winner who had local comics crying w/ happiness for her when she won

Lashonda was also featured on Austin.com right after we first launched the website that you’re seeing here today. Here’s that peek at the person behind the jokes, from our “Day Drinkin’ with Arcie Cola and Austin.com” series.

All hail Austin’s Queen of Comedy! We will love her forever! 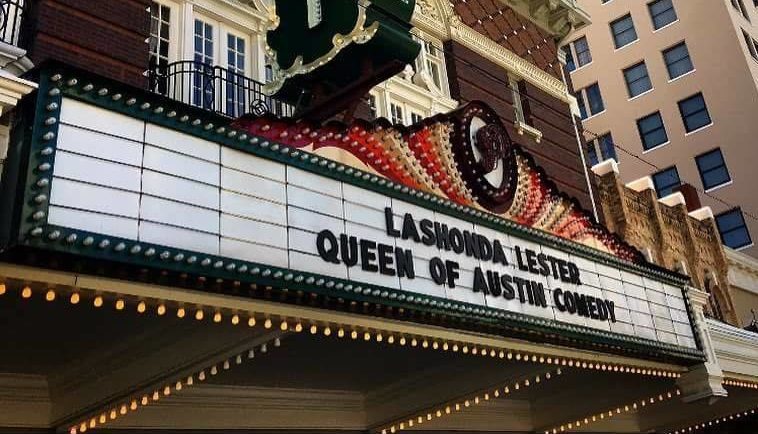