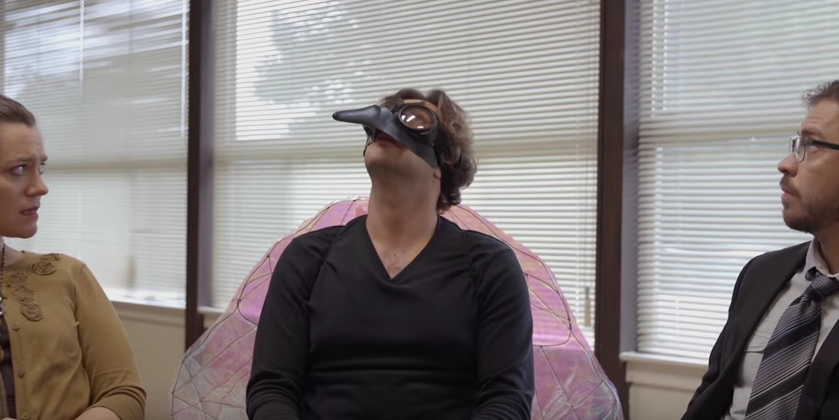 From the Austin American Statesman:

The city gets an “A” for effort on this initiative, but these videos are confusing—are they creating a policy discussion or are they making a “Parks and Rec” parody? Do jokes like mosquitoes hitting on women and hippies saying stuff like “Grass is meant to grow, that’s the purpose, man, and as humans, we shouldn’t try to fight that” add to the policy discussion, or fall flat?

We have to agree with the Statesman that the videos leave us scratching our heads (and our imaginary mosquito bites — thanks for that, CoA). However, taking a unique approach to the public education of city issues gets a big thumbs up from us, no matter how oddly flawed it may be. And the more you watch them, the more you fall in love with them. I’m partial to Roscoe from episode 2, the hilarious caricature of the downtown Austin hipster. I also appreciate the attempt to make the series a complete little world — if you watch episode 2 after episode 4, you’ll notice a little Easter egg on a local billboard. That’s good stuff, you guys.

Rather than compare it to “Parks and Rec,” we prefer to consider the bigger picture and see it as a heartfelt attempt, similar to those of the mayor of another beloved TV show:

Keep on keeping it weird, City of Austin.