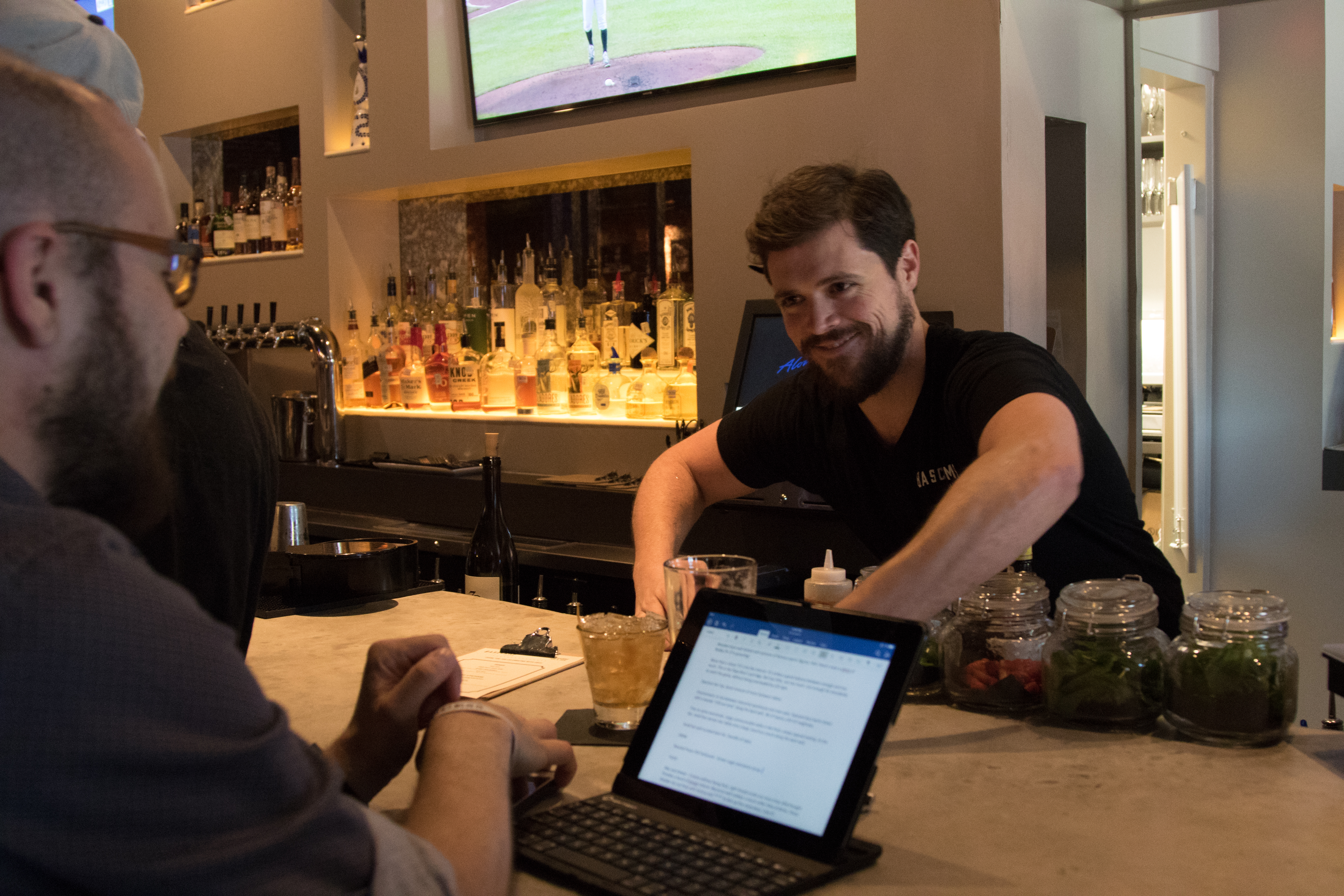 Austin may not be known for its professional sports teams, since we don’t actually have any, but that doesn’t mean that it’s not a city full of fans of everything from football to hockey, and everything in between. With so many fans and a limited amount of spaces for them to watch games, a few new sports bars are definitely what we need. Enter BaseCamp, a new Austin sports bar located on the first floor of a building that also houses Summit Rooftop Lounge. Summit owners Chad Barrett and Dave Wyman turned the bottom floor into a sports bar and restaurant, featuring food by Executive Chef Eric Kuypers, formerly of Peached Tortilla and Uchi.

While BaseCamp doesn’t have a patio for enjoying those nice summer nights while watching the MLB pennant race heat up, the bar makes up for it by offering a plethora of large television sets everywhere you look. For sports fans who sometimes have to squint at small television sets, the screens at BaseCamp are large enough to see all the action without looking at your friend and asking “what just happened?” BaseCamp staff told Austin.com that the new venue wanted to be the “sports bar for sports fans,” and it was evident that they’ve created a space where one could escape the day-to-day life of Austin and head into their own sports nirvana. Photos of iconic sports moments lined the walls: Michael Jordan’s last shot, hockey legend Bobby Orr taking flight during a Stanley Cup match, and Muhammad Ali standing over Joe Frazier during the famous Ali/Frazier match.

Underneath these iconic images guests can sip on drinks with names like Bitches Who Brunch (Deep Eddy Ruby Red, Sauvignon blanc and lemon), Sexy Mexi (a margarita) and the Key Lime Killa (gin, Malibu rum, lime). Those drinks were accompanied by entrees that were of a much higher quality than your normal sports bar. The BaseCamp Burger was a ½ pound of prime chuck, brisket, and short rib topped with white cheddar on a kaiser roll. Let’s just say it wasn’t like your normal burger and fries you’d get at Joe’s Sports Bar. Some of the other items on the menu, like the beer battered fried pickles and the mac and cheese also make you feel like you’re at a classier joint than your every day sports bar. The BaseCamp Burger, complete with three types of meat. Photo by Adam Rosenfield.

Not only does BaseCamp boast great food, but they also have a knowledgeable staff. Many of the serving staff actually had input in the menu, drink names, and what beer was going to be on tap. One staff member was even going to be a beer sommelier. They get major points in my book for remembering which games were on that night, and on which television each one would be played. BaseCamp provides a great atmosphere for those who want to get away from Sixth Street while engaging in some intellectual sports discussion, with good food to boot. BaseCamp is open until 2am every night and opens at 11am on weekends, so you’re able to catch the early Sportscenter while chowing down on some premium food.