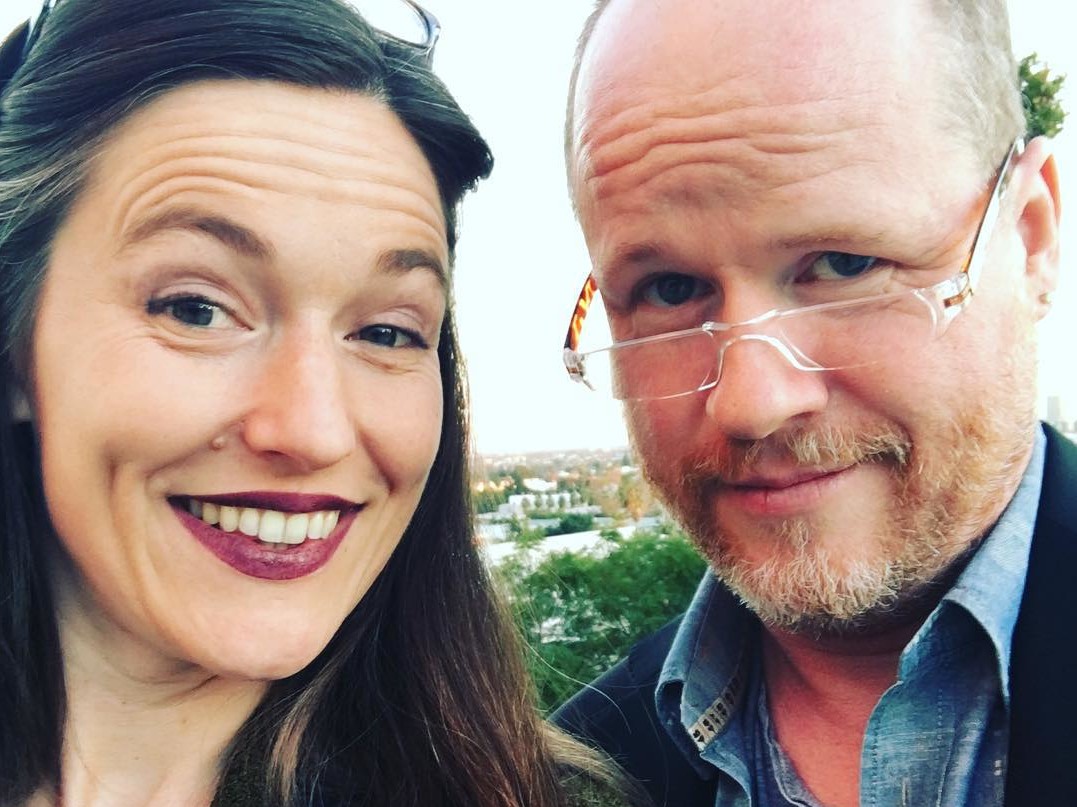 No, I love you so much, Joss Whedon…

I’ve got a theory that Joss Whedon may have enjoyed his recent trip to Austin, and local folk musician Shawnee Kilgore has the proof on her Instagram. Naturally, Whedon had to stop by one of Austin’s best places to take a selfie. According to Austin 360, the two have been friends for a couple of years after Whedon backed her Kickstarter campaign –what crazy random happenstance! This led to the two collaborating on a song and her flying to LA earlier this year to record “Big Giant Me.” The two also recently released a shiny second track, “Back to Eden.”

You can find a charming timeline of their friendship on Kilgore’s website.

Most fans know Whedon from his big and little screen work like The Avengers, Toy Story, “Buffy the Vampire Slayer,” “Firefly,” and “Marvel’s Agents of S.H.I.E.L.D.” However, not many who aren’t hardcore fans (like me) are as familiar with Whedon’s musical talents and affinities, thus making this collaboration with Kilgore completely unsurprising (yet still wonderful and adorable).

One of the best example of which is “Once More With Feeling,” the musical episode that Whedon wrote and scored with his wife, Kai. If you happen to sing along to the entire episode while you’re on long drives, you may have heard one of the demo songs that the Whedons put together, “Something to Sing About.” This song caused James Marsters (Spike) to say that “it’s obvious now that they were good songs but the thing was Joss and his wife Kai, they don’t sing very well. And they don’t play piano very well. The songs sounded really cheesy and horrible… We were saying, ‘Joss, you’re ruining our careers.’”

Another show of Whedon’s that he created music for was “Firefly.” He wrote the theme song, (“Battle of Serenity”) and of course the Internet has a demo of him singing it.

And of course there was 2008’s “Dr. Horrible’s Sing-a-Long Blog,” one of the most crystal clear forms of geek perfection one could ever find, what with Neil Patrick Harris, Nathan Fillion, and Felicia Day making up the cast. Fun fact: Whedon says that he made more money from this project than he did from the first Avengers movie.

For those of us who are a little nuts about Whedon, hopefully you were lucky enough to have attended one of Alamo Drafthouse’s Buffy musical events and sung along to the episode with plastic vampire teeth in your mouth before Fox put the kibosh on sing-a-longs of the show for good. Those were the days.

Austin 360 mentions the idea that Whedon should consider making Austin his new home. It’s no Tahiti, but he clearly loves music and beer, and we’ve got plenty of both here. Los Angeles may curse his sudden, but inevitable betrayal, but we’re ok with that. If he were to move here, it would be like Christmas, but with more…Whedon (because brother Jed would hopefully visit, too). Here’s hoping!

In the meantime, be sure to send us any photos if you happen to run into Whedon. Though I don’t know if I could handle meeting him — of course he’s probably the nicest guy in the world, but I would want him to be my best friend, and I just don’t think I can take that kind of rejection.

Apparently I shot a film noir of #josswhedon at @radiocoffeeandbeer. I'm pretty proud of it.