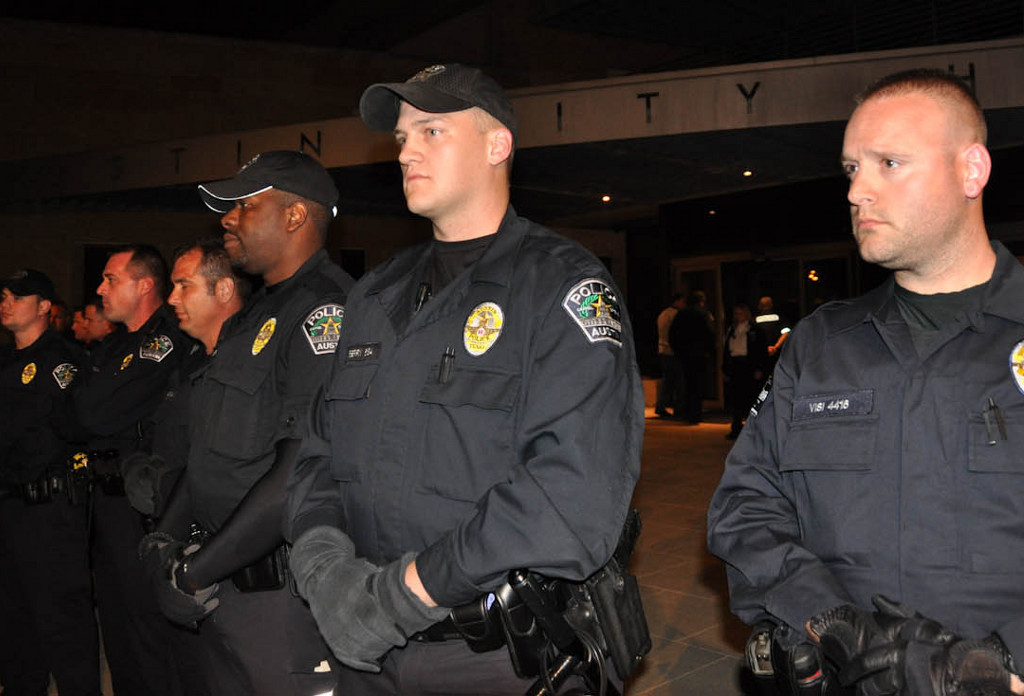 If there’s any city – and any city’s police department – that knows its rowdy music crowds as well as Austin does, it’s Memphis. It’s a city where a walk down Beale St. on any weekend night could cause an Austinite, used to the bustle and noise of 6th Street, to feel right at home.

But with Austin growing faster than almost anywhere else in the U.S., the crowds on 6th Street are getting bigger and rowdier. So, it makes sense that the police department needs more officers to handle the rambunctious, drunken, music-loving throngs of hipsters that are the soul of Austin’s nightlife.

To that effect, it seems someone over at city hall had the bright idea of recruiting officers from Memphis, looking to make them an offer they can’t refuse.

Noticing that many officers of the MPD have used their sick days to protest their lack of benefits and salary increases, APD offered them exactly that during a presentation at the Memphis Police Association headquarters last Thursday. But they didn’t stop there, oh no.

According to Memphis CBS affiliate station WREG-TV, the salary for an average Memphis cop maxes out at $53,000, whereas police in Austin make about $70,500 after just one year — and they max out after 16 years at a whopping $91,500, plus pension. Also, unlike Mephis, Austin offers an extra $175 a month to officers who also speak Spanish.

Of course, that’s not even mentioning the health benefits that come along with fighting crime in the Texas capital. APD offers their employees health, dental and retirement benefits from the day they join the force, with the city paying for most of it.

“We don’t do this job to get rich,” Memphis Police Association President Mike Williams told WREG, “but officers do like to know that they are gonna be taken care of.”