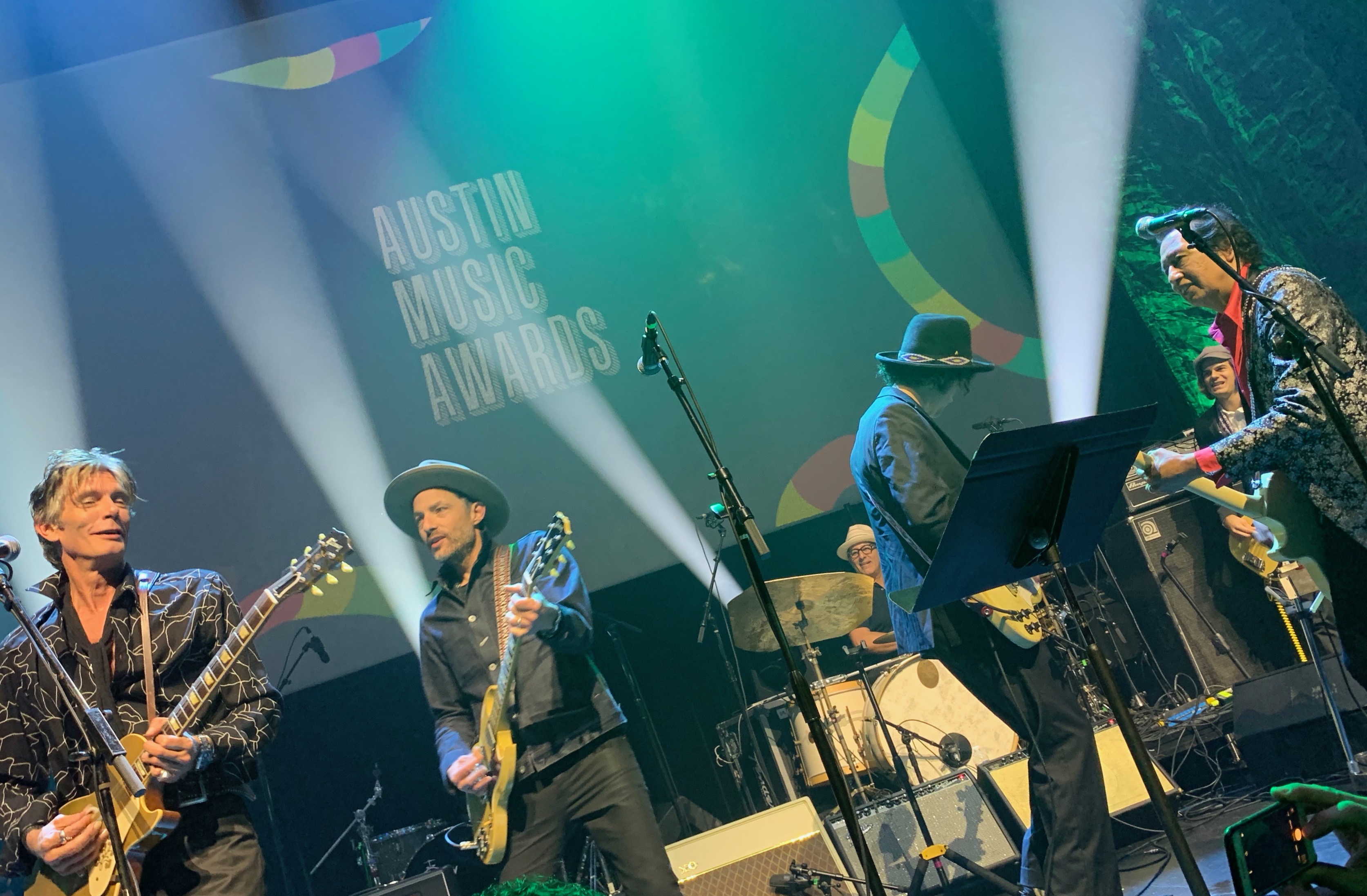 Emilio Esteves joined the Austin Central Library for a special screening of The Public on Sunday, followed by a community conversation. The son of Martin Sheen and brother of Charlie, wrote, produced, and directed this new film about homelessness.

Thank you to everyone who came to the Central Library today and watched a special screening of @thepublicfilm and to the fabulous Emilio Estevez and all of our wonderful panelists and moderator @qculpepper There was excellent dialogue about homelessness in the Austin community and the role cities and its leaders and residents play. The film’s release date is April 5: go watch it! #thepublicmovie #emilioestevez #austinpubliclibrary #homelessness #homelessness

Rachael Ray moderated an intimate conversation with Michelle Obama at the Erwin Center on Thursday. We weren’t there, but it sounds like it was an incredibly inspiring evening.

How to even begin to describe Michelle Obama… It was an honor to be in the same room as you last night. To hear you speak so passionately about life and love brought us all to tears.❤️#myphotos #photography #straightfromthecamera #obama #michelleobama #becoming #becomingmichelleobama #february #blackhistorymonth #icon #flotus #photooftheday #democrats #voteblue #vote #rachaelray #atx #austin #texas #aboutlastnight #michelle2020 #fbf #becomingtour #liberal #iambecoming

The Austin Music Awards Rock On

After Alejandro Escovedo accepted the Townes Van Zandt Songwriter Award at the Austin Music Awards on Wednesday, he took to the stage with special guest Jakob Dylan, alongside Charlie Sexton and Ryan Bingham. Bingham was a last minute addition to the roster and only played one song which left us a bit disappointed. However, it was an entertaining night overall, with additional performances by Suzanne Vega, Black Pumas, Rosie Flores, Tomar Williams, Abhi the Nomad, and a tribute to the late MC Overlord.

Yes, Charlie Sexton and Jakob Dylan, we are all in awe of Alejandro Escovedo! #austinmusicawards

Matthew McConaughey Honored With Texas Medal of the Arts

Matthew McConaughey received a Texas Medal of the Arts on Wednesday. The Oscar winning actor made it a family affair by bringing along his wife Camila Alves, mom Kay, as well as his three children. Since 2001, the awards have recognized more than 100 Texas leaders and luminaries who have achieved greatness through their creative talents. McConaughey was awarded the medal for his achievement in film.

Gwyneth Paltrow’s lifestyle brand Goop has arrived in Austin. The Goop Mrkt is located at 1204 S. Congress Ave. and will be hosting a variety of events through April 28.

Got a look inside Goop Mrkt this morning. The pop-up shop from Gwyneth Paltrow’s lifestyle brand is located at 1204 S. Congress and opens to the public tomorrow. Looking forward to seeing what kind of events they do during #SXSW