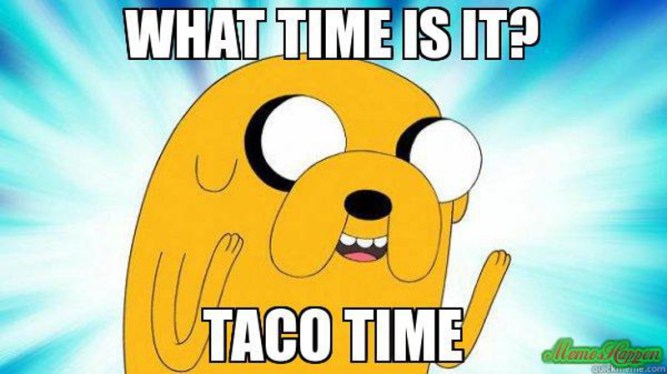 After a nearly month-long feud that fired up the Capital and Alamo cities, Austin Mayor Steve Adler and San Antonio Mayor Ivy Taylor set aside their differences this morning as they declared peace and solidified a taco truce by proclaiming March 10, 2016 as “Breakfast Taco Day,” reports The Texas Tribune.

In probably the most elegant statement about taco feuds ever spoken, Adler expounded: “As St. Paul admonishes us, let us not be overcome by evil, but overcome evil with breakfast tacos. We will have guac in our times.”

Of course, peace could not be reached on an empty stomach. According to The Texas Tribune:

Taylor brought breakfast tacos from Mittman Fine Foods, her favorite east San Antonio spot, offering Adler a selection of bacon and egg on corn tortillas, chorizo and egg on flour tortillas, carne guisada on flour and carne guisada with cheese on flour. Adler complied with Taylor’s request for bacon and egg tacos, contributing a selection from Juan in a Million, the winner of the Austin Chronicle’s 2015 “Thrilla in the Tortilla” award.

For more background on this heated debate about one of the best breakfast foods ever created, catch up with yesterday’s post announcing the summit.