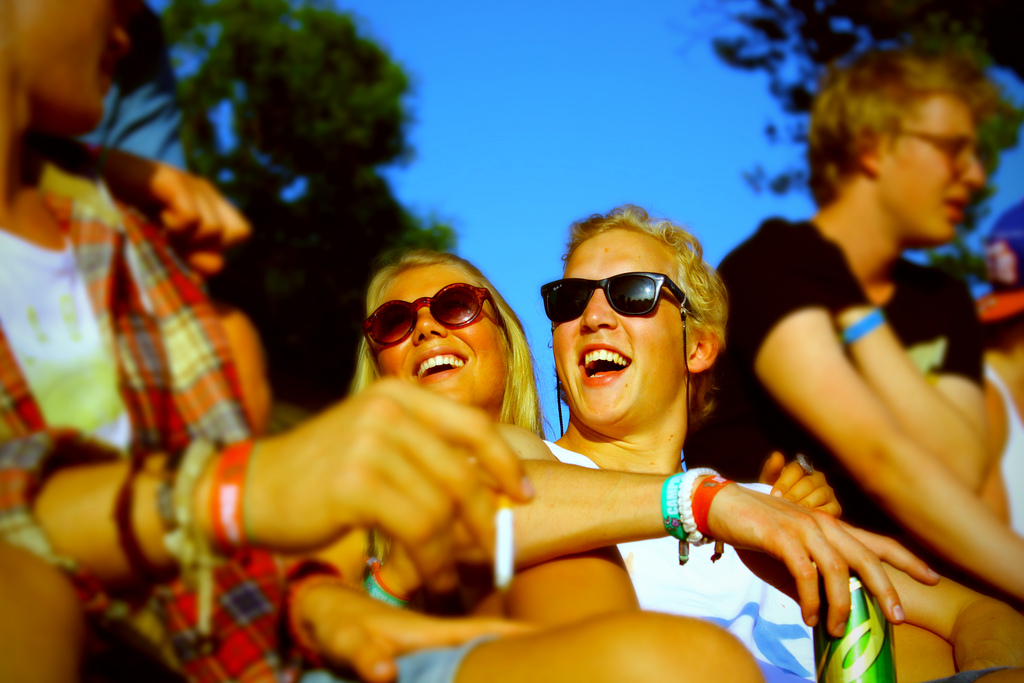 The stereotype of Austin is that we’re a bunch of granola chomping, hike and bike trail running, live music listening, wanna-be hippies here, right? There’s definitely some truth to that, but it’s not entirely accurate.

To really capture a proper stereotype of Austin, you must turn to YouTube for the series “Sh*t Austinites Say.” Here’s one of our favorite episodes:

Sound familiar? Yeah, thought so. Most of the material still holds up, but does anyone even use Foursquare anymore? This video was clearly produced in 2012.

Inspired by this take on stereotypical Austinite sayings, we decided to create an updated list for 2015. So, here are the 10 things you are guaranteed to hear Austinites say this year… don’t always get along. But we can all agree we want everyone to get to their destinations safely. Music festivals are a huge tourist draw for Austin. South by Southwest and Austin City Limits stretch the limits of the airport and highways, but they also stretch the wallets of local business owners and the treasuries of local taxing entities. In addition to music festivals, Austin has comedy, film and food festivals. Many Austinites become tourists in their own town on festival weekends. The multi-year drought continues to suck local lakes and lawns dry. Rain is rare and welcome. But Murphy’s Law says the rain comes on Friday afternoons and the day after your weekly watering day. Austinites love Texas, but they tend to look down on other parts of the state, especially other big cities. Houston and Dallas are common targets for jokes. But they’re both part of Texas, so no one else better rag on them. Only Austinites can and only out of pity. And we only roast the ones we love. Even Austinites who never set foot in a UT classroom root for the Longhorns … unless they went to rival schools. On top of all the non-alums, the school cranks out thousands of new graduates each year. Many of them stay right here in Austin after they cross the stage and turn their tassels. Austinites bring their dogs everywhere. Dogs show up just about everywhere people do, and there are countless dog parks designed specifically to let Fido run free. It is common to see dogs and their people in the hardware store, on a jogging trail and at an al fresco lunch. Do they allow dogs in here? Of course! It is no secret traffic is a beast in Austin. Interstate 35 is a parking lot most days; MoPac should be called SlowPac; and surface streets clog up at busy intersections. Despite the daily back-ups, people continue to move here in droves. They bemoan the traffic, but they wouldn’t live anywhere else. And neither would you. Austin doesn’t have its own language, but some things don’t sound like they are written. Avoid looking like a newbie by learning how to say Burnet, Manchaca, Koenig, Guadalupe and Blanco. And you can sound like an old Austinite if you refer to Ladybird Lake as Town Lake. Austinites have a special place in their hearts for local businesses. Sure, you can get a meal at Chili’s or Applebee’s — and that’s fine — but wouldn’t you rather have something from The Salt Lick, Hopdoddy or P.Terry’s? If you really want a chain, there are plenty of those that started in Austin. Try Chuy’s, Mama Fu’s, Z’Tejas or Alamo Drafthouse. Breakfast tacos are abundant in Austin. They’re pretty much the official food item of Austin. If you don’t like them, you might as well live somewhere else because you’ll be shouted down every time you express your displeasure. OK, not really. But seriously, how do you not like breakfast tacos? They’re awesome!