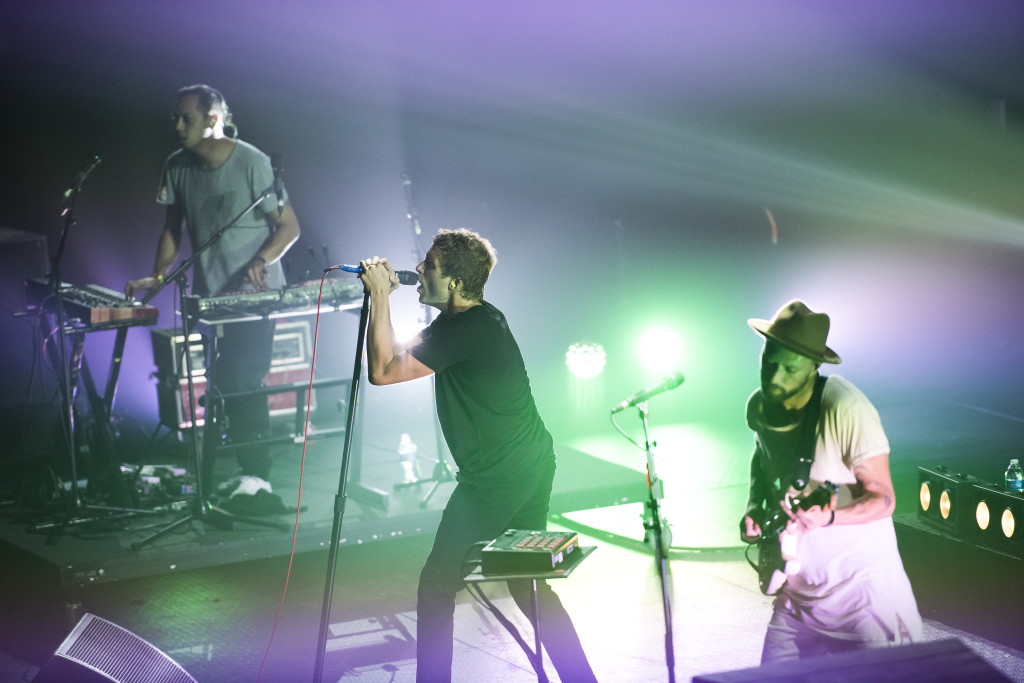 While Darius Rucker has made a name for himself as the front man of 90’s southern rock band Hootie and the Blowfish, he has managed to kick start a successful solo career, where he has won three Grammy awards and become well known throughout the country music scene. Calling this tour The Southern Style Tour, Rucker will be performing with Brett Eldredge, Brothers Osborne, and A Thousand Horses, to round out a fantastic evening of country music that is a must see live show.

The Opiuo Band at the Empire Control Room and Garage (18+)

The Opiuo Band is fronted by dance music icon Opiuo and will be performing with his band live for the first time in America. While a support band has not yet been announced, we are sure that you will have a sizzling time watching Opiuo and his band make the walls sweat at the Empire Control Room and Garage. There are limited early bird tickets available, so we advise you to get your tickets as early as possible. You can get them here.

Sister Nancy and Lion Heights at the Flamingo Cantina

Hailing from Kingston, Jamaica, Sister Nancy, who is known for her biggest hit “Bam Bam,” has become known as the first female dancehall DJ and has been releasing music for two decades. For this show, she will be supported by Lion Heights and DJ Supergold. There will also be Caribbean food available to add some flavor to the night.

Yelawolf is an American rapper whose fame has slowing blown up since releasing his debut record Creek Water in 2005. Rapping with a flow and ease that will make you want to listen to everything he has released, this is not a tour to miss. Performing with Hillbilly Casino, this will be an evening that you will talk about for a long time after it’s over.

During the course of their career, the Grateful Dead have made it to legendary status and have become known as one of the best bands in the jam band and rock genres. With great songwriting and incredible music, the groups live shows were always an experience that you would remember forever, and the Deadeye, while not exactly on par with the Dead themselves, come pretty close. The Parish, being the intimate venue that it is, is the perfect environment to see a Grateful Dead tribute, as it gives the audience a chance to really feel the music, and get as close to the Grateful Dead as they can in the present day.

Ginger Leigh at the Saxon Pub

Ginger Leigh is back with her soulful voice and skillful guitar playing as she rocks the Saxon Pub this Saturday night. Bringing the audience to the front of the stage, along with excellent acoustics, the Saxon Pub is the ideal venue to see musicians such as Ginger who brings plenty of heart and soul to her performances.

Coming all the way from North Carolina, Mandolin Orange are a duo that blend rich harmonies with country style guitar playing, which end up becoming songs that you won’t be able to stop singing. Below, you can hear the group singing a stripped down version of their song “One More Down” providing fans with a raw and beautiful listening experience.

While Austin has several venues that cater to the punk rock crowd, Red 7 is one of those clubs that not only puts on shows from great punk bands, but also books some of the best acts from in town and out of it, and this week we are excited to include Teenage Bottlerocket in our list of recommended concerts. The band has always brought a fresh and energetic edge to the punk genre, and this Saturday the group will certainly show fans and any newcomers exactly what they are all about. Playing alongside The Copyrights, The Sweethearts, and The Hormones, the performance is bound to sell out, so we encourage you to get your tickets online.

The Continuums at The Scoot Inn

If you are looking for a rock show to start your Saturday night off right, look no further than The Continuums. Veterans of the Austin bar scene since 2012, The Continuums always managed to put on a great live show that is one of the best in town. Tickets for this performance are only available for purchase at the box office, so we highly recommend that you get to the venue early to get yourself a seat.

The Urban Achievers at Bangers Sausage House and Beer Garden

Continuing their residency at Bangers Sausage House and Beer Garden on the popular Rainey Street, the Urban Achievers and their catchy and smooth tunes will be a lively way to end your weekend. Due to Rainey Street’s popularity, we encourage those Austinites who are interested in checking out the show to get there early to reserve a good spot.