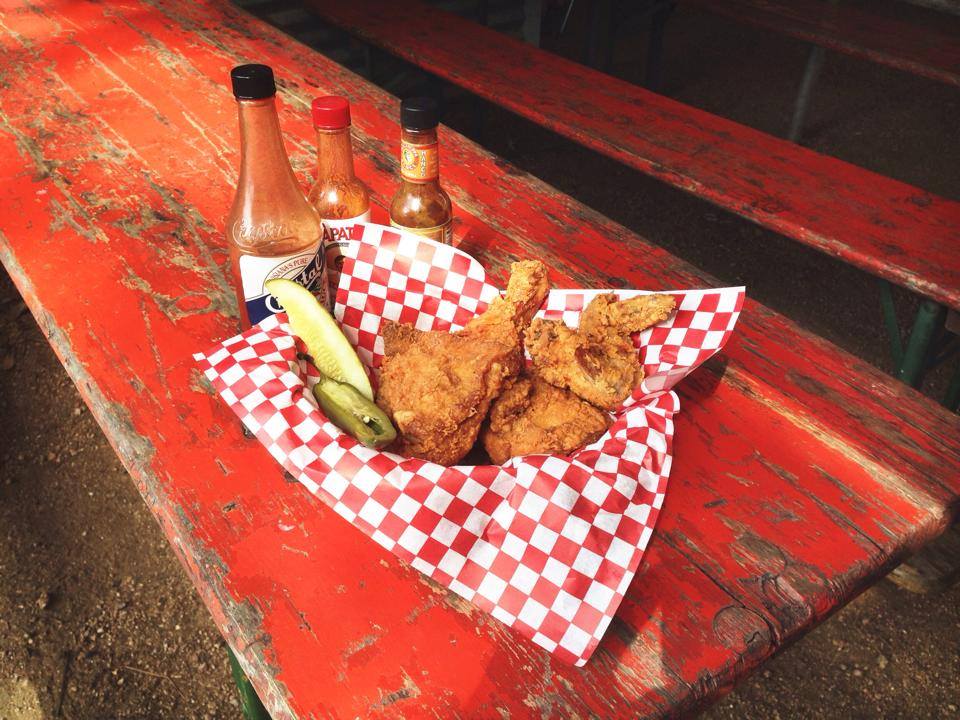 While it’s easy to drop in excess of $50 a plate at numerous restaurants around town, it’s the hole-in-the-wall joints, food trucks, and dives that offer Austin’s flavorful side to the common folk who can’t really afford that. Not only are these spots tasty and easily accessible — they’ve got plenty of options under $10!

The next time you want an amazing-yet-inexpensive meal in south Austin, give one of these dishes a try. 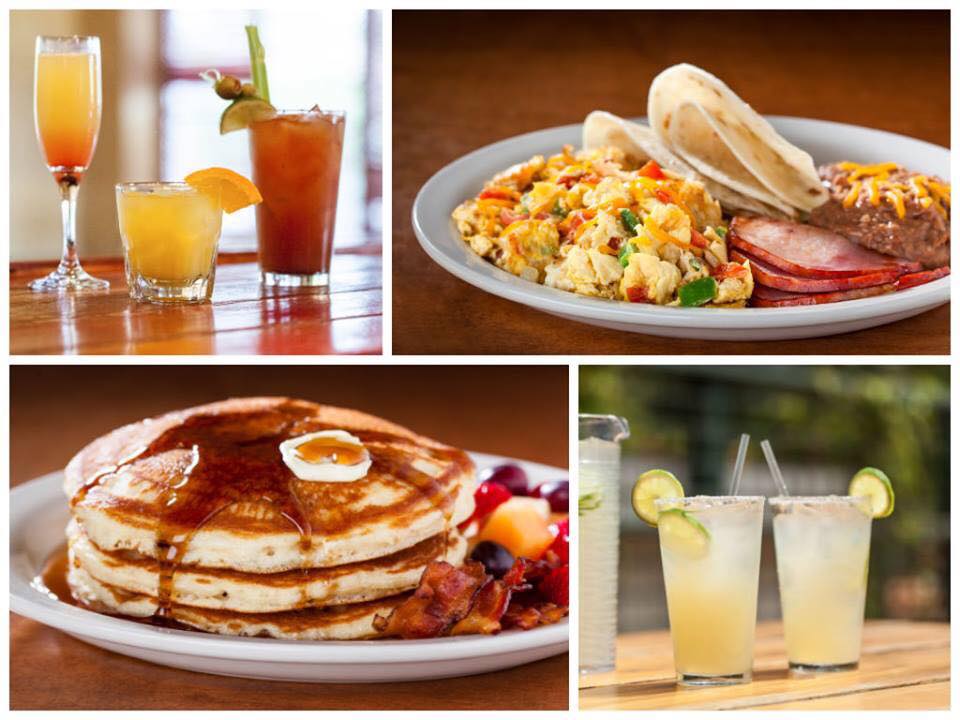 If you haven’t had migas, you haven’t had a Mexican breakfast. Waterloo Ice House serves up a heaping portion with refried beans, tortillas and choice of breakfast meat. This plate will fill you to the brim yet leave you wanting more. It’s a good thing Waterloo serves migas all day! 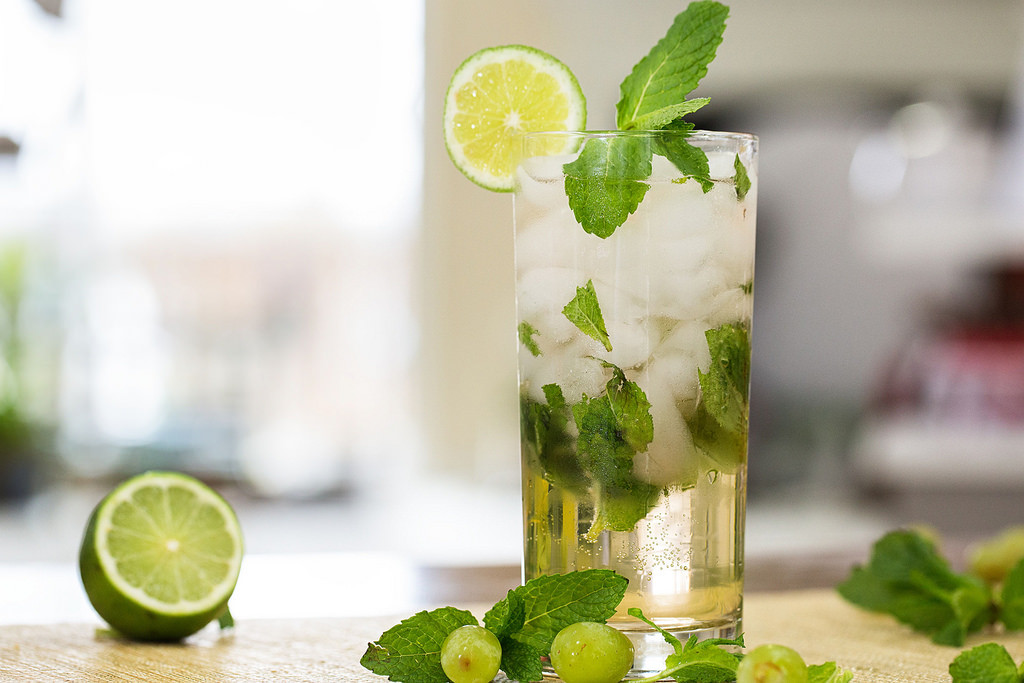 Take your tastebuds to the Caribbean at Habana Restaurant. This restaurant is a little more upscale than the rest of the list, so we have to use the weekday lunch menu to come in under the $10 mark. The fricase de pollo (chicken fricasee) is chicken stew cooked with Cuban spices and homemade tomato sauce. We won’t tell your boss if you have a mojito with it. 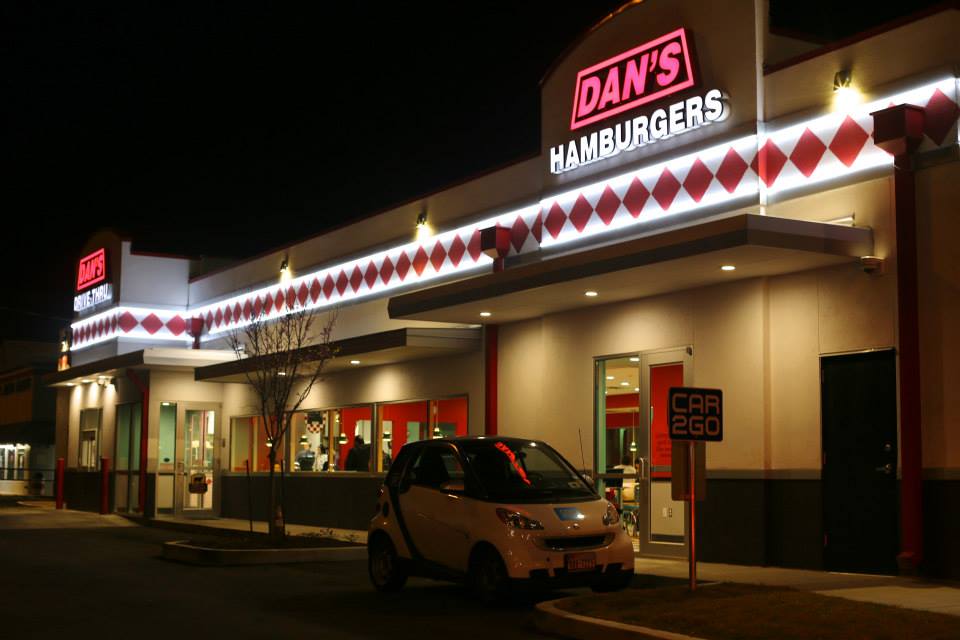 Dan’s Hamburgers serves up some of the best burgers and fries in South Austin. To be open for more than 40 years, these folks have to be doing something right. If you don’t feel like a burger, try the hamburger steak dinner to mix things up. It comes with mashed potatoes or french fries plus a salad and rolls. 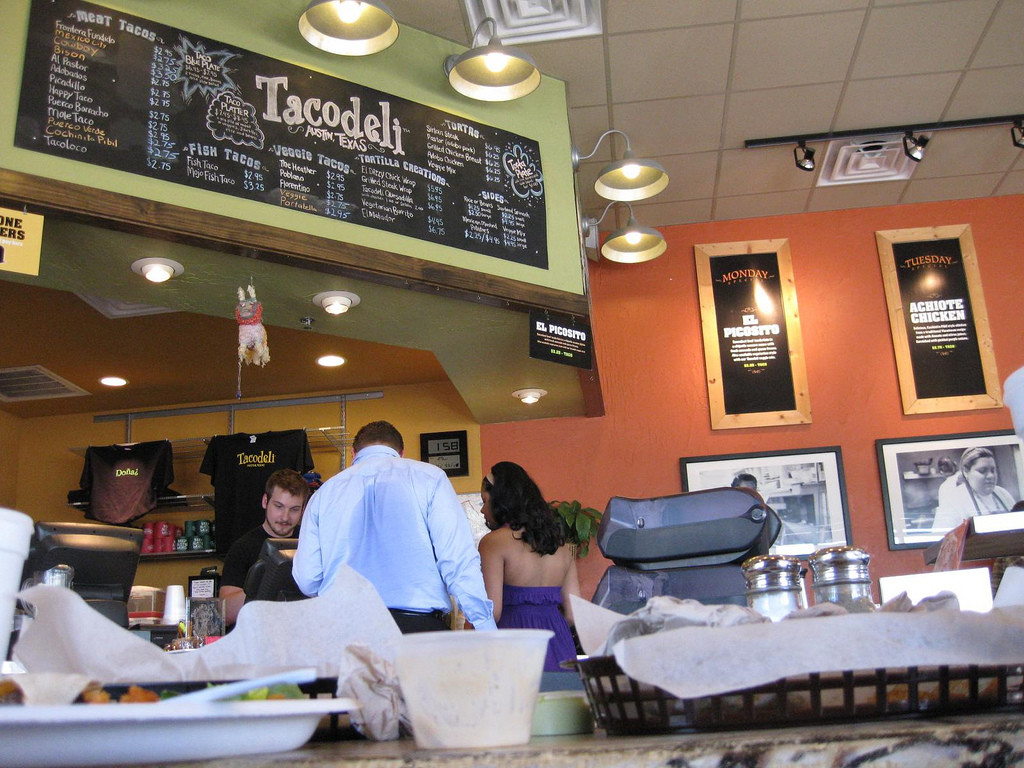 Tacodeli has several locations around Austin and is about to expand to Dallas. So at least they won’t be moving here for Tacodeli. They’ll still be ours even though they have an outpost in the Metroplex. If you’ve never been, try their cowboy taco with rubbed beef tenderloin with grilled corn, caramelized onions and roasted peppers, topped with guacamole and queso fresco.

When you walk into a place called Lucy’s Fried Chicken, you probably ought to have the fried chicken. Well, their chicken basket has four pieces chicken in a mix of light and dark meat. Don’t worry, you’ll eat the whole thing.
Hit next to read the rest. 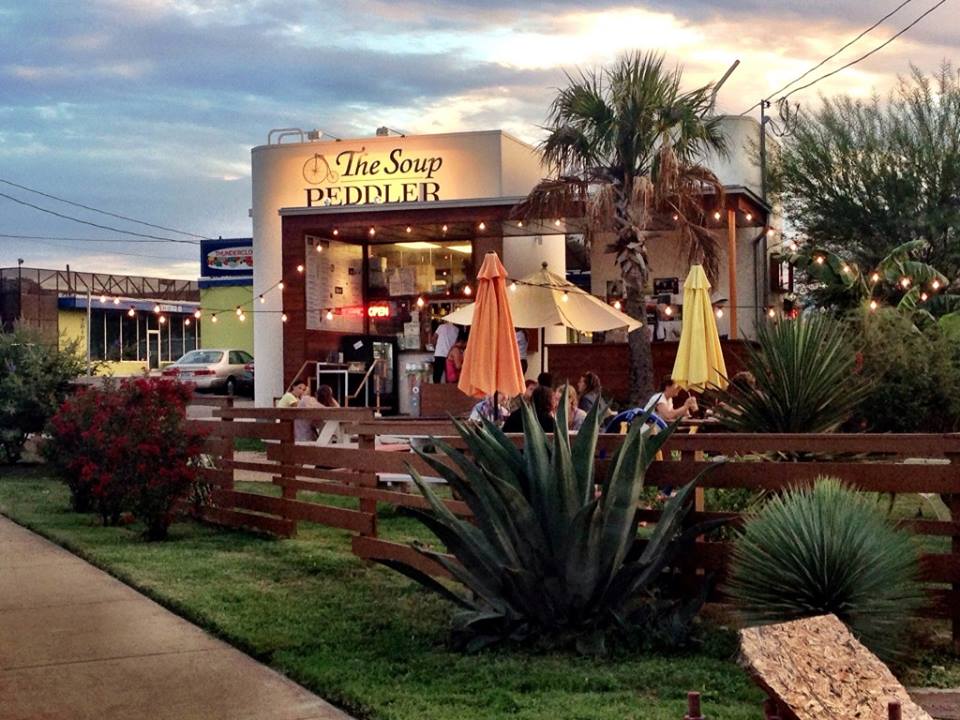 The Soup Peddler began as a food delivery business in 2002 and opened its first brick and mortar location in 2010. The soups rotate daily, so no matter when you come, there is always something new to try. They have their stand-bys, too, but be adventurous!

4.) Pizza by the Slice at Home Slice Pizza 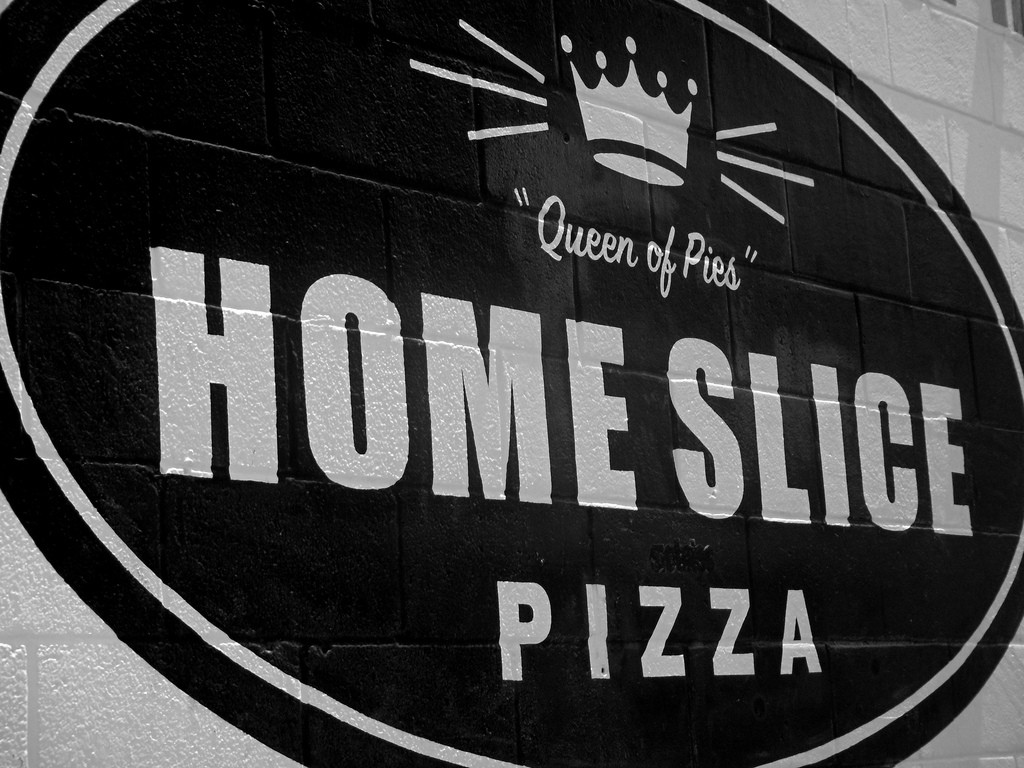 Why can a New York style pizzeria be considered authentically Austin? Uh, because it’s Home Slice Pizza. The pizza is great, and you get to people watch on South Congress Avenue. Your taste buds may say New York, but your eyes will say Austin. 3.) Trailer Park Taco at Torchy’s Tacos 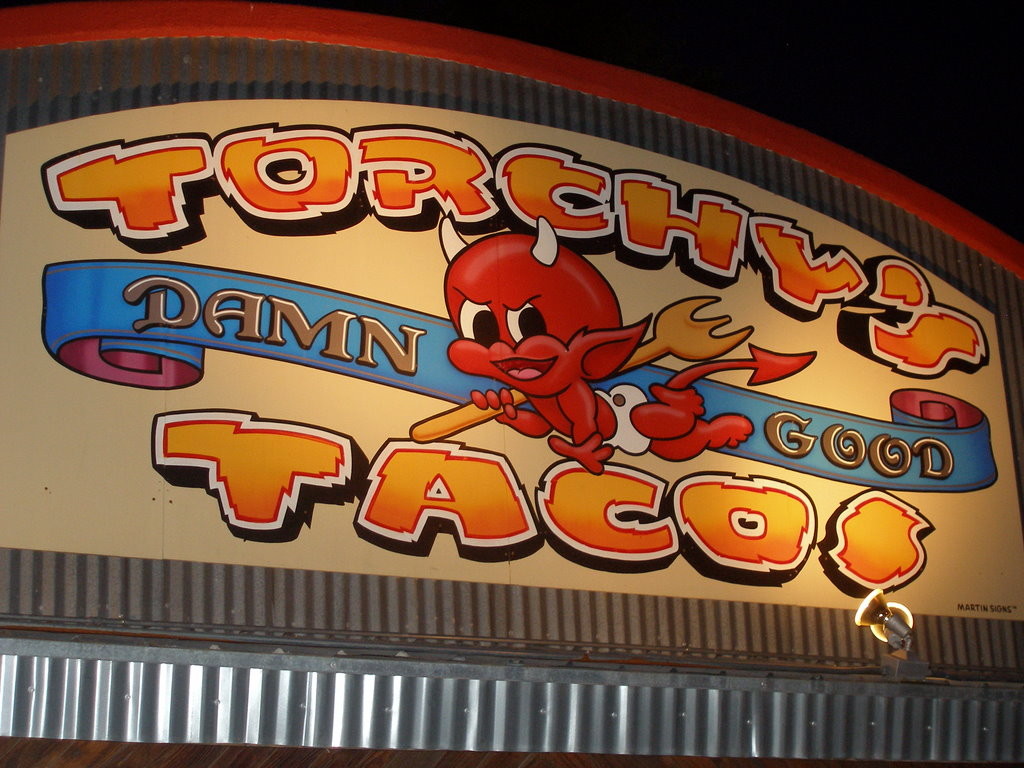 Torchy’s Tacos has all sorts of inventive twists on the plain old taco. They have ingredient combinations so crazy, you think they just might work. And they do! Take the trailer park taco, for instance. Fried chicken, green chiles, lettuce, pico de gallo and cheese on a flour tortilla with poblano sauce? Why not! Tell them to make it trashy, and they’ll substitute queso for the lettuce. 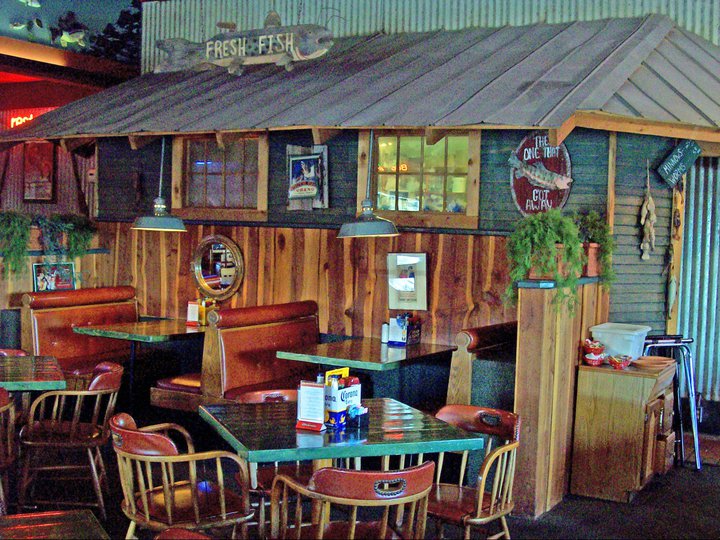 You can get fried catfish at a lot of places, but Cherry Creek Catfish is consistently awesome, and the bill won’t send you into cardiac arrest. Don’t be fooled by the name of the small catfish dinner. It is plenty of food, but you can try the medium or large if you’re feeling famished. If you do go for one of the bigger sizes, you’ll probably take a few filets home. But that’s not a bad thing. 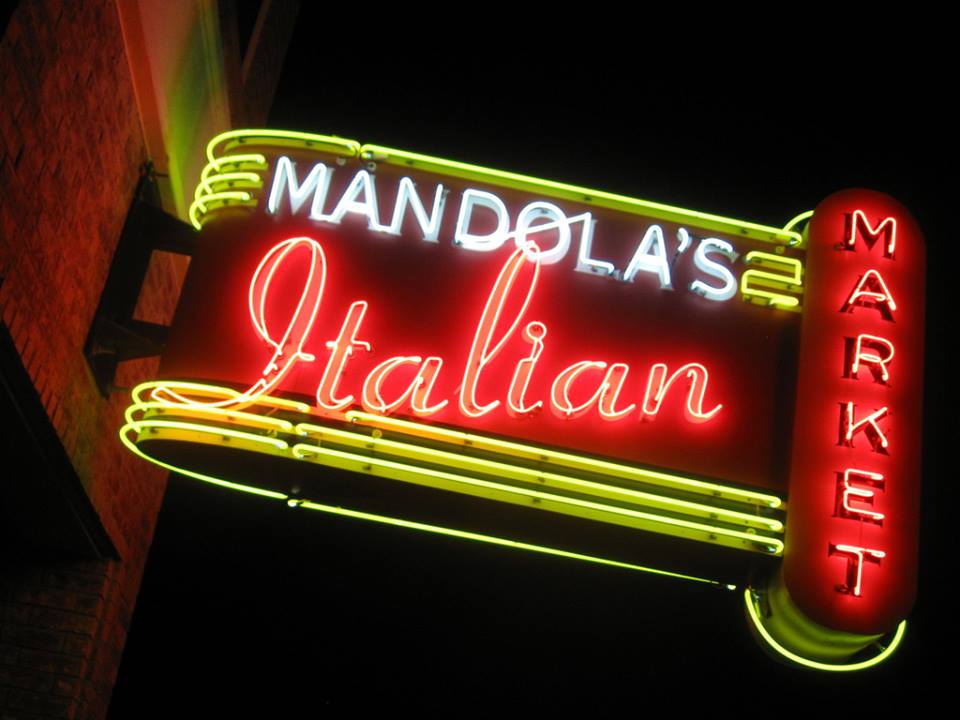 Mandola’s Italian is part restaurant, part Italian market and part dessert shop. No matter what you choose, it’ll be authentically Italian and delicious. The fedelini pachino is one of their least expensive dishes, but it is crazy good. The dish has thin pasta with cherry tomatoes, garlic, basil and extra virgin olive oil. The simple flavors combine well and go perfectly with their amazing bread. If you want to go all out on a fancy meal for a special occasion, try their sister restaurant Trattoria Lisina in Driftwood.

- July 6, 2020
If You Want To Keep That American Pride Going, Check Out This Video of Willie Nelson Singing ‘America the Beautiful’

The Origin Hotel group is breaking through in the Mueller Market District with a funky boutique style hotel with a vibrant flair.
- July 3, 2020
Co-ops to Farmers Markets – The Best Austin Purveyors to Buy From Locally

Jasmina from Well With Mina joins us again for wellness and health tips. This week she provides us with the best Austin purveyors to buy from locally!