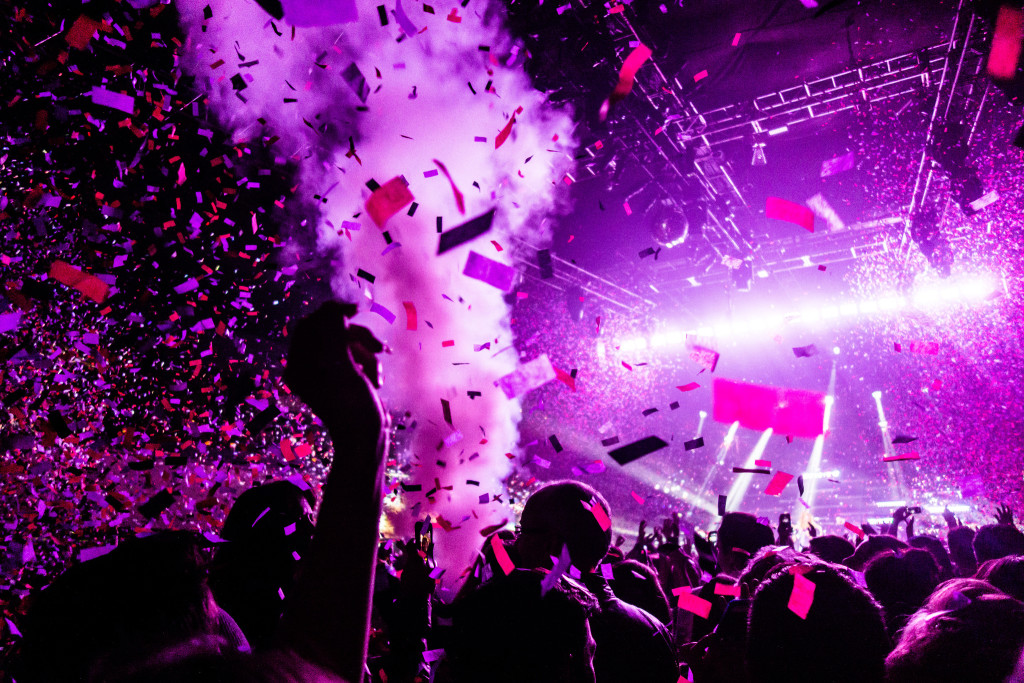 The Motet at The Scoot Inn

The Motet are a funk band from Denver, Colorado who puts out tracks that make you want to dance the night away as you become wrapped up in the music. The band will be making an appearance at the Scoot Inn as part of their current US tour and their energizing set is something not to miss, and as you listen you’ll want to explore more of The Motet and their tasteful tunes.

Freddie For A Day at Austin Beer Garden Brewing Company

A Giant Dog at Sidewinder

Local act A Giant Dog will be performing at the Sidewinder this weekend, introducing new fans and familiarizing old ones to their energetic style of rock that will delight fans of 1970’s punk rock for its grimy edge and indie rock fans for their independent and carefree attitude.

The Hoodang at Empire Control Room and Garage

To start off your Labor Day weekend on the right foot, we bring you a two day event called The Hoodang at The Empire Control Room and Garage which features great bands such as Memphis May Fire, The Color Morale, and Dayseeker. If you want to check out bands that will rip the roof off of a venue, this will be the perfect show to attend this weekend, as each group performing writes songs that will become stuck in your brain permanently.

Bayside at The Mohawk

New York punk band Bayside will be taking the stage at The Mohawk this weekend to melt faces and make your Saturday an enjoyable one. Performing thrashing and relatable songs that you will love, Bayside is a fantastic live band that should not go unnoticed when talking about live music.

The Sour Notes at Austin Beer Garden and Brewing Company

The Sour Notes are a band that loves to mix genres so that each song they write sounds unique and instantly recognizable. Releasing their current album Do What May in May of 2014, the group presents fans with an eclectic mix of tunes that are beautiful and catchy, while still having a biting edge that gives The Sour Notes a style all of their own. With a steady energy and feel good vibe, The Sour Notes are one of Austin’s more unique bands in the local scene today.

Africa Night at The Sahara Lounge

Los Kurados, who will be playing at The Sahara Lounge’s Africa Night this week, is a ska group that pull you in from the first song they perform, creating a great night for all who watch them. Always lively and exiting, we encourage you to attend this show at one of Austin’s most well known clubs.

With influences from country greats Waylon Jennings and Willie Nelson, Bracken Hale, a local Americana guitarist is a step back in time, as we hear a relaxed country singer whose vocal styles feels reminiscent of Johnny Cash. While he may not dress in black, Hale has a timeless quality to his music that old school country fans will love, due to Hale’s masterful storytelling and ageless musical style.

Netherlands EDM duo Vicetone are friends who are living the dream-performing their music to packed houses and adoring fans, a far cry from their childhoods when they lived hours away the nearest club in Amsterdam, with only a makeshift studio to satisfy their love for writing music. Performing at Kingdom this weekend, Vicetone is a DJ duo that everyone should watch, as their ability to draw their audience in is something to talk about.

Mike Flanigin at The Paramount Theatre

Mike Flanigin, a Texas musician who has been performing for two decades, will be playing the Paramount Theatre with a host of who’s who in the Texas music scene, including former local jazz singer Kat Edmonson to celebrate the release of his debut album The Drifter.  Combining different genres to provide different flavors and tastes in his tunes, Flanigin is an innovative and talented guitarist who Texas is lucky to have as a resident.