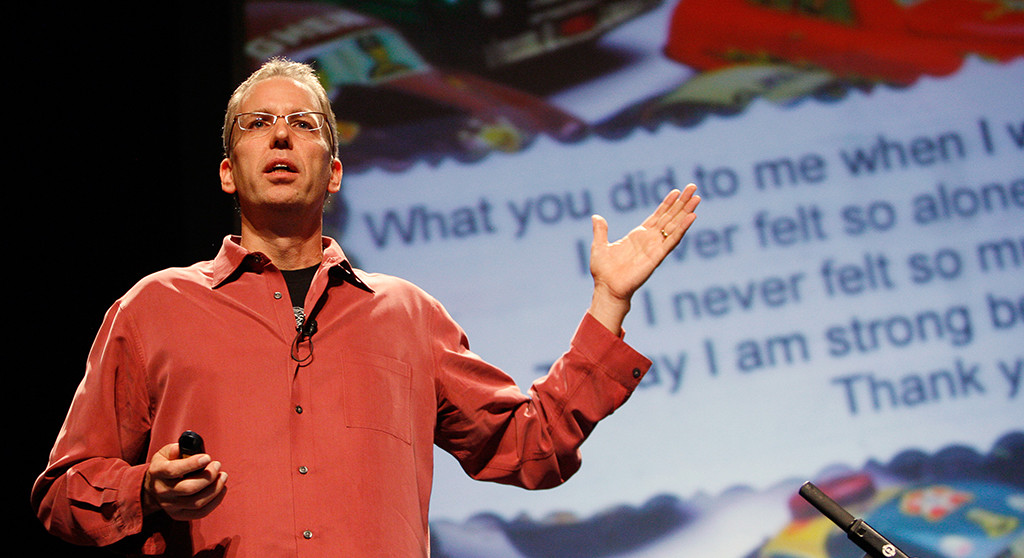 The Creator Of PostSecret Is Coming To The Long Center And We Interviewed Him!

The Long Center for the Performing Arts has a long history of connecting Austinites with amazing and thought-provoking speakers through their prolific “Long Center Presents” series, but the presentation they have scheduled for September 10 may just be their most powerful talk yet. That’s because they’ve invited Frank Warren — the man behind PostSecret and perhaps the world’s most trusted stranger — to share his journey and work.

PostSecret, an ongoing communal art project, was created just over a decade ago in Washington, D.C. as an experiment born from boredom and curiosity. Warren printed 3,000 postcards and passed them out to strangers in D.C. with instructions to “anonymously share an artful secret they’d never told anyone before” by mailing Frank the card. Needless to say, the project exploded in popularity and now, over one million people worldwide have mailed in their secrets, paving the way for PostSecret museum exhibitions, presentations, a viral website where Warren shares 10 new postcards each day. The community that’s risen up around his site currently has over 80,000 users, and more than 2 million follow PostSecret on Twitter and Facebook when each network’s audience is combined.

In admiration of Warren’s incredible impact, and in anticipation of his upcoming Austin engagement, we reached out with a few questions. Here are the high points of our conversation… Q: Could you tell us a little about yourself?

I’m 6’2″ and was never the guy in high school who people would naturally tell their secrets to. I’m married with a daughter and a dog. I once swam from Alcatraz Island to San Fransisco proper and over a million people have mailed me their secrets on postcards. The pyramids of postcards, higher than me, is now on exhibit at the Smithsonian in Washington D.C. as well as [in] a short TED talk I gave about the silly, shocking, and soulful secrets.

Q: What is PostSecret in your own words?

PostSecret is a group art project I started ten years ago. I invited strangers to mail me an artful and true secret on a postcard anonymously. Secrets have been arriving from around the world for over a decade. There are six PostSecret books, a popular website, and several art exhibits. My favorite part is traveling and sharing the stories behind the secrets. Talking about the most controversial ones, sharing my own, and listening to audience members tell theirs live.

Q: Why did you start PostSecret?

I started PostSecret because I had a boring job and I always believed that the most interesting people have these rich interior lives that we appreciate privately — inside jokes, hidden acts of kindness or revenge, unwritten love letters. I felt that if I could just convince everyday people to share their extraordinary stories with me, it would be something that I would find fascinating. The shocking part was that hundreds of millions of visitors came to the website to appreciate how special they were too.

Q: What does it mean to you to be a “secret keeper” — to have more than a million people entrust their most vulnerable secrets to you?

It feels like a great honor that so many people have trusted me with their deepest secrets. People ask me what’s next with the project, but my attention is always on just not screwing up that trust I’ve earned. The experience has been transformative. Seeing so many sincere secrets from others allowed me to uncover secrets I had hidden from myself. Maybe PostSecret is art and therapy. It is for me.

Q: Why do you think so many people have shared secrets?

I think that the process of finding the words to take ownership of a secret you have never told anyone, and then putting it on a postcard permanently, letting it go, exposed, into the hands of strangers, is ultimately very liberating. It can become a first step in a much longer journey of reconciling with a haunting secret.

The presentation will be held on September 10 in Dell Hall, beginning at 7:30. Here’s an event listing with links to buy tickets and add the show to your personal calendar. Tickets range in price from $29 to $49, depending on seating selection. The Long Center is also offering a limited number of VIP packages, each of which includes a copy of Warren’s “The World of PostSecret” book and access to a book signing before the show.

Also, watch for the PostSecret show (yes, the site is getting its own stage show), coming to the Long Center next March.