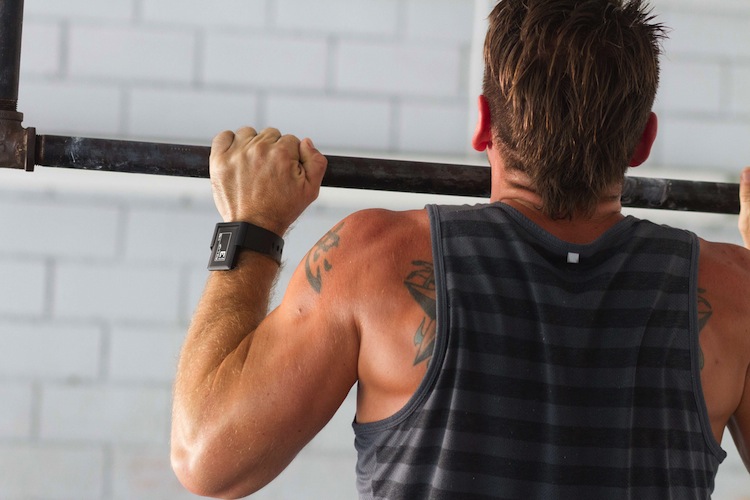 This Austin-Made Wristband Will Transform Your Fitness Life

Personal trainers are great, but having one for the long haul adds up. That’s why many Austinites and fitness enthusiasts in the know are turning to Atlas, a wristband made here in Austin that’s been called the most-advanced fitness monitor available to date.

That’s a pretty big claim, but once you hear what it does, it’ll make sense.

Atlas, founded by Peter Li and Mike Kasparian almost two years ago, is not your typical wristband. It’s a fitness monitor, with a touch screen display and adaptive algorithm, that tracks your progress, identifies movements and monitors heart rate. It then alerts you when an adjustment is needed, when it’s a good time to rest and what you may need to work on in your form. You even have the option to report the data to the Atlas community, which could help you not only motivate others but also figure out which workouts have worked best for other people your size. “Atlas is designed to change how people view health and fitness by enabling everyone to access personal data with very little manual input,” said Li, who worked on Atlas while traveling and crashing on friends’ couches right after graduating college. “It’s like having a personal trainer that can follow you around and record everything for you and help you understand it all.”

Atlas Wearables’ initial funding came from a three-month mentorship from Austin Techstars, which brought the team to Austin during the fall of 2013. Since then, Atlas has raised $1.2 million more in investment capital and $630,000 for its first round of pre-orders, set for delivery this winter. And though the Atlas team (which consists of nine local full-timers and three full-timers workers overseas) could go anywhere now that the mentorship is over, they don’t want to leave Austin.

What has kept the Atlas team in Austin, according to Li, is the city’s “incredible fitness community and talent.” He also noted the weather, despite being a cold day during the Austin.com interview.

To preorder your own Atlas wristband, which will be part of the next batch delivered in spring, go to AtlasWearables.com. It costs $249, which is cheaper than an ongoing personal trainer and worth every penny.