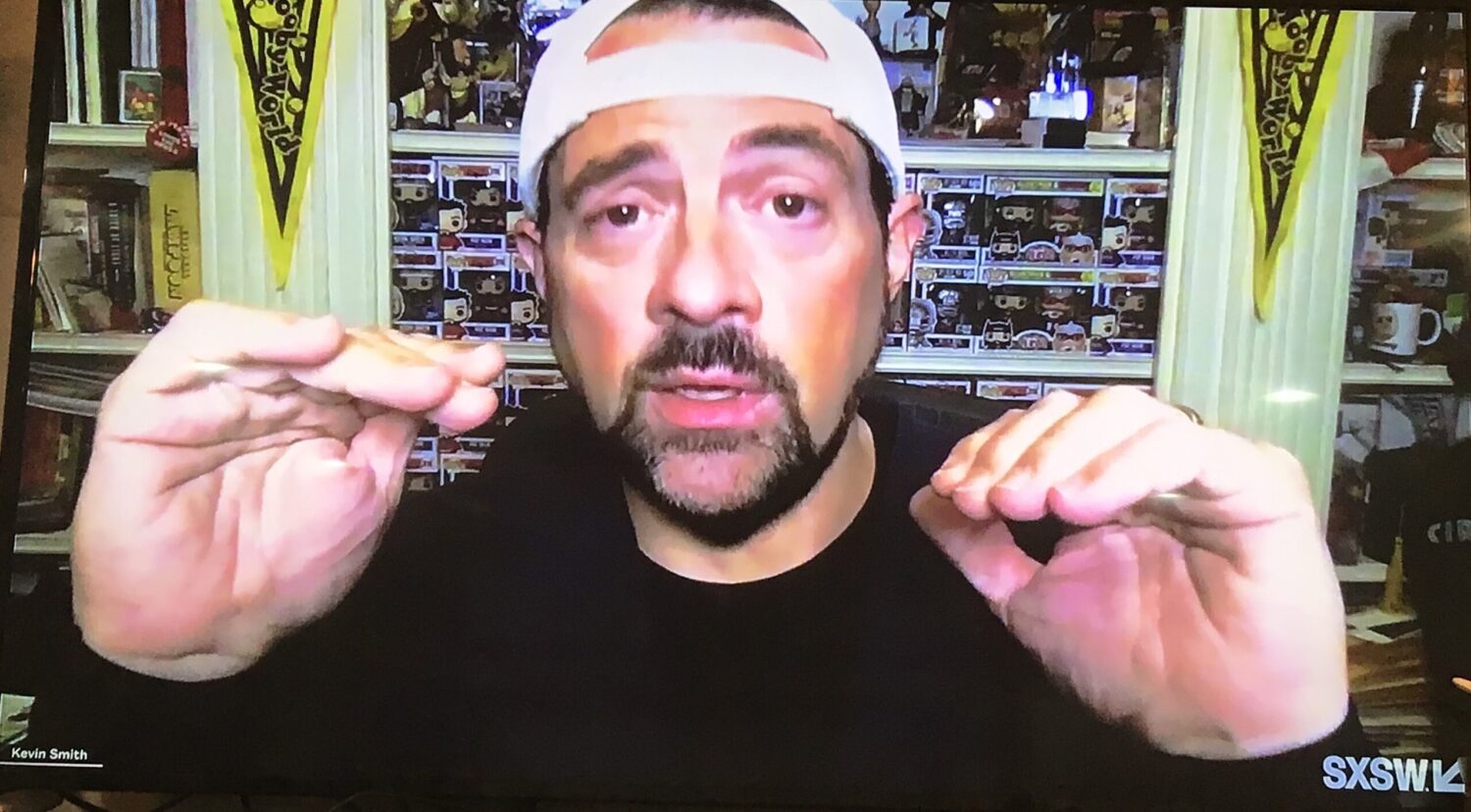 Here’s Why You Should See The Kevin Smith Documentary Clerk

Kevin Smith was supposed to be at SXSW in 2020 to premiere the documentary Clerk, which chronicles his career in film. The title of the doc may remind you of Smith’s debut film Clerks, as well it should. That film launched his career and went on to create a subculture for both filmmakers and movie fans.

In March 2021, Smith and Clerk director Malcolm Ingram returned to SXSW to finally screening the flick at the 2021 virtual event. But that’s not all! On November 3 they’re back in Austin hosting a special screening of Clerk at The Paramount Theatre, with a Q&A to follow!

We had the opportunity to see the film at SXSW and if you’re a fan of Kevin Smith, you do not want to miss this film.

Clerk is an examination and celebration of Smith’s. It’s the story of how one kid from Jersey completely transformed the cultural landscape. The journey began 25 years ago at the Sundance Film festival where his DIY film Clerks took the film world by storm. He went on to build a successful career as a filmmaker, podcaster, stand-up comedian, author, comic book writer, television producer, and a veritable pop culture icon with a very large and loyal fanbase.

This film industry star studded documentary will either rejuvenate your love of Kevin Smith or perhaps make you a first-time fan. Silent Bob is anything but silent in his interviews. Smith is honest and raw in telling the tales of his 30 year career in the industry. Stories are woven throughout the film as told by cast, crew, and family. Ben Affleck, Matt Damon, and Stan Lee are just a few big names sharing stories about Smith. You’ll laugh, you’ll cry, you’ll want to watch (almost) every Kevin Smith film ever made (we’re looking at you Jersey Girl). Clerk is a story about an underdog who made his first movie with his friends and never stopped.

In a Q&A following the SXSW film screening, Smith said, “Austin stay weird but mark your calendars!” They have been marked since and the day is finally here.

Tickets are still available for Clerk at Austin’s Paramount Theatre on Wednesday, November 3.