Y’all, it’s official. Now that rock climbing has been approved for the 2020 Olympics, you’re going to want to remember the name “Maya Madere.”

Madere is a native Austinite who is making a name for herself in the youth rock climbing world. We recently caught up with her at Austin Rock Gym to discuss her love of bouldering, her training regimen, and her past success and future goals for competitive climbing. During that interview, it became very clear to us that 17 year-old Madere possesses wisdom beyond her years and has cultivated the skill and mental discipline necessary to continue excelling in her sport. 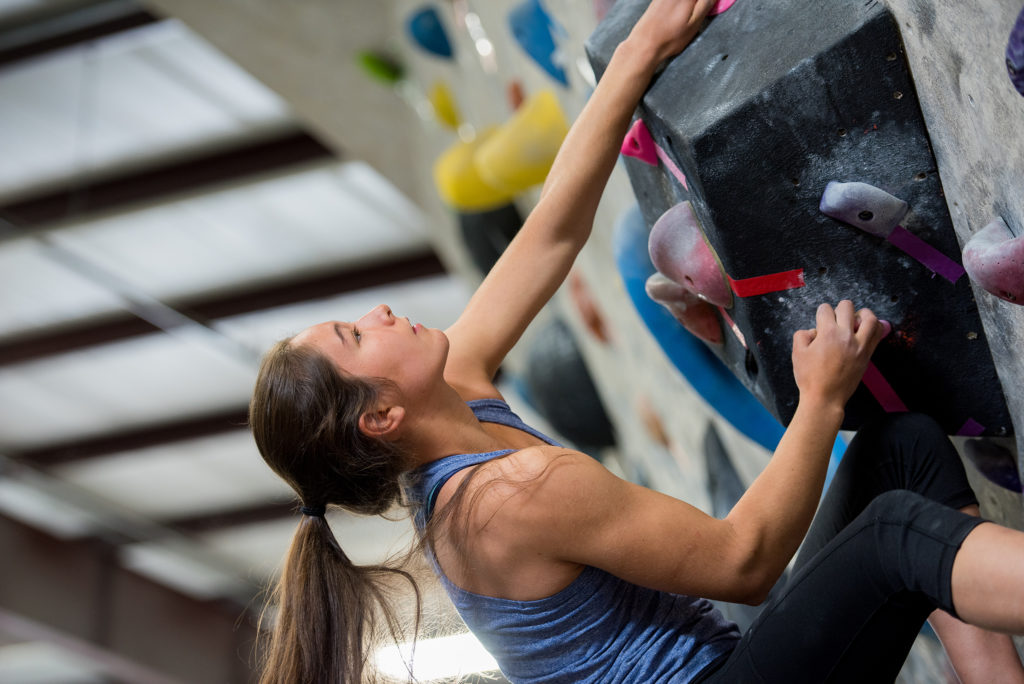 This year, Madere won the 2016 USA Climbing Youth National Championship in Bouldering — low-height, rope-free rock climbing above high impact flooring. That victory qualified her to compete at the 2016 IFSC World Youth Championships in Guangzhou, China, which took place from November 7 to 13.

Madere’s family, her longtime coach John Myrick, and the rest of the Austin climbing community expected her to perform well in the international competition, but in truth, she shocked even herself by claiming third place overall in her event.

“This competition was definitely one of the proudest and most significant moments in my life so far,” Madere told Austin.com. “I usually think to myself after a competition, ‘I could have done better,’ but this time, I knew I had done the best I could possibly do. As somebody who often struggles with confidence and nerves, this was a major breakthrough for me. I felt like I learned a lot about myself and about how to put my brain into the ‘competition mindset’ so that I can better focus on competing instead of being distracted by nerves and doubt.”

In Bouldering, competitors climb difficult but short routes within limited amounts of time. Each climber can attempt a route, or “problem,” as many times as necessary in order to complete it or to reach the highest handhold possible. Higher scores are awarded to climbers who “top” routes with the fewest attempts.

Unfortunately, Madere’s family could not attend the competition, but they faithfully monitored the online scoreboards from their computers, holding their breaths until results updated.

“We were kept in the dark much of the time because there was no live streaming,” said Monica Flores, Madere’s mother. “It wasn’t until Maya texted me, ‘I PODIUMED MOM’ in all caps that we knew she had won the bronze… I was so proud, but mostly just happy for her because she has been so focused on climbing. She really deserves it.”

Madere plans to compete in USA Climbing’s Bouldering Nationals in Feburary 2017. We’ll certainly keep you posted on that front, but for now, you can watch her climb four problems in the finals below. The first problem (:24) gives her some trouble, but she makes short work of the second (:57), completes the third (:1:24) in only two tries, and comes extremely close to topping the fourth (:1:50).