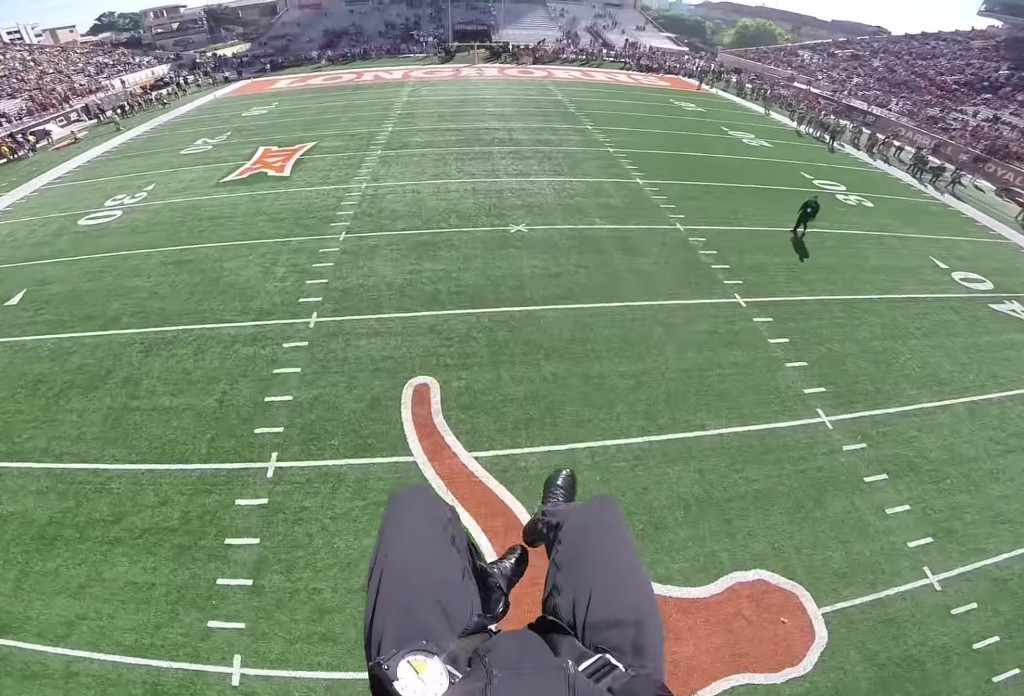 The Longhorns’ big home game win last Saturday over West Virginia got its start in spectacular fashion thanks to the U.S. Army’s Golden Knights, a skydiving team that helps raise awareness of military careers.

If you were at the game or even watching at home, you probably saw these guys dropping into Austin’s DKR Stadium. But you might not have noticed that these heroic airbenders were wearing GoPro cameras on their helmets. Watch: