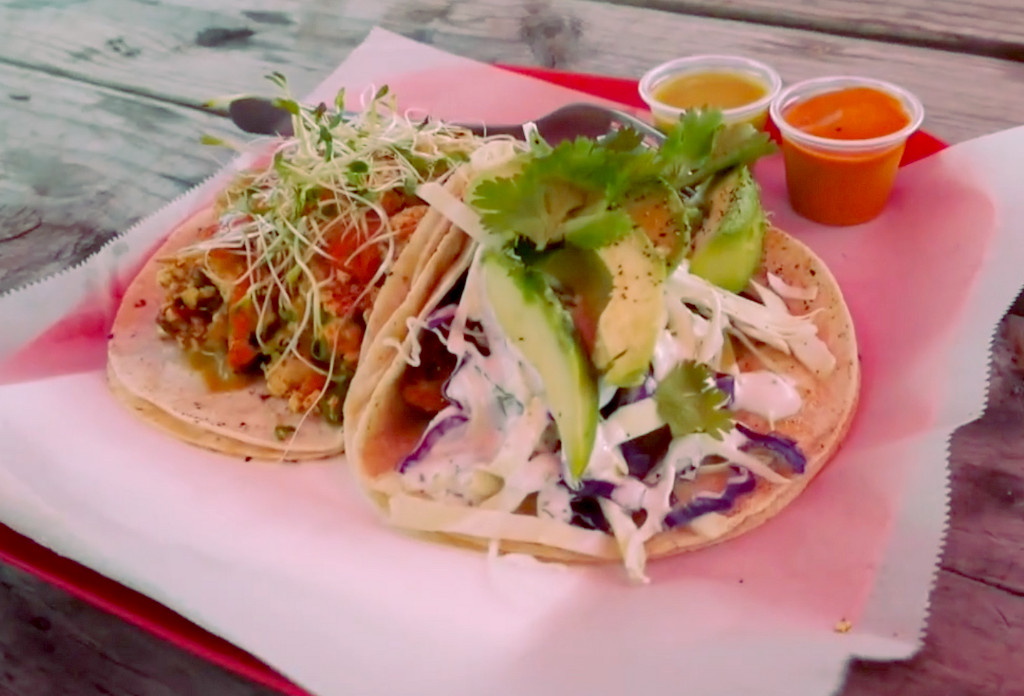 If you’re asking yourself, “How in the hell do the words ‘vegan’ and ‘taco’ even fit into the same sentence without getting into a fight?” then you’re just like every other reasonable Austinite. We love our tacos, and 99.98 percent of the time, those tacos include meat, at least eggs, and definitely some kind of cheese.

In other words, vegan and taco don’t seem to be things that mix — except at Vegan Nom, Austin’s first all-vegan taco truck. These radical foodies have taken all-veg and run wild with it, creating tacos that you’ll swear are every bit as satisfying and substantial as a wad of barbacoa beef wrapped in corn and slathered in spicy green sauce.

Vegan Nom: Rockin’ Vegan Tacos, currently located at 120 E. North Loop, has all the staples you’d find at other Austin taco spots, but they put their own spin on things. There’s even a vegan breakfast taco with vegan bacon and scrambled tofu — and it totally tastes like a regular ‘ole breakfast taco except it’s way healthier.

In the video below, Stephanie Anderson, Austin.com’s resident video maven, conquers two of Vegan Nom’s most popular items and sits down with the trailer’s creators to find out what makes them so special. This is her second addition to Austin.com’s video series focused on the city’s restaurants. Her first entry — a tribute to Austin’s legendary (but now-closed) Dog & Duck Pub — can be found here.