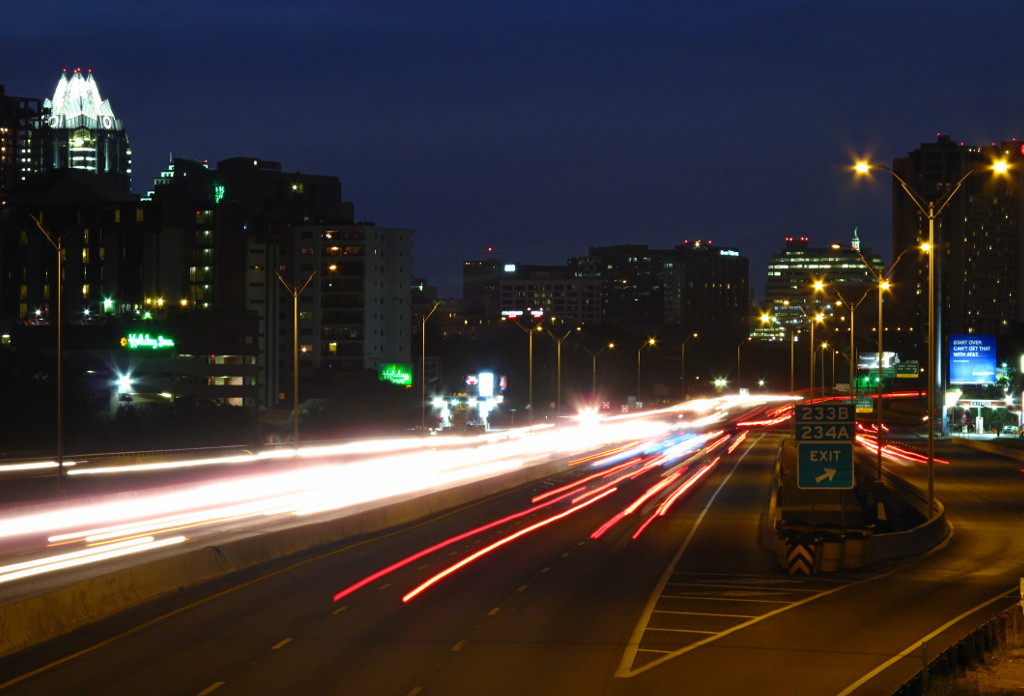 So, Toll Lanes On I35 Through Austin Could Become A Thing

Austin residents will have three opportunities this week to tell the Texas Department of Transportation (TxDOT) what they think about the possibility of building toll lanes on I-35 through the most congested segment of highway in the whole state.

Toll lanes are just one of the possible expansions up for discussion during the TxDOT meetings, which will also lay out the possibilities of dedicating that extra drive-time real estate to “high-occupancy vehicle” lanes, or for general use by everyone on the road.

The discussions are part of an ongoing project called Mobility35, which studies short and mid-term solutions to congestion on I-35. Mobility35 was formed in 2011 after so many large-scale ideas for improving the highway were laid to rest that everyone just agreed incremental improvements were the only way forward.

Tolls or none, something really must be done. A recent study by Texas A&M found that I-35 through downtown Austin is has the worst traffic of any highway in the state, and predicted that if nothing is done within the next 20 years, a commute from south Austin to Round Rock will eventually require over two hours to traverse.

Of course, toll lanes on I-35 would be a very contentious proposal. A similar plan is already afoot for Highway 183, which jams up quite impressively during rush hour near the airport and at its intersection with I-35. Folks are not happy about that either, but the general feeling among many Austinites is that something is better than nothing.

Still, the public meetings in Austin this week will attract an interesting set of participants thanks to Governor Rick Perry’s well-known affection for toll roads: A fact that’s only added heat to the bubbling cauldron of internal animosity that is the Texas GOP right now.

During Perry’s decade-plus as the state’s Chief McMuffin, The New York Times says Texas has stacked on up to 25 new toll roads, many with the help of private companies — some of them from overseas — that now hold lengthy contracts for collecting payments from Texas drivers.

But Tolls are not officially Taxes, you see. Perry’s people, and every other mainstream Texas Republican, call them User Fees. Uttering the “T word” around this state can get you impeached, which is one of the reasons why Texas roads get neglected. And that’s not even mentioning the drama over public school funding in Texas. (It’s getting pretty ugly.)

In other words, if you go to these meetings, expect quite a show. Hey, it’s cheaper than Netflix. Who knows? You might even have something insightful to add.

Get up close and personal with TxDOT from 5-7:30 p.m. on Tuesday at Akins High School; on Wednesday at the Frank Fickett Scout Training and Service Center; and on Thursday at Kealing Middle School.
——