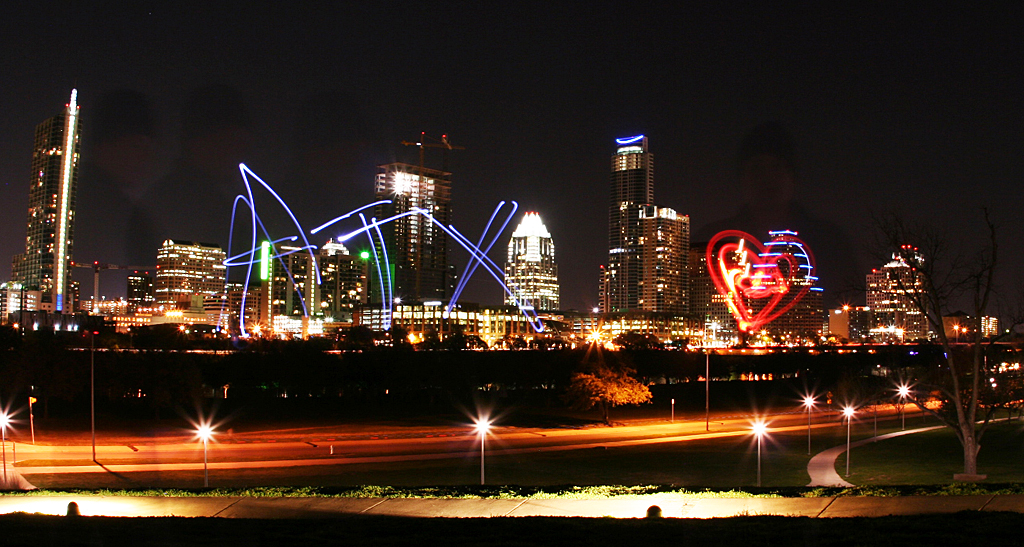 These Three Myths About Austin Have Got To Go

Know a thing or two about Austin? Then you’ve probably ran into your fair share of pernicious, exaggerated, and frankly untrue myths about our fair city, typically circulated by cranky Californians, nosey New Yorkers, and downtrodden Dallasites. But no hard feelings, guys: We get it! That hatred is just a side-effect of us being the best-branded city in America right now.

Of all the grumbling about Austin that sometimes catches people’s attention, there are three myths in particular that strike us as the most persistent and most unfair of all. So, we’re taking this chance to crush them under the heels of the steel-toed cowboy boots all Texans secretly own. In short, these three Austin myths have really got to go…

Myth 3.) The weather in Austin sucks When you travel out of state and you tell people that you live in Texas, someone is bound to comment with some degree of admiration and/or pity. “I’ve heard it’s hot there,” you may hear. Or, “How can you stand the humidity?” Next, they’ll start talking about the beautiful weather where they live—how it’s always temperate in the Pacific Northwest (unless it’s raining, of course, which is always) and how Colorado has a beautiful mountainous climate (and mudslides and blizzards and thin, dry air, thanks to the high altitudes).

Yes, we do have some brutal summers here in Austin. There are days when 100+ temperatures and pervasive humidity find us wherever we are, even indoors right next to the AC vent with the fans on high as we sip cold Sweet Leaf Tea or enjoy a hearty serving of Amy’s Ice Cream. But seriously, guys, the weather in Austin is not bad. Spend some time hiking through the desert at Texas’s Big Bend National Park and you’ll appreciate just how comparatively mild our summers are in ATX.

The truth is, aside from some occasionally brutal summer months, Austin sees a lot of truly pleasant weather and our climate dovetails quite well with our lifestyles. In fact, the National Oceanic and Atmospheric Administration (NOAA) reports that the average annual temperature in August, our hottest month, has lingered in the mid-to-high 80’s since 1854. A different NOAA study shows that we enjoy clear, sunny skies 60 percent of the year. That means more time outdoors doing the activities that we love, like soaking in natural swimming holes and hiking trails with our dogs. Sure, we don’t get a lot of snow here, but we don’t know how to drive in it anyway! And if you’re one of those folks who can tolerate some mildly cool air, it’s also hard to complain about being able to wear t-shirts in December.

Sorry Portland folks, but the “Keep X Weird” motto was created in Austin in 2000 by Red Wassenich, a long-time Austinite who coined the term during a radio interview. Portland has been pulling out all the stops to hijack it ever since. “Keep Austin Weird” means supporting unique, local businesses and “everyday weirdoes,” which are the very heart and soul of Austin, while simultaneously resisting the influx of big-box stores, multinational corporations, and all the other evil forces of Darth Homogenization.

“Many, probably most, think of the weird aspects of Austin as the highly visible ones—Leslie, the cross-dressing homeless perennial mayoral candidate, funky stores along South Congress, and the freakish number of live music venues,” Wassenich wrote in his book, Keep Austin Weird: A Guide to the Odd Side of Town. “But to me the fundamental weirdness is the high quotient of everyday weirdoes working in the next cubicle, living next door, sitting next to you right now, building statues out of beer bottles… Do your part. Fill your bathtub with banana oil.”

Not surprisingly, “Keep Austin Weird” is easily our unofficial city motto. In fact, the slogan has spawned all manner of snarky variations, such as “Keep Austin Blue” (aka, “Down with conservatism!”) and “Keep Austin Whiskered” (because we need cat-focused animal shelters, y’all). There’s even the fun-sucking “Make Austin Normal” campaign, which hasn’t much affected Austin’s resident goofballs. Every year, they weird it up for charity at the annual Keep Austin Weird Fest & 5K at Auditorium Shores, and the events only get stranger from there (looking at you, Eeyore’s Birthday).

Myth 1.) Austin is only full of bearded hipsters and dirty hippies You’ve probably heard it said that Austin is a sort of Neverland where carefree hippies and brooding hipsters go so that they never have to “grow up” and get real jobs. However, while Austin does contain a thriving population of YOLO-flavored hipsters and aging, dreadlocked hippies, focusing on them glosses over Austin’s tremendous diversity. We’ve got all manner of subcultures represented in our ranks: Hippies and hipsters, sure, but also yuppies and yupsters, yippies and yindies (yes, they’re all different), and lots and lots of prep. In Austin, geeks and nerds are literally taking over the world with their oh-so-clever startups, even while zombified versions of the Founding Fathers storm the Capitol and demons attend city council meetings. We even have four different steampunk societies and an annual Comic Con, along with that whole SXSW thing.

You see, despite our diversity and differences, nearly all Austinites take pride in the city’s culture for two specific reasons: We accept people from all walks of life, and practically anyone can come here and chase their dreams, all surrounded by a community of amazingly different individuals bound together under our banner of weirdness.

So, sure, maybe the haters want to focus on those hot months, our alleged unoriginality, or the presence of furry-looking dudes on our sidewalks. But they’re just jealously nitpicking. The simple fact is that our taco-loving, dog-rescuing, music-fueled culture is contagious. And if you’re not from here, y’all should come find out why.