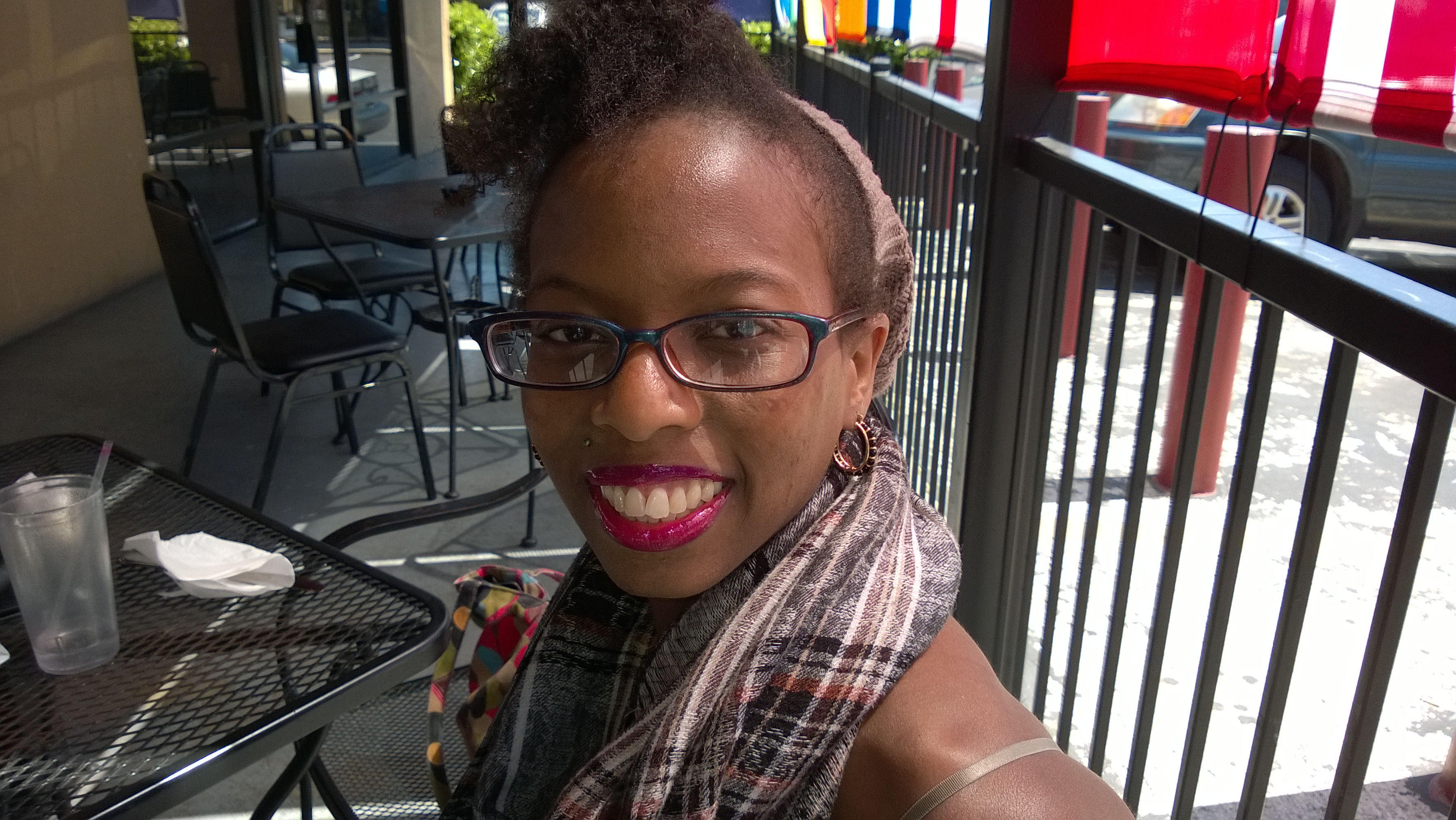 This Hilarious Lady Might Be Austin’s Biggest Comedy Geek

Austin ain’t just the Live Music Capital of the World. It’s also home to a booming comedy scene. Not a single night goes by in our city that doesn’t feature numerous comedy shows. Lucky us!

One of Austin’s finest comedians is Maggie Maye, a multi-talented, all-around-awesome lady. Whether it’s via stand-up, sketch, or improv, Maye is on a mission to make you LOL. This self-described candy freak has been keeping Austin weird and funny for a decade, and she’s more popular than ever these days. In fact, you can get a poster of Maye from the Austin Public Library because she’s just that cool!

Maye, the daughter of Nigerian immigrants, grew up in south Texas. That cultural melting pot gave her a unique perspective on the first generation American experience. Looking back on her formative years, “I felt more weird than black,” she said. She could always make people laugh, and knew from an early age she wanted to pursue a career in comedy.

Embracing her inner weirdness, she landed in Austin after college and quickly began making her mark. The first time she tried stand-up, she remembers telling herself, “If you don’t try it now, you’re never going to.” That moment of bravery has propelled her along a hilarious path.

Here’s Maye’s set from the 2013 Funniest Person in Austin semi-finals. It’s a little NSFW, but totally worth it.

Maye is a fixture on the festival circuit, and has been making a name for herself wherever she goes. Her goal is to make a living in comedy, but she’s not looking to take the easy road to fame and fortune. She hones her jokes with scientific precision; one laugh at a time. “One of my biggest fears is that people will tell me I’m good at something just to spare my feelings,” she said.

Arcie Cola: What do you enjoy about living in Austin?

Maggie Maye: Austin is a fantastic city and the comedy crowds are smart and fun. Plus, it’s relatively close to family, which I like.

What do you find challenging about living here?

Not enough places that’ll deliver queso and candy to me at 1am. That’s kind of my issue with everywhere, though.

Who are your favorite Austin comedians?

This is a hard question to answer because there are so, so many good comics in town. I love Lashonda Lester, Raul Sanchez, Chris Cubas, Ashley Barnhill, Zac Brooks, Danny Palumbo, among many, many others.

How has the comedy scene changed since you started?

It’s way bigger. Austin has seen an increase in people doing comedy and moving here specifically to do comedy, which is pretty awesome.

What advice do you have for aspiring comedians?

Write a lot, perform a lot, and be nice. You can’t get good at comedy if you don’t work on it. Also, if you’re mean, you don’t give people a lot of incentive to want to work with you.

What is your favorite memory as a comedian?

Opening for Gladys Knight and passing by a bunch of the concert goers on the way to my car. Someone in their car yelled my name and started honking, then everyone else in the parking garage did the same.

Where do you see your career in 5 years?

Haha, I don’t know! There are a lot of things I hope happen in the next 5 years, but I’ll just have to wait 5 years and see where the journey takes me. All I know is I’ll have 5 more years of knowledge and experience. I hope to be doing more and creating more.

Maye will be headlining the Velveeta Room June 26-27, and appearing all over town throughout the summer. Check her website for a full schedule.