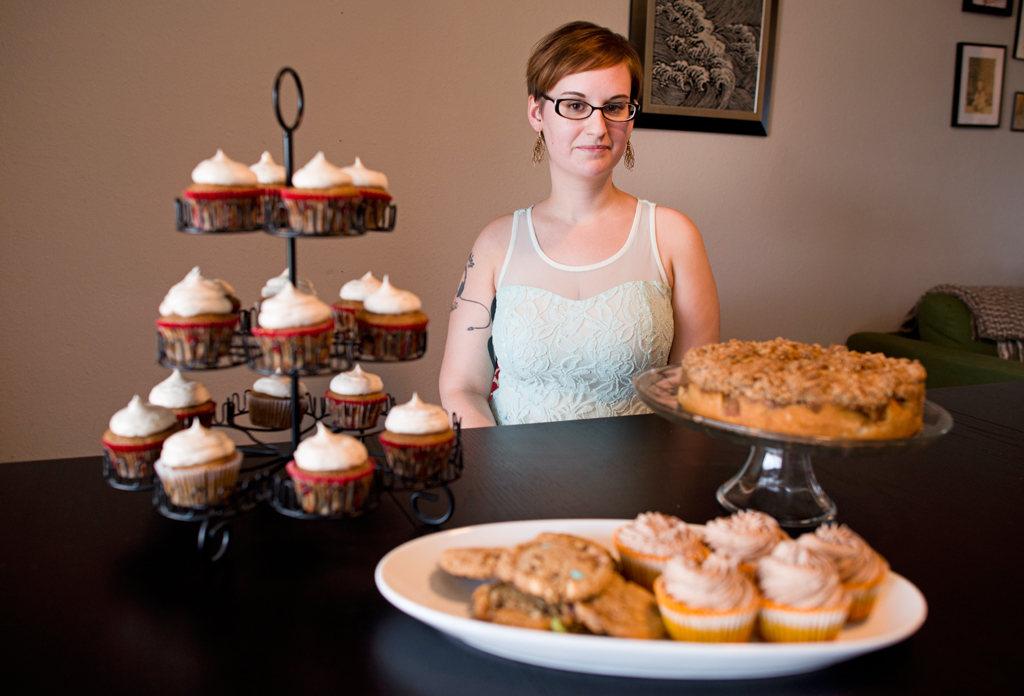 This Austin Baker’s Unique Treats May Literally Get You Drunk

Question: What better city than Austin is there for boozy breads and fuddled frostings? Sure, maybe you’ve never heard of getting drunk off pastries, but we were rated fifth-drunkest city in America last year by The Daily Beast, so it’s clear that Austin loves its alcohol… And nobody hates cupcakes, right? In other words, it makes sense that sweet treats infused with alcohol would do well here.

But Austin’s love of liquor and sweets cannot fully explain why transplant Austinite Angela Rose DelRossi’s company, Brave New Baker, is busier than ever these days. She’s only been in town for a year, and her direct-to-clients bakery service is already taking over her life. “I feel like Austin is such an adventurous city and people here are more receptive and more willing to try flavors they haven’t tried before or aren’t used to seeing from a baker,” DelRossi told Austin.com.

“I put little spins on what you already know, but maybe you’ve never tried it this way,” DelRossi said.

The Brave New Baker formula is not just reliant on the fact that there’s alcohol in those ‘cakes, either. Running the company primarily out of her home, DelRossi also makes instantly perplexing pastries like bacon cupcakes, which are dark chocolate cake filled with homemade bacon chocolate chips, then topped with chocolate frosting, candied bacon, and sea salt; and shortbread bars filled with varieties of mashed-up candy.

She also delivers. Yes, you read that right: You can get alcohol- and bacon-infused pastries freaking Delivered in Austin.

Her “little spins” on those old staples are the result of years in the kitchen, DelRossi explained. She began baking in earnest five years ago while living in New Jersey, and just stuck with it. She started baking for friends, family, and even coworkers, then expanded to local markets and charity events.

Today, DelRossi’s labors of love fuel a full-time business that directly serves individual clientele, meaning she’ll bake for anyone who is willing to pay for it. She most often sells pastries by the dozen, with prices never topping $30. Brave New Baker’s pricing, she explained, comes in “somewhere between supermarket price and storefront bakery price.”

Up until now it’s been a bit difficult to find Brave New Baker online because their website is undergoing maintenance, so most of their work has been from word-of-mouth advertising that leads to direct contact with clients. So, if booze- and bacon-infused pastries are maybe your thing, you’ll have to email DelRossi directly at [email protected], or follow Brave New Baker on Facebook or Instagram.

If you’re brave enough to try one or three or a dozen of these amazing treats, you’ll be glad you did.