Think Austin Rent Is Bad? There Are 25 Cities Where It’s Worse 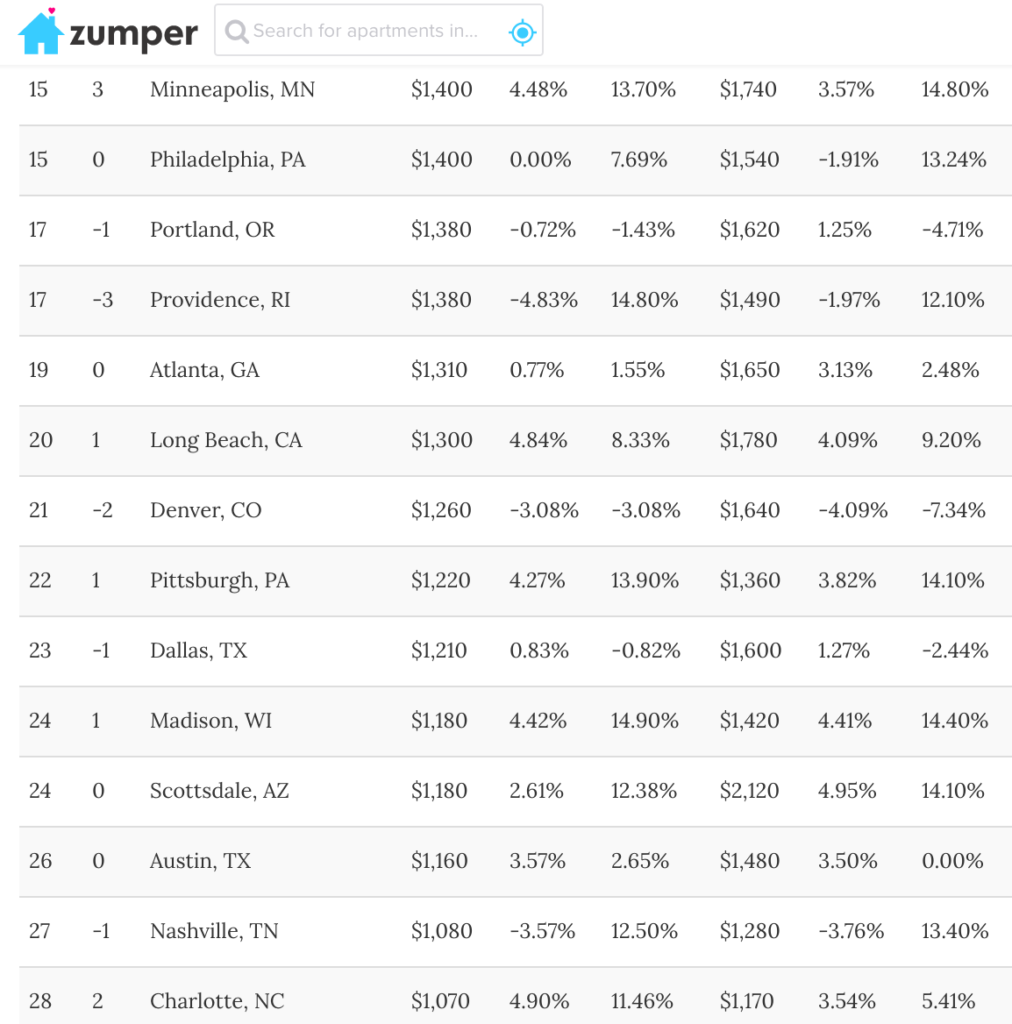 As hard as it hits our pocketbooks, it turns out that the rent in Austin isn’t the worst in the country — not even close. As a matter of fact, according to the monthly report by rental marketplace website Zumper, Austin rental prices even manage to come in lower than those in Dallas.

From Zumper: “The Zumper National Rent Report analyzes rental data from over 1 million active listings across the United States. Data is aggregated on a monthly basis to calculate median asking rents for the top 100 metro areas by population, providing a comprehensive view of the current state of the market. The report is based on all data available in the month prior to publication.”

Things seem to be looking up for renters across the nation, as even some of the priciest markets, including San Francisco and New York, saw a decrease in price. This decrease in prices can be attributed to a variety of factors including the market for two bedroom apartments slowing down and the coming winter months when individuals are less likely to move. Two bedroom rentals in Austin are projected at costing around $1,480.