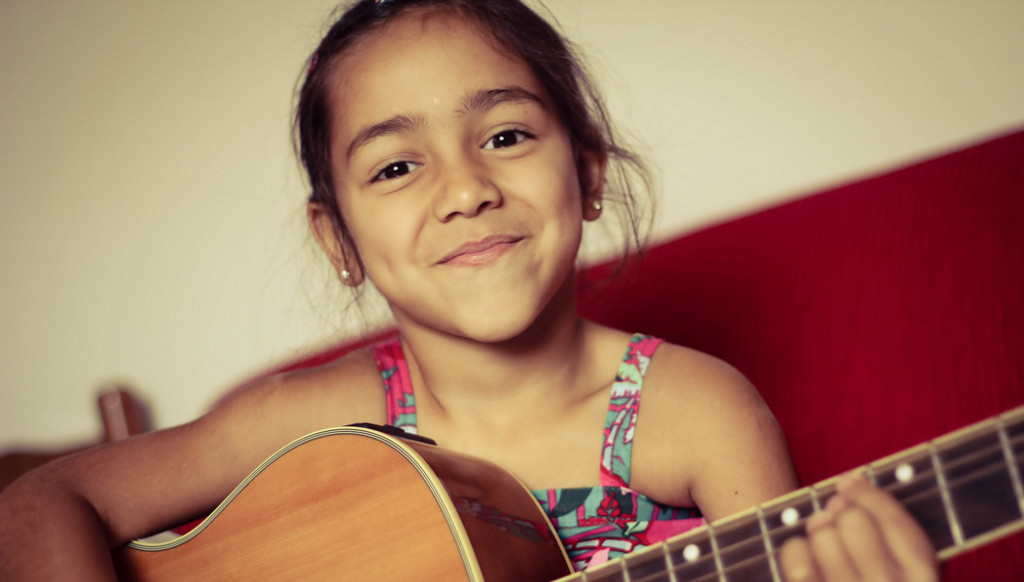 Austin has many wonderful organizations dedicated to its music scene, including one that caters to its youngest musicians. Founded in 2009 by Karyn Scott, Kids In A New Groove, or KING, strives to provide children in the Texas foster care system with regular music mentorship that consists of weekly music lessons that take place at the foster homes of its students.

Scott began her career working with foster children by starting an organization called Kids In New Digs, which focused on donating clothing to youth in foster care. While she had a full-time career as an assistant district attorney in Austin, mostly working in felony court, she was eventually moved to juvenile court and immediately saw a need to help children who didn’t have access to other important community resources. After a few years of working with Kids In New Digs, Scott felt like she wanted to do something more meaningful and lasting for kids she worked with. So, she began pairing music teachers with foster youth, and Kids In A New Groove was born.

While no one working with the organization has a musical background, Karyn truly believes that “music is a powerful human connector.” After managing a few local bands, she used her connections to recruit Austin musicians for her organization, and it turned into something truly special and unique. Scott even said they are “the only people in the United States who are mentoring youth in foster care specifically through music lessons.” The program provides a positive outlet for kids, she explained, because learning an instrument gives them a sense of identity and ownership.

Check out this brief overview:

When it comes to instructors, KING relies heavily on volunteers to make their program successful. Thanks to the kindness and generosity of the professional musicians who participate, many kids between ages six to 21 have form lasting bonds and friendships before they age out of the foster care system, which can be vital to becoming a healthy adult. While volunteers do require an interview, background checks, and some training, the main thing KING looks for is passion for music. At the end of the day, that is what influences the children they are teaching. All musical skill levels are accepted for volunteers (yes, even beginners), provided the instructors agree to teach for one year.

Though the organization is not well known throughout Austin, Scott says people tend to get excited about KING’s work when they first hear about how much impact they’re having on young lives in Texas. Word of their good works often spreads person to person thanks to KING’s Concert Club, a series of performances held four times a year in venues throughout the city, and sometimes in private homes. The funds these concerts bring in, along with the generosity of their donors, have helped KING grow to the point that Scott recently announced she’s branching out with a new initiative called “Care2Rock” which will support KING’s efforts.

While that does mean leaving the helm of the nonprofit she founded seven years ago, Scott’s large shoes have been appropriately filled. KING recently announced that certified fundraising executive Christine Kutnick has taken Scott’s place. “I am so excited to join Kids In A New Groove,” Kutnick said in a press release. “Karyn had an amazing vision for the organization and I look forward to moving it forward and ensuring that it will sustain over time.”

While many of KING’s participants take their passion and confidence for their new hobby with them as they rebuild their lives, there have been a few children who have gone on to do music professionally, as well as one student who opened for Blues Traveler with his teacher at a local performance in 2011. While their students continue to thrive in a positive environment, the sky is the limit for Kids In A New Groove as they continue to improve the lives of the children they serve.
——